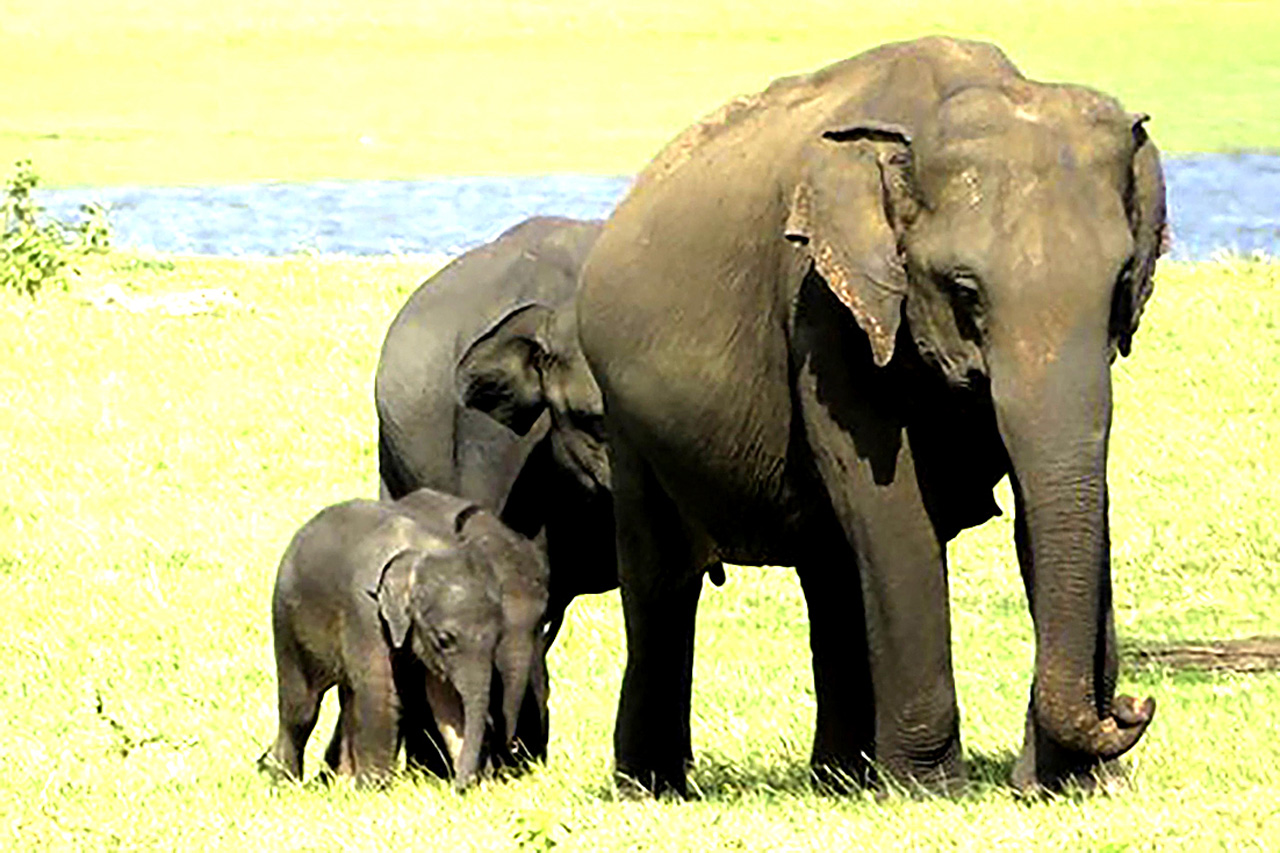 A pair of baby elephants with their mother at the Minneriya National Park, north-east of Colombo. — AFP photo

COLOMBO: A pair of baby elephants feeding from the same mother have been spotted in a Sri Lankan national park, with officials speculating yesterday the two could be a rare set of twins.

The young tuskers — who rangers estimate are three to four weeks old — were spotted in the Minneriya sanctuary about 200 kilometres north-east of Colombo, grazing with a herd of about a dozen elephants.

After observing the pair from a distance, officials are confident enough to “say they are twins,” Department of Wildlife Conservation Director-General Tharaka Prasad told AFP.

The two were also photographed feeding from the same cow on Monday by renowned conservationist Sumith Pilapitiy, who also told AFP he believed the two were twins.

Rangers were carrying out DNA tests on the herd’s dung to confirm, Prasad said.

If the results matched, it would mark the first time wildlife officials on the Indian Ocean island had sighted twins alongside their mother, he added.

The sighting was near the area where seven elephants died from poisoning in September, in an act blamed on local farmers.

Nearly 200 elephants are killed every year on the island, many by farmers after the pachyderms stray onto their land.

Marauding elephants kill an average of 50 people annually, mostly when they stray into villages near their habitat.

The country’s elephant population has declined to just over 7,000 according to the latest census, down from an estimated 12,000 in the early 1900s. — AFP

Previous ArticleMandy’s a bigger hit after changing her tune
Next Article Brain problems linked to even mild virus infections: study