Sunday, September 20
You are at:Home»News»Crime»13-year-old school dropout arrested for allegedly brawling with 4 others in Sibu 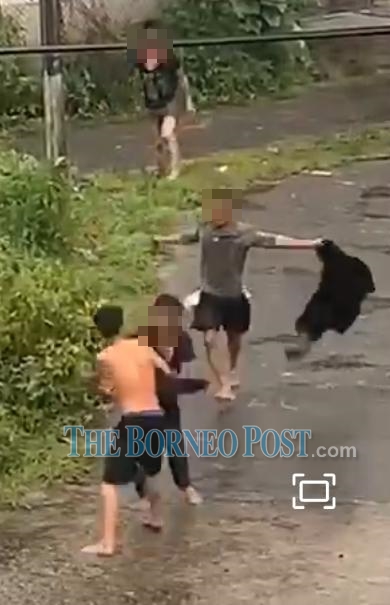 Still image taken from the video of the incident shared on social media by netizens.

SIBU, Sept 9: A 13-year-old school dropout were among five individuals arrested by the police for allegedly being involved in a riot at Jalan Tong Sang here at 4.55pm yesterday (Sept 8).

Sibu police chief ACP Stanley Jonathan Ringgit said that the suspects — comprising a teenage girl and four men aged between 24 and 27 — were believed to be intoxicated during the incident.

He said that police investigation found a fight erupted among the male suspects following an altercation between two of them.

“Two of the male suspects were lying on the road when police arrived at the scene after being alerted by members of the public.

Police also seized a wooden stick used by one of the suspects during the fight.

All suspects were remanded for four days starting today, and the case is being investigated under Section 148 of the Penal Code.