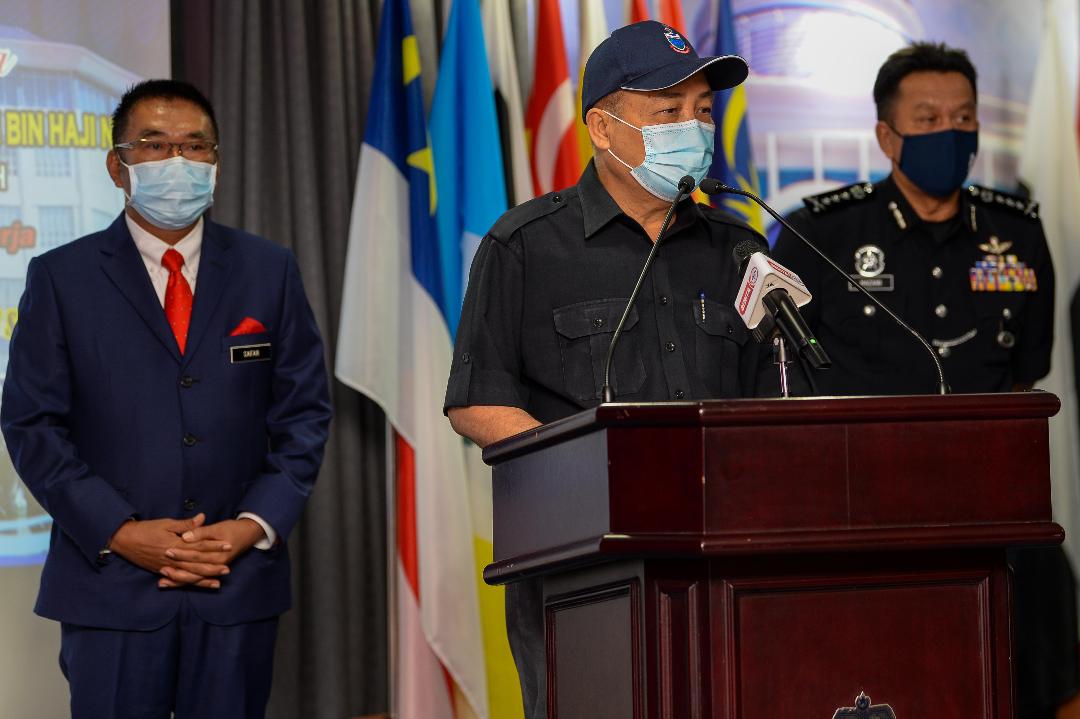 A one-off RM300 cash payment and food baskets aid will be given to assist people affected by the implementation of the Movement Control Order 3.0 beginning June 1.

“The State Cabinet has on June 9, 2021 approved BSP 3.0 to complement various assistance by the Federal Government for the people recently including the RM2.1 billion Bantuan Prihatin Rakyat and the RM1.5 billion Geran Khas Prihatin to SMEs,” he said.

“On June 9, the state cabinet approved the BSP 3.0 to complement various assistance packages provided by the federal government for the people, including the RM2.1 billion Bantuan Prihatin Rakyat and the RM1.5 billion Geran Khas Prihatin to SMEs.

“I hope the BSP 3.0 will help lessen the burden of those affected by the pandemic,” Hajii told reporters after attending a briefing on security management during the MCO, at the Sabah Police Contingent Headquarters in Kepayan on Thursday.

He said the assistance packages would be distributed to target groups through the eight ministries, the Special Tasks Office and Kota Kinabalu City Hall.

“Under the BSP 3.0, the Rural Development Ministry was allocated RM45,612,200, which will be used as one-off RM300 cash payments to 153,914 recipients in the poor, hardcore poor and e-Kasih categories.

“Meanwhile, for hotels and lodgings – four and five-star hotels will each receive RM5,000, while hotels with three-star and below rating will each get RM2,000, lodgings with three, two and one-orchid ratings (RM2,000); Homestay Association (RM1,000), hotels that have not been rated (RM1,000) and tour operators (RM2,000),” said Hajiji.

He added that a total of 64,449 recipients from the target groups under the Social Welfare Service Department, Women’s Affairs Department and the Angkatan Tentera Malaysia (ATM) would be receiving a total of RM19,334,700, which will be handled by the Community Development and People’s Wellbeing Ministry.

“For the Social Welfare Service Department, it will involve the general assistance scheme as well as assistance for orphans, senior citizens, people with special needs (OKU) and children while the Women’s Affairs Department is handling aid for single mothers, and the Malaysia Armed Forces is handling assistance for ex-servicemen.

“The Industrial Development Ministry has been allocated RM2,880,000 to assist 9,600 recipients under the micro and cottage entrepreneurs category. For the Local Government and Housing Ministry, a sum of RM15,120,765 was allocated as one-off assistance to 16,153 petty traders and management of the People’s Housing Programme (PPR) and a three-month rental exemption.

“The Sports and Youth Ministry was allocated RM500,000 to help 15,000 recipients under the Sabah Youth Council Prihatin Dapur Belia 4.0 assistance, while the Special Task Office would be allocated with RM1.5 million as assistance for students studying at public and private universities.