Thursday, August 18
You are at:Home»News»Sarawak»Abg Jo: Sarawak may supply electricity to Brunei, across South China Sea 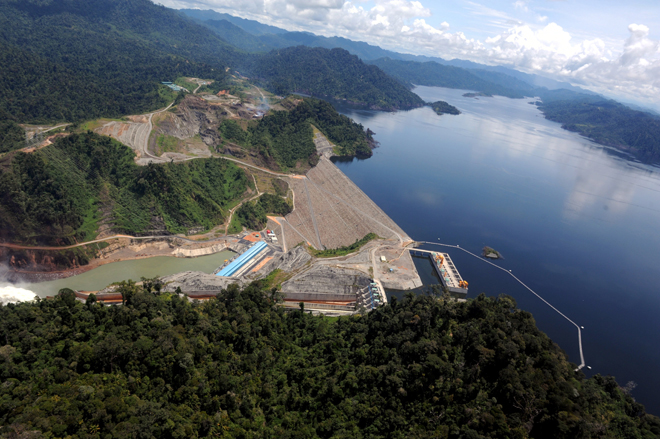 KUCHING (Sept 9): Sarawak is exploring the potential of supplying power across the South China Sea and is also in negotiations with Brunei Darussalam to do the same, said Datuk Patinggi Abang Johari Tun Openg.

The chief minister said the State has already inked an agreement to supply electricity to Sabah.

“And we have been supplying power also to Kalimantan. Next, we are negotiating with Brunei, which needs our assistance.

“Perhaps one day, we have to cross the South China Sea. I don’t want to mention now, but this is the energy resource that we have,” he said today before witnessing Federal Secretary of Sarawak Datuk Amir Omar handing over a letter of exemption to State Economic Planning Unit director Dr Muhammad Abdullah Zaidel, who represented State Secretary Datuk Amar Jaul Samion.

The exemption enables liquefied petroleum gas (LPG) wholesalers and retailers in Sarawak to obtain the Distribution of Gas Ordinance (DGO) licence from the state’s Ministry of Utilities instead of the Ministry of Domestic Trade and Consumer Affairs (KPDNHEP).

Abang Johari said the Ministry of Utilities, through Sarawak Energy Berhad (SEB), is exploring the potential to monetise the hydroelectric power dams in the State.

“Singapore is doing the same thing in its reclaimed area, but our Bakun Daam is as big as Singapore, so we can float solar panels there to supply energy.

“We can also produce hydrogen from our water. In other words, we can supply three sources of energy that will definitely become a source for us to participate actively in our economic development,” he added.

With such a strong power base, Abang Johari said Sarawak could share its energy with the rest of the country.

The ceremony also saw SEDC Energy Sdn Bhd being given the approval letter as a privileged oil and gas company in the State to distribute petroleum products.

Abang Johari said Petros is in the midst of building a kiosk to provide fossil fuels, electric vehicle charging, and hydrogen.

“This is part of our overall plan to diversify our energy resources,” he added.

Petros is an oil and gas company established by the Sarawak government in 2017 with the mandate to engage in upstream and downstream activities.