Friday, December 3
You are at:Home»Health & Environment»World leaders urged to ‘save humanity’ at climate summit 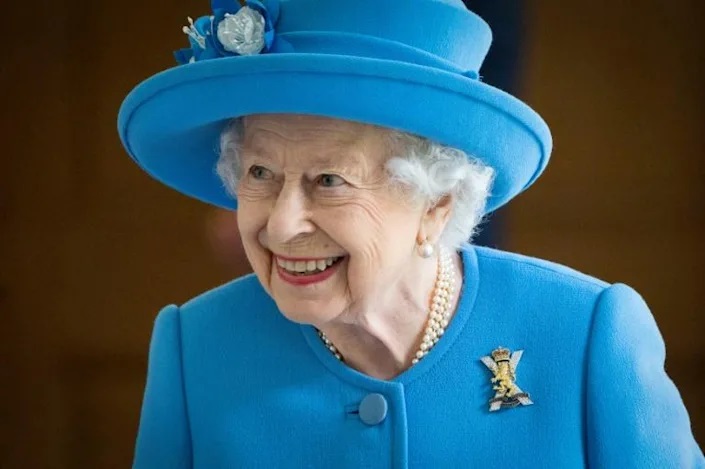 Queen Elizabeth II on Monday called on world leaders to act together to tackle climate change at the end of the first day of the COP26 summit in Glasgow. – AFP file photo

Queen Elizabeth II on Monday called on world leaders to act together to tackle climate change at the end of the first day of the COP26 summit in Glasgow.

In a video message sent to the conference, she added her voice to a succession of world leaders stressing the urgency of the crisis.

But as the summit got under way, several observers said that so far, there had been more talk than action.

“If the world pollution situation is not critical at the moment, it is as certain as anything can be that the situation will become increasingly intolerable within a very short time…,” said the queen.

“If we fail to cope with this challenge, all the other problems will pale into insignificance.”

The 95-year-old monarch, who last month briefly visited a private hospital in London, skipped the event on doctor’s advice.

But more than 120 heads of state and government gathered in Glasgow for the two-day event at the start of the UN’s COP26 conference, which organisers say is crucial for charting humanity’s path away from catastrophic global warming.

“It’s one minute to midnight… and we need to act now,” British Prime Minister Boris Johnson said at the start of an occasionally chaotic opening day.

Monday’s most anticipated address, from India’s Narendra Modi, tempered the hype somewhat: the third largest emitter will only achieve net-zero by 2070.

COP26 is being billed as vital for the continued viability of the Paris Agreement, which countries signed in 2015 by promising to limit global temperature rises to “well below” two degrees Celsius, and to work for a safer 1.5C cap.

With a little over 1C of warming since the Industrial Revolution, Earth is being battered by ever more extreme heatwaves, flooding and tropical storms supercharged by rising seas.

US President Joe Biden, addressing delegates, described the current age of climate disaster as “an inflection point in world history”.

Governments are under pressure to redouble their emissions-cutting commitments to bring them in line with the Paris goals, and to hand over long-promised cash to help developing nations green their grids and protect themselves against future disasters.

“Enough of brutalising biodiversity. Enough of killing ourselves with carbon. Enough of burning and drilling and mining our way deeper. We are digging our own graves.”

Thousands of delegates queued around the block to get into the summit on Monday, negotiating airport-style security in the locked-down city centre.

On nearby streets, protesters began lively demonstrations to keep up the pressure.

Swedish activist Greta Thunberg was among dozens of protesters who gathered in a nearby park, carrying banners with slogans like “We are watching”.

They marched across the river to directly opposite the venue chanting “We are unstoppable, another world is possible!”

Johnson warned of the “uncontainable” public anger if the conference fell flat.

If the leaders “fluff our lines or miss our cue”, generations as-yet unborn “will not forgive us”, the prime minister said.

Biden apologised for his predecessor Donald Trump’s decision to withdraw the US from the Paris deal.

Observers, however, were unimpressed with Monday’s announcements.

“The US must work with other countries to secure a strong outcome that ratchets up emission reductions by major economies.”

The G20 including China, India and Western nations committed on Sunday to the Paris goal of limiting global warming to 1.5C.

They also agreed to end funding for new coal plants abroad without carbon capturing technology by the end of 2021.

But the precise pathway to 1.5C was left largely undefined.

Campaigners have expressed disappointment with the group, which collectively emits nearly 80 percent of global carbon emissions.

And there were a number of high-profile no-shows to the summit.

Neither Chinese President Xi Jinping — who has not left his country during the Covid-19 pandemic — nor Russia’s Vladimir Putin will be in Glasgow.

“Technology will have the answers to a decarbonised economy, particularly over time,” he said.

Most nations submitted their renewed emissions cutting plans — known as “nationally determined contributions”, or NDCs — ahead of COP26.

But even these current commitments — if met — would still lead to a “catastrophic” warming of 2.7C, says the UN.

China, by far the world’s biggest carbon polluter, has just submitted its revised climate plan, repeating a long-standing goal of peaking emissions by 2030.

China “will not be represented at leader level at COP26 and… has an obligation to step up to greater ambition as we go forward”, he added.

India meanwhile has yet to submit a revised NDC, a requirement under the Paris deal.

Modi said his country would achieve net-zero emissions by 2070, and that 50 percent of its energy would come from renewable sources by 2030.

Rich countries have so far failed to provide the promised $100 billion annually to help climate-vulnerable nations adapt to climate change.

The goal — meant to be delivered last year — has been postponed to 2023, exacerbating tensions between richer nations, responsible for global warming, and those poorer countries suffering most from its effects. – AFP