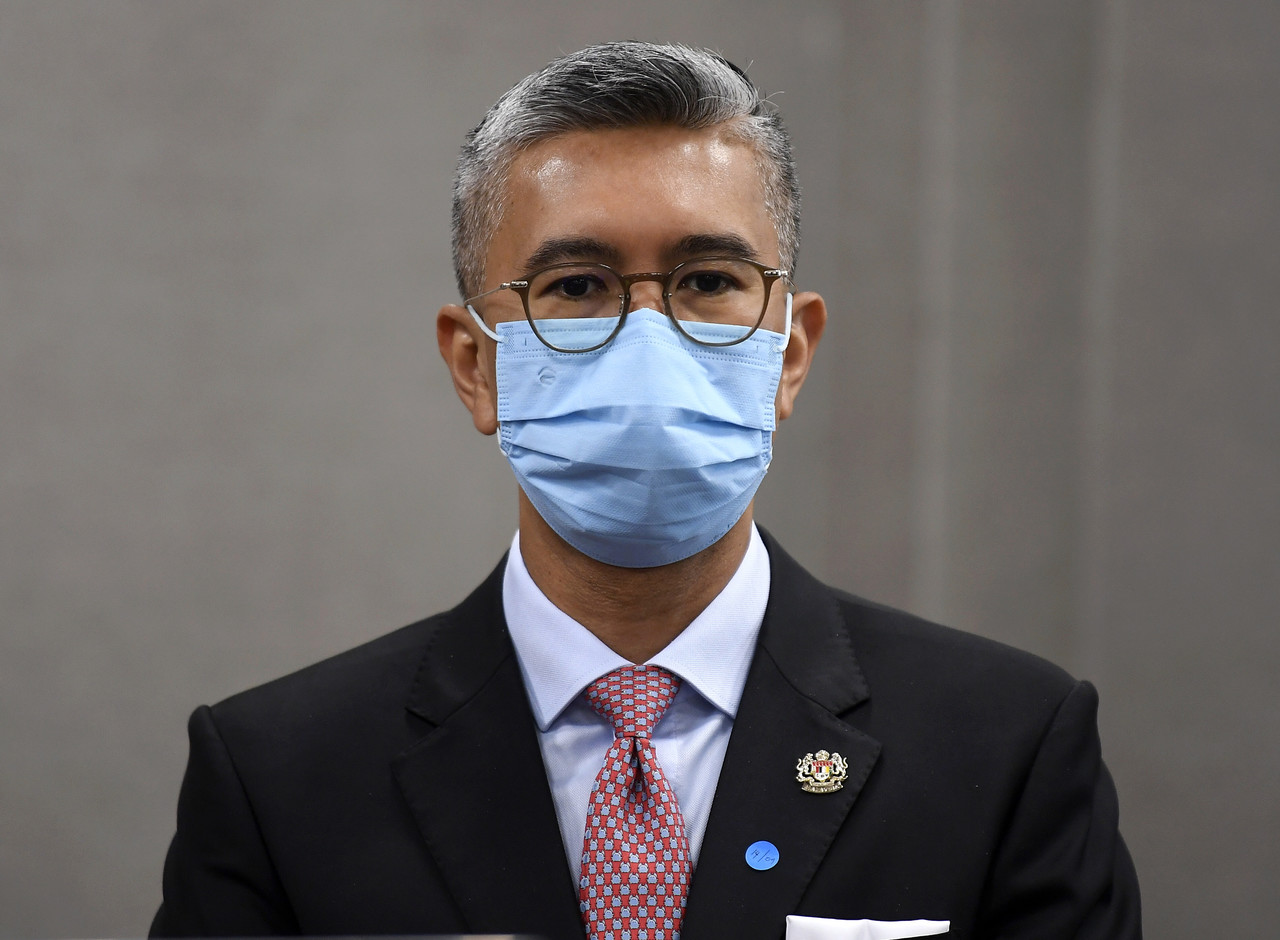 Finance Minister Datuk Seri Tengku Zafrul Abdul Aziz said it is crucial for the government to strike a balance between granting early access to retirement savings as a means of short-term and the potential longer-term negative effect on the adequacy of old-age pension. – Bernama photo

The minister said Covid-19 has aptly demonstrated the global risks and shocks that could totally jeopardise one’s long-term retirement plans.

“The challenges to improving social security, including adequacy of old-age pension, and managing an ageing population have also intensified.

“By end of this year, out of the 6.1 million members aged under 55 with savings less than RM10,000, nearly 75 per cent will not have enough funds or at least RM240,000 to retire above the poverty line,” he said in his closing remarks at the International Social Wellbeing Conference (ISWC) 2021 themed “The New Narrative: Turning the Tide on Inequality” here today.

Tengku Zafrul said it is crucial for the government to strike a balance between granting early access to retirement savings as a means of short-term and the potential longer-term negative effect on the adequacy of old-age pension.

As a matter of fact, Malaysia is only nine years away to 2030, when 15 per cent of the population is expected to be 60 or older, he said, adding that this leaves the nation with only a few years to plan and implement age-related policies and reforms.

“To this end, the EPF (Employees Provident Fund) is required by law to protect its members’ retirement funds. As more economic and social sectors reopen, the government will look into ways to help the affected Keluarga Malaysia rebuild their retirement funds,” he said.

According to the International Monetary Fund (IMF), since the onset of the pandemic, governments have provided close to US$17 trillion (RM72 trillion) in fiscal assistance.

“Closer to home, we have announced RM530 billion in economic stimulus and assistance packages. As outlined in Budget 2022, we remained committed to continuing various social protection programmes that will benefit the entire Keluarga Malaysia,” he said.

In Budget 2022, various measures were introduced to help people and businesses recover, including direct aid for the bottom 40 per cent of household income (B40) group, and partly the middle 40 per cent (M40), as well as micro-loans with zero per cent interest rate, and a six-month moratorium, he shared.

To mitigate the economic fallout from Covid-19, he said the Ministry of Finance (MoF) has made job retention and creation a top priority by establishing the National Employment Council (NEC) in December 2020.

The NEC is chaired by the prime minister and supported by various Special Task Forces led by relevant ministries, as well as the MoF’s National Economic Stimulus Implementation and Strategic Coordination Agency (Laksana).

For next year, in addition to creating jobs, Tengku Zafrul said it is equally important that issues on unemployment and financial education are carefully looked into.

Among others, he said the government had allocated RM4.8 billion to create 600,000 jobs through the JaminKerja programme in 2022 while addressing structural employment issues such as skill mismatch, youth unemployment and underemployment, as well as considering entrepreneurship as a job creator.

“In addition to financing, measures will be taken to incentivise the adoption of digitisation and technology to encourage entrepreneurship and also to equip workers with the right technical skills, particularly those who are less academically-inclined but skilled with their hands.

“We must also acknowledge Technical and Vocational Education and Training (TVET) as a job creator. Reflecting the importance of TVET, we have allocated RM6.6 billion for its development in 2022,” he said.

He said the government would also seriously look at nurturing financial literacy among the people as this will enable them to take personal responsibility on their retirement funding and financial wellbeing.