Sunday, August 7
You are at:Home»Columns»Uncle DI»Identifying Sarawak by its traditional music 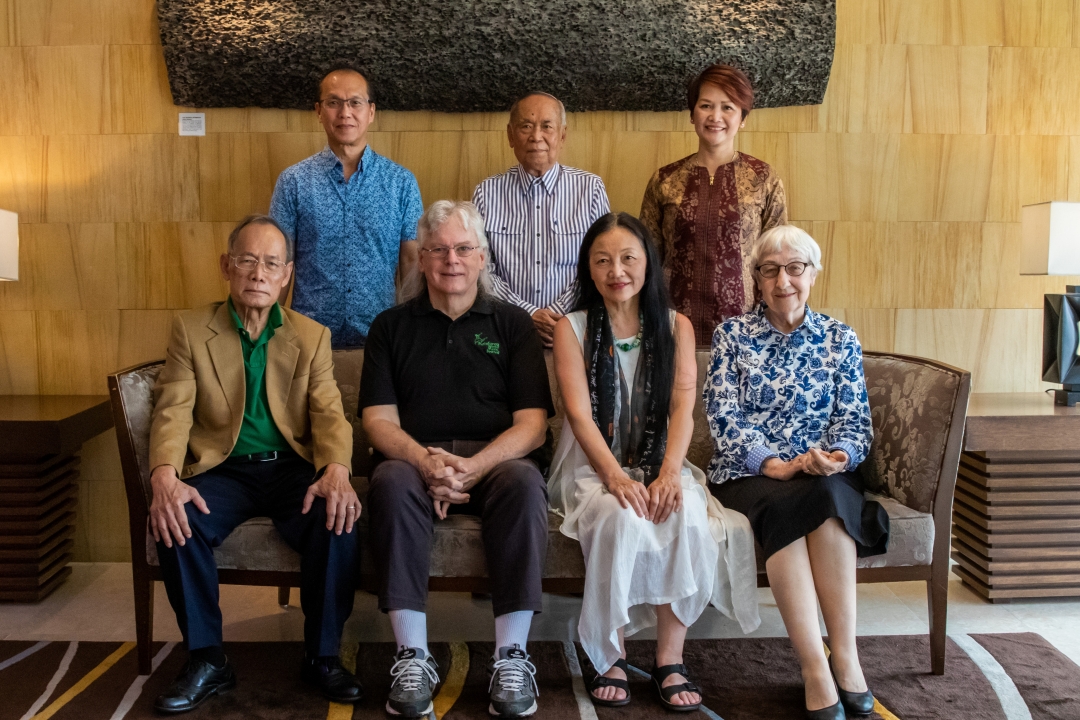 SARAWAKIANS are from many racial origins and possess their own instruments that produce music. This traditional music must not only be preserved and learnt, but must also be presented to the world, stresses Prof Dr Han Mei, musicologist of the University of Tennessee, USA.

Dr Han is an internationally acclaimed player of the Chinese Zheng and composer.

She was in Kuching with her husband, Randy Raine-Reusch, for the Rainforest World Music Festival (RWMF).

Randy, whom I first met 11 years ago, is one of those who had conceived the idea of that festival and who had suggested Santubong as the ideal venue for the event, to be held every year.

The Sarawak Initiatives (TSI) interviewed the couple a short time after RWMF 2022 had closed its doors. On Tuesday, both musicians were the guests-of-honour at a lunch, which was graced by the chairman of TSI, Datuk John Tenewi, a former Malaysian Ambassador, and TSI secretary Goh Leng Yew.

A lively exchange of views took place. Mr Goh briefed the couple on TSI – a civil society for the advocacy of quality leadership, quality education, honour and personal integrity in political and public life, Sarawak free from extreme poverty, Sarawak enjoying clean living environment, and Sarawak with its own distinct Identity.

The response from Randy to this question on Sarawak Identity was music to the ears of TSI founders when he responded: “It is already here!” – referring to the traditional music, of course.

The 25th edition of the festival, resuming this month after at lapse of a couple of years because of the Covid-19 pandemic, has come and gone. Those who missed the show would not know what they were missing.

The musicians will be back next year playing on the original site, unless something like the coronavirus prevents it from being held there – fingers crossed!

The alternative ‘site’, or the supplementary one, would be a hybrid presentation. According to Randy, this year’s hybrid version of the festival was a success.

However, music enthusiasts were disappointed because the artistes from Ukraine and China could not come, for unfortunately unavoidable reasons. But Randy is hoping that the videos made of the festivities this year would be shown around the globe soon.

Responding to the question from TSI: “What musical evolution do you think will take place in the next era of the Rainforest World Music Festival, and how do we share this wonderful event with the world?” Randy recommended sending out artistes from Sarawak to perform in the major cities overseas from time to time.

In his opinion, the expenditure in the form of free transport and accommodation for the artistes would eventually bring about a fair return to investment in the long run, in terms of the preservation of the originality of the music from Sarawak.

I chipped in. It’s a valuable intangible heritage that could not be measured in monetary terms only.

Randy commended the enthusiasm of young Sarawakians who were reviving the traditional music.

However, initially they need the encouragement and the appreciation of the people of Sarawak and the necessary funding from the tourism authorities and related businesses.

The rest, the music diplomacy, will be conducted by the artistes themselves through the sounds of their ‘sape’, ‘engkarurai’, ‘belikan’, flutes, gongs, drums, and their vocal renditions.

I whispered to Randy that not all traditional music in Sarawak had been featured at the RWMF since its inception 25 years ago.

Did he ever hear of ‘Konchong’, or of ‘Ruding’ music understood only by courting couples, or the haunting music used by the shamans during a healing ceremony performed by the small communities of the indigenous people of Sarawak?

That initial funding could also come from the investors from the private sector. A thought for food for the local entrepreneurs – they may like to form a tour company that stages cultural shows featuring works of artistes from Sarawak; first to Peninsular Malaysia and Singapore, then beyond those.

Randy recalled with fond memories of his first meeting with the late Tusau Padan, the sape player. He is still proud of his role in taking Tusau and other artistes from Sarawak to play the sape in front of a large crowd at Marseilles and Paris.

It was a tremendous show of unique talent.

Since then, the sape has been firmly on the music world map, popularised by Matthew Ngau and augmented worldwide recently by another talented player of the instrument, Alena Murang.
What a valuable contribution by the young people in terms of promoting their country as a luring destination for the music lovers on the international stage!

However, TSI is not thinking about music alone with which to identify Sarawak on the world stage; there are other attributes of the Sarawakians to expose to the world – quality leaders in politics, in industries, in professions, in education, in sports, and in modern science and technology.

Lofty aims indeed, these are, but it is not totally idealistic ‘to dare to dream of a better Sarawak’, as the TSI tagline proclaims.

Sarawakians endowed with most of these qualities will bring honour and glory to the State as well as to the Federation of Malaysia itself.

Music alone, traditional or modern, is not enough.