Tuesday, February 7
You are at:Home»Features»From a remote island to a booming town
For the freshest news, join The Borneo Post's Telegram Channel and The Borneo Post on Newswav.

Kapit all set for more developments, but without compromising its status as a premier culture, adventure, nature tourism destination 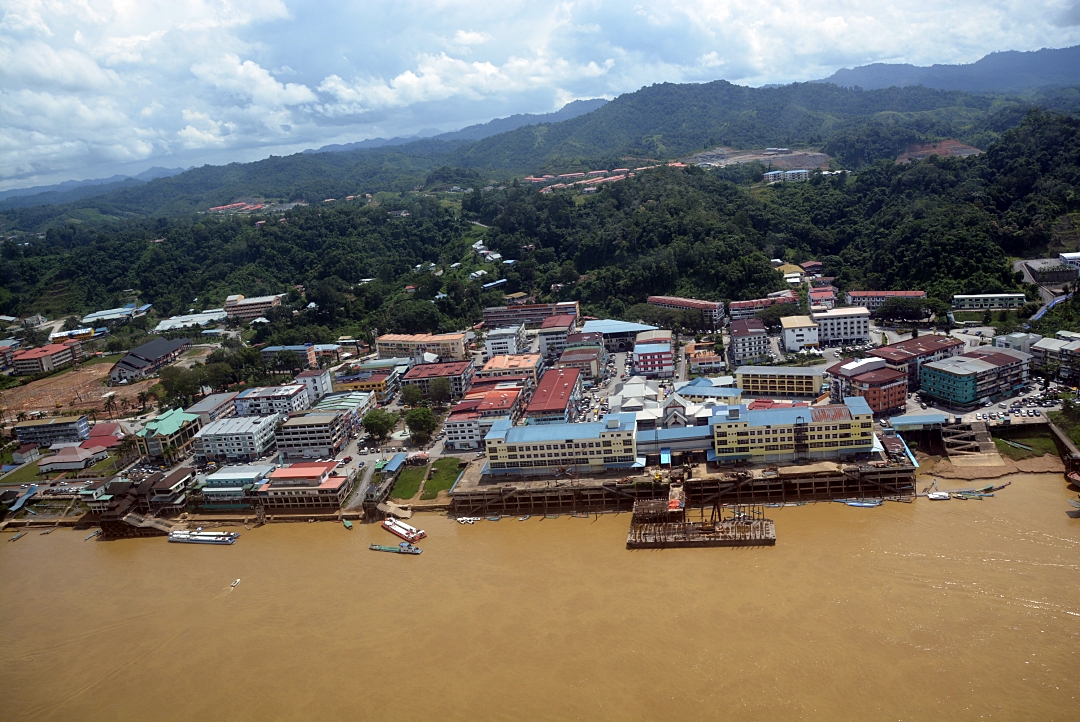 KAPIT was once an island accessible only via the Rajang River. Up till 2019, it remained a really remote and isolated place – once the last express boat departed from Sibu at 3pm, you would have to wait overnight to catch the first ride at 5.45am.

The last boat from Kapit, on the other hand, would leave at 3.15pm.

The journey itself would take up to three hours, depending on river conditions.

Because of its remoteness, Kapit was infamously known then as a ‘dumping place’ for criminals. At the time, any civil servant being transferred to Kapit would be regarded as being ‘punitively demoted’.

Nestling on the upper reaches of the Rajang River, Kapit is located 144km from Sibu and 155km from Belaga. It is the gateway to Belaga and Putai, where the Baleh Dam is being constructed about 100km up Baleh River.

Kapit is considered as the ‘Heart of Borneo’ in view of its geographical location.

It is also the heartland of the Iban community, accounting for some 80 per cent of the total population, with the majority of them living in longhouses along the riverbanks.

Nonetheless, the division is also home to the Chinese, the Malays, the Melanau, the Kayans and the Kenyahs from the Orang Ulu community, and also the Tanjungs, the Kajamans, the Punans and the Penans – each with its own laws, customs and lifestyle that further enrich the fabric of diversity of this area.

Now, Kapit is connected via road, which was opened in November 2020. The 176km stretch from Sibu has since transformed the riverine bazaars in Song, Ngemah and Kanowit, expediting the progress of Kapit towards becoming a booming town. 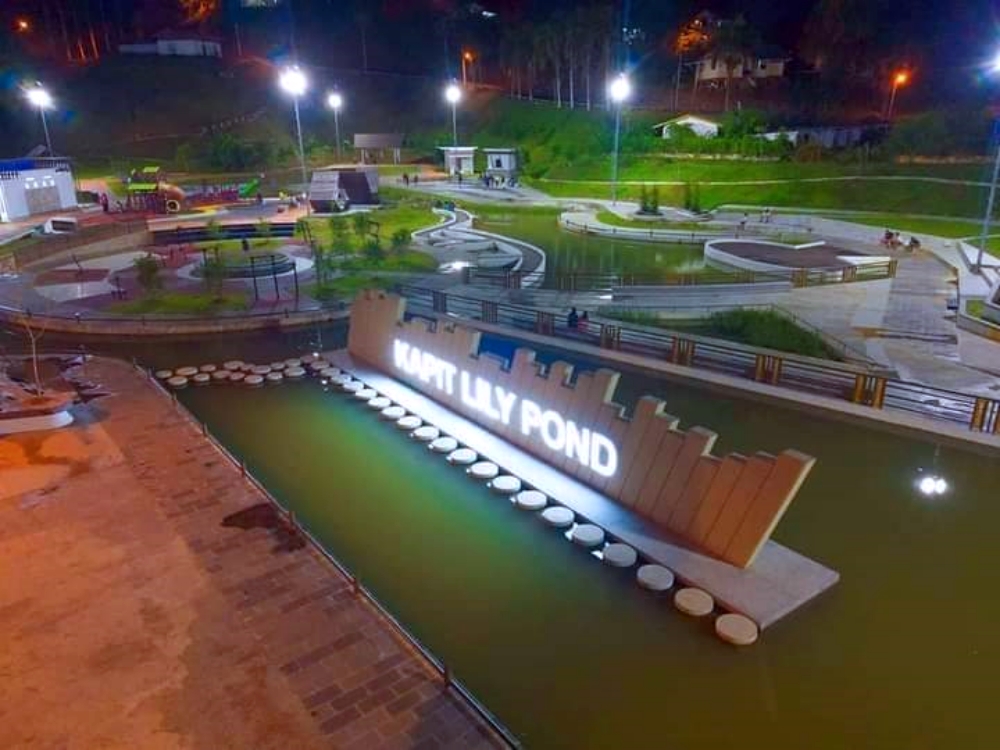 The Lily Pond is one of Kapit’s latest landmarks.

Kapit is also where Fort Sylvia is sited, and it stands where Fort Baleh used to be.

Fort Baleh was built in 1874 to thwart the Iban expansion upriver, which was creating conflicts with the Orang Ulu tribes.

In 1880, it was replaced with Fort Sylvia and was renamed after Rani Sylvia Brooke, wife of Rajah Charles Vyner Brooke, in 1925.

In May 1997, the Tun Jugah Foundation was granted approval by the Sarawak government to manage Fort Sylvia and also set up a museum there, following the declaration of the structure as ‘a historical monument’.

The conservation and renovation works reached completion in December 1998 and now, the fort houses a superb collection of artefacts and historical documents, including a gallery honouring the late Tun Jugah Barieng – a ‘Temenggong’ (supreme chieftain) of the Rajang Ibans and among Sarawak’s key independence figures who were instrumental in the formation of Malaysia.

Destination for CAN tourism

Kapit is surrounded by breath-taking natural features. The 3,000-foot Bukit Goram is the highest peak in the district, where its summit houses the Land and Survey Department’s topography station.

For outdoor adventure enthusiasts, the 100-foot Wong Tinggi at the foot of the mountain (although ‘bukit’ means ‘hill’ in Malay, Bukit Goram is always regarded as a mountain) is touted as the most majestic amongst all the waterfalls in the area. 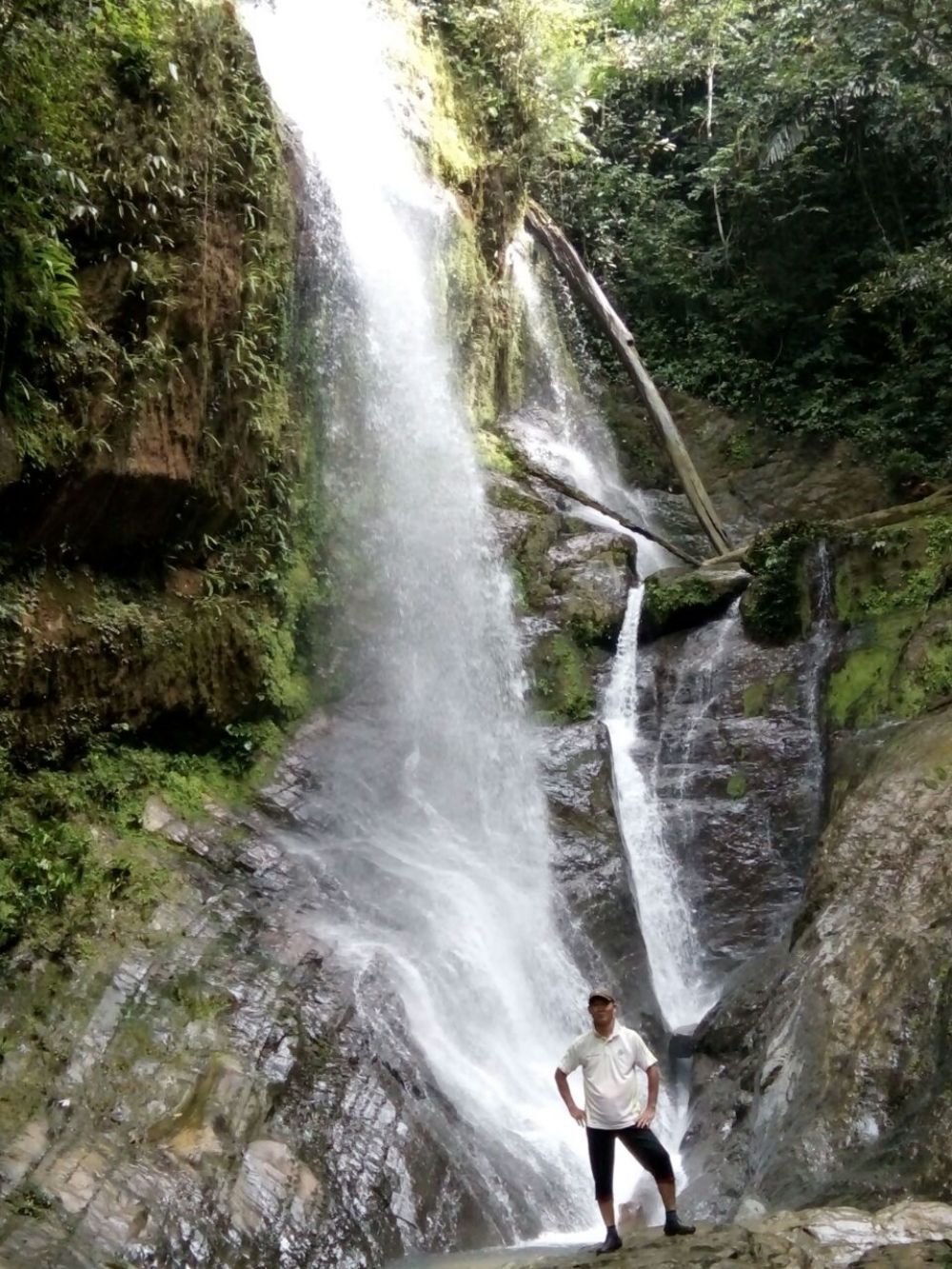 A visitor having his photo taken on front of the plunging waters of the 100-foot Wong Tinggi at the foot of Bukit Goram.

This combination of history, rich social heritage and the land’s distinctive physical terrains of rugged hills and rivers, makes Kapit a premier destination for culture, adventure and nature (CAN) tourism-seekers.

Even back when it was only accessible via river transport, Kapit was already well-known for its annual Baleh-Kapit Raft Safari, usually held in mid-May. 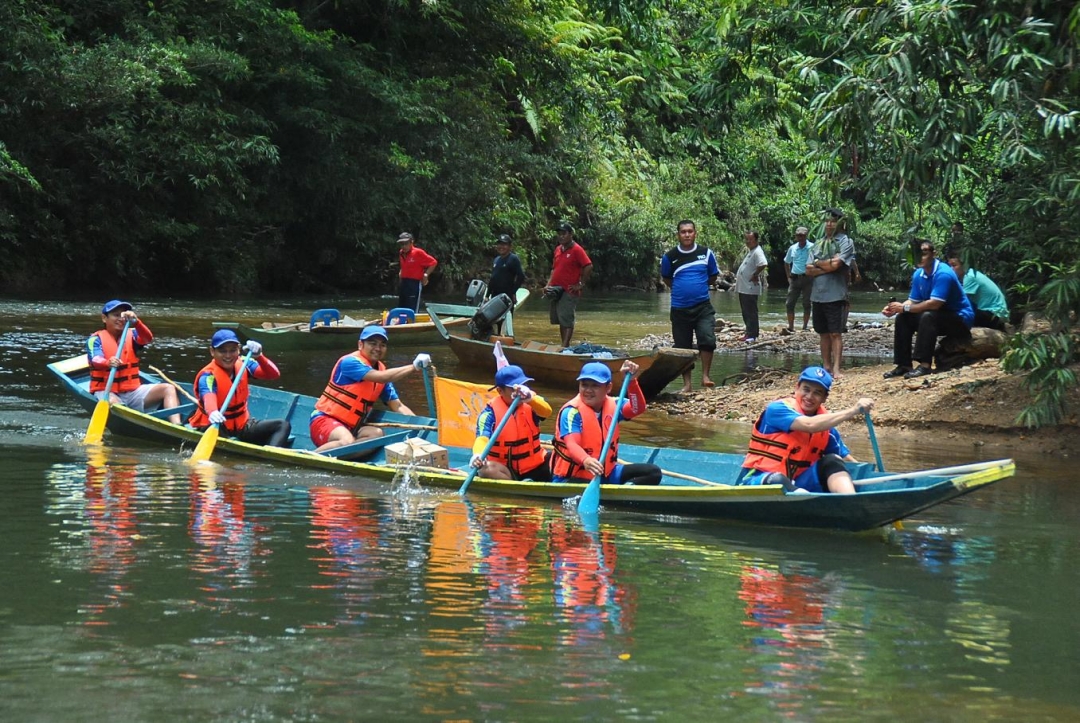 Conceptualised by former deputy chief minister, the late Tan Sri Datuk Amar Dr James Jemut Masing, the event first kicked off in 1996. It remains a unique race in that it also allows the participants to experience the Iban way of life during their stay at the two different longhouses in Baleh, where the starting point is, prior to making their way to the finishing point at Kapit Terminal. The powerboat race is one of Kapit’s annual water-sport events apart from the raft safari.

In view of it being held a month before Gawai Dayak, the raft safari would also include in its programme the Gawai Bazaar, which usually takes place at Kapit Town Square.

This marketplace offers many goods and items such as hand-crafted woodworks and decorations, woven textiles and garments, beadworks, ‘tuak’ (traditional rice wine) and traditional snacks like ‘kuih jala’ and ‘kuih ros’. With all these attributes, Kapit holds a great potential of being further developed into becoming a premier eco-tourism destination in Sarawak’s central region, particularly CAN tourism.

Adding to this is another attraction – the offering of indigenous freshwater fish species highly prized by exotic food connoisseurs.

Perhaps the most sought-after amongst them is the ‘empurau’ (Tor tambroides), which could demand a price of up RM850 per kilogramme.

Known by many other names that reinforce the exorbitant price tag such as ‘King of the River’ and ‘Borneo’s river gold’, this mahseer species is native to Southeast Asia.

Other expensive species living in the pristine rivers in Kapit are the ‘tengadak’ (tinfoil barb) and the ‘semah’ (a close relative of the empurau), which can go for at least RM450 and RM220 per kilogramme, respectively.

Very few would question why the prices of these species are exorbitant, because true foodies know that they are not easily available in areas other than Kapit and Bukit Mabong districts.

It is known that the Pelagus-Sempili section of the Rajang River and the Putai-Kapit section of the Baleh River produce the best empurau, semah and tengadak not only because of the pristine natural environment there, but also because the fishes feed on jungle fruits like ‘buah kalat’ and ‘engkabang’. These fruits, as many have claimed, give the fishes that fatty, delicate taste and also a fragrant aroma when cooked. 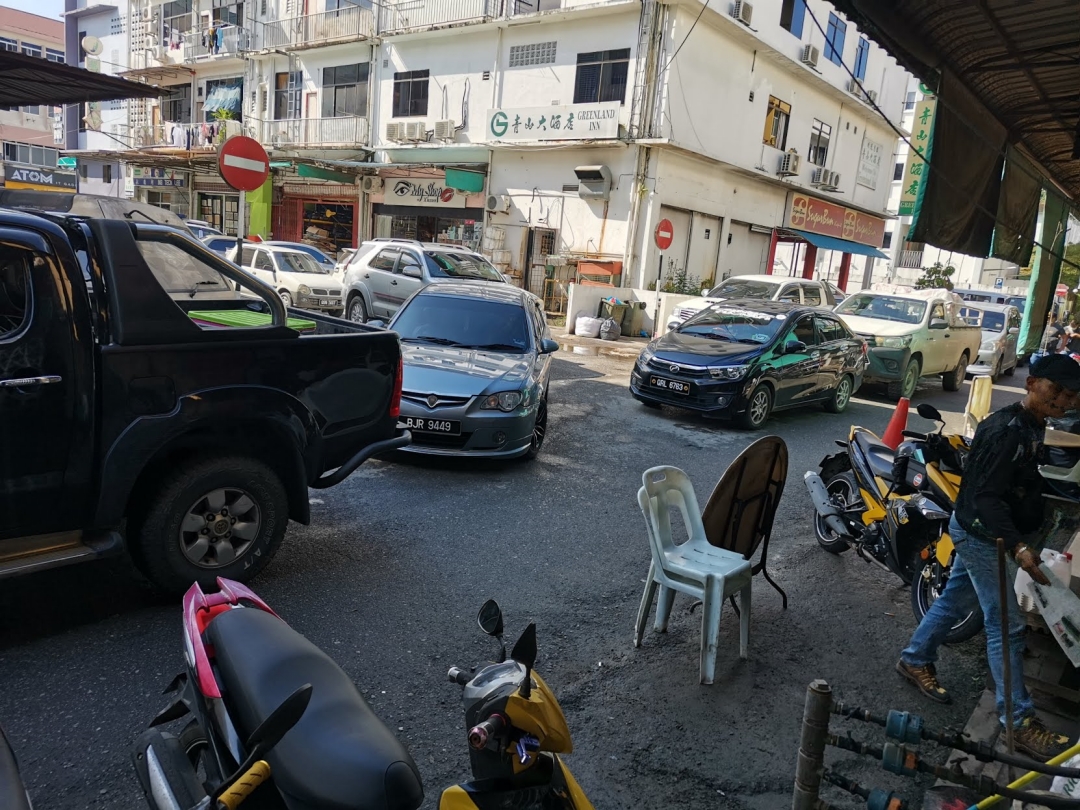 Traffic congestion is now a daily sight at this commercial section in Kapit town’s centre.

The state government does recognise Kapit potential not only in tourism, but in other sectors as well.

This was stated in his speech at the high-tea ceremony hosted in connection with the Yang di-Pertuan Agong’s official birthday event, in which Kapit was the host of the state-level celebration.

According to Abang Johari, the allocation would serve, among other things, to address the traffic congestion in Kapit through road upgrading works, and also to develop an electricity grid from Kapit to Tunoh aimed at supporting the growth plans for Sungai Tunoh zone.