Saturday, December 3
You are at:Home»News»Sarawak»Nature lovers united in grief over Faridah 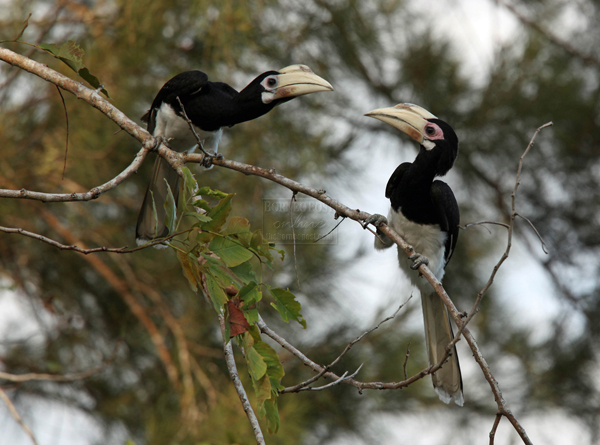 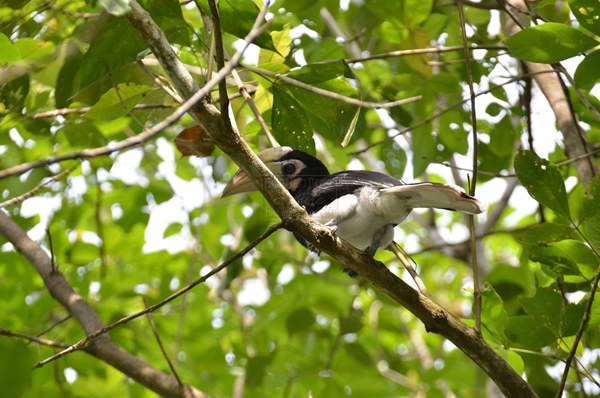 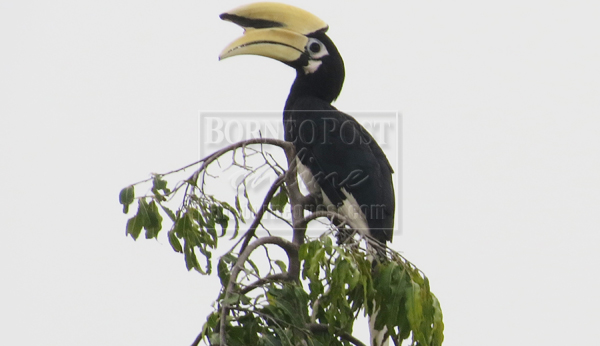 PINING AWAY: Jimmy on Tuesday and Wednesday still spotted at Piasau Garden yelping for Faridah. 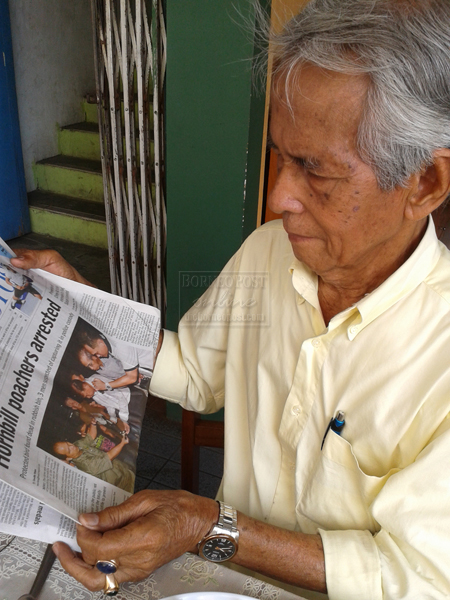 HEAVY HEART: Lucas is sad knowing the death of Faridah as reported in The Borneo Post.

MIRI: The death of Faridah, the hornbill which made Piasau Garden its home, has touched the hearts of people here and through social media those throughout the state.

Nature lovers here are united in grief as they mourn the death of a bird which had been so familiar with them that they called her and her mate, Jimmy, by name.

A cross section of the society interviewed as well as Facebook (FB) users expressed anger and grief that the poachers, who were arrested on Thursday, killed the mother bird in their attempt to capture it.

Most of them called for stiff penalties for the three men who were seen catching the bird and subsequently arrested by the police.

“The Department of Wildlife and National Park must come up with preventive measures to stop repeat of this crime in future,” Teo said.

He added that those who killed or capture protected species did so because they felt they could get away with it.

Yii Shi Yiing, a butcher, suggested that NGOs, schools and religious bodies take a leading role in increasing awareness on the need to protect and conserve the state’s protected wildlife.

Naturalist Lucas Johny said he was shocked to hear of Faridah’s death despite intensified public awareness programmes being held to help save the hornbills at Piasau Camp.

In the social media, FB users went ‘ballistic’ over the death of the hornbill.

Among those who posted their opinions was Sue Abdullah who said, “The poachers and the “murderers” deserve both punishment, RM25,000 and 3 months imprisonment, and perhaps, 3 strokes of rotan. Let them feel how Faridah felt when she was tortured by them….some people have no compassion for nature.!

He cited the sale of turtle eggs and wild boar meat in cities and towns as examples of rampant poaching.

“Some people think that turtle eggs bought from neighbouring Indonesia especially at the border town Serikin is not against the law. They are mistaken, as long as it is brought into Sarawak the penalty is under the Wildlife Ordinance,” said Braken.

He added that the capture and death of Faridah, was the first major poaching of hornbills reported in the division.

Meanwhile, Musa Musbah, SFC honorary forest ranger while thanking the police and the SFC on the success in detaining the three suspects and the mass media for highlight the case, hoped that the people would join in the effort to get the authorities to turn Piasau Camp into a nature park.

He said Faridah and her mate Jimmy had produced an estimated 56 chicks since 2005 but regretfully only five hornbills including Jimmy were currently spotted at Piasau Camp.

The other four which split into pairs like their parents are so familiar with visitors to the camp they too have been given individual names – Nong and Utet, and Ahkaw and Ahmoi.

“The youngest one – Ahkaw and Ahmoi will survive without Faridah. They can feed themselves but they are too human friendly and the risk being poached is high.

Jimmy on the other hand being partners for life, and might gotten fed up of searching for Faridah and become sad and will not eat and die of hunger,” said Musa.