Wednesday, January 29
You are at:Home»News»Sarawak»‘Lawas an untapped eco-tourism goldmine’ 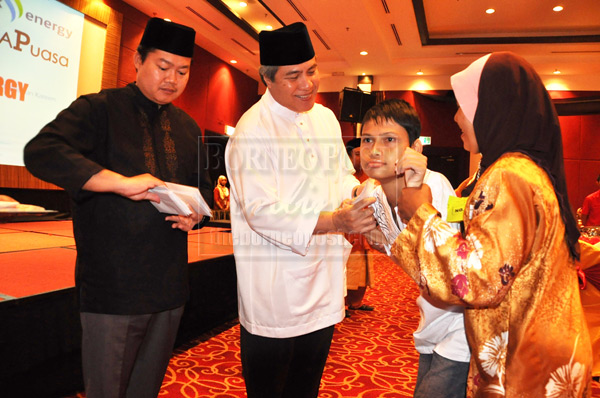 LAWAS: The eco-tourism potentials of Lawas is immense, but creativity and innovation are needed to turn them into money spinners.

Second Minister of Resource Planning and Environment Datuk Amar Awang Tengah Ali Hasan said lessons could be learnt from the Republic of Czechoslovakia, which managed to turn a valley with a hot spring into a renowned medical tourism attraction.

“Tourism is a money spinning industry, and it can provide employment and economic spinoffs. Czechoslovakians used their creativity and innovation on the valley, which now contributes to their national coffers,” he said at a Sarawak Energy Berhad (SEB) gathering in Hotel Seri Malaysia to present Raya goodies to orphans, the disabled (OKUs), and single mothers over the weekend.

Awang Tengah said Lawas had great attractions in the Merarap hot spring and Mount Murud, the highest mountain in Sarawak.

In addition, tucked in Brunei Bay are marine resources that would soon be gazetted as a marine park to protect the
biggest sea grass plains in this region. The area boasts of dugongs and is a rich fish-breeding ground.

On the cultural front, the rich and unique heritage of the Tagals, Lun Bawangs, Kedayans and Brunei Malay communities, coupled with food unique to the region between Brunei’s Temburong District and Sabah – as such ‘Tahai’ (smoked fish) also help bring in tourists.

“We are proud also of our rich diversity, cooperation and unity,” he beamed.

“This (infrastructure) would be carried out in stages,” he said, urging the private sector to give a helping hand.

“With tourism thriving in neighbouring Sabah, there should be a spillover effect in Lawas.”

On air connectivity, he appealed to the government to build a new Lawas Airport. The present one is prone to flooding as it is located near the river bank. It can only accommodate 17-seater Twin Otter aircraft.

On the Ramadan gathering, he commended Sarawak Energy for bringing cheer to less fortunate members of society here.

“Success in any corporation will be more meaningful if they were able to share their profits with those who need help.”