Friday, June 25
You are at:Home»Columns»Perspective»If you cannot tell it, you cannot sell it. Really? 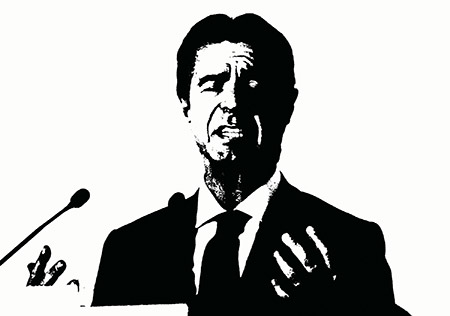 THIS week I am going to go off at a tangent somewhat. I suppose by now the whole of Sarawak knows that the day of reckoning, the day that would determine our fate for the next five years, will soon be upon us. In the prelude to that fateful day we will be subjected to speeches, lots of speeches.

The interesting thing about speeches by politicians is that the normal functions relating to public speaking do not necessarily apply.

We generally assume that one of the chief functions of public speaking is to communicate. However, for the sophisticated and experienced politicians it may not be necessarily so. In fact the opposite may be true for them. They have mastered the art of speaking a lot and saying nothing.

There is this legend about one former British Prime Minister who was so adept in this art of obfuscation that when he was asked a difficult question he was able to speak at length, and with great aplomb and eloquence, and the audience was still unable to find out where he stood on the very delicate issue.

Usually a political speech is light on the logic, heavy on the emotion, and very heavy on the promises. Like all things, speeches, or rather speakers, are not created equal. Some can be absolutely mesmerising – you know, of the “selling snow to Eskimos” standard, while others, hmm … maybe slightly more interesting than watching paint dry, if you know what I mean.

I believe it was Gerald Green, guru of public speaking in our circle, who first coined the expression – “if you cannot tell it, you cannot sell it.”

However, in Sarawak it needs not be necessarily so. Here if one can jump on the right ship, one’s communication skills, or lack of, need not be an impediment to success. There are quite a few who can drone on and on oblivious to the nodding of heads among the audience.

I was at a dinner function of the alumni association of a popular foreign university for Sarawakians. The guest of honour, a prominent and long-serving politician, outdid himself in a display of “how not to say it.”

On top of that he was competing against food: we were hungry and waiting for our dinner. Finally, one person’s hunger got the better of his patience and he clinked on a glass to signal his annoyance. The minister was totally unfazed and said, “Oh, I think I have gone on for too long. Shall I stop?” “Yes!” some people shouted from the back of the room.

That somehow triggered another train of thought in the speaker. So, he got on another long-riding train. It was another good 30 minutes before we reached the station of our dinner.

It is a truism that public speaking is playing a sport. Like all sports, to excel or even just to acquire a measure of competence, one has to practise. I am reminded of the story of a man. Let’s call him John. John lived by a river and he worked at a place on the opposite bank. So he had to commute daily by boat. The thing was John could not swim.

A friend asked him, “John, can you swim?”

“Don’t you think it is a good idea to learn how to swim given the fact that you have to cross the river every day?” said his friend.

One day as he was crossing the river, he was hit by a storm. His little boat was taking in water fast. John bailed like mad and at the same time prayed feverishly. “Please God save me! Please God save me!” Thankfully he managed to make it across.

Shaken, John vowed that he would learn how to swim. So he went to the library and read all the books on swimming. He even attended a few seminars on how to swim.

“Now I am safe because I know everything about swimming,” declared John brimming with confidence. Not long after as he was in the middle of the river when a violent storm struck.

This time there was no respite: the boat capsized and John was flung into the river and he drowned. The moral of the story being, “you cannot learn how to swim without getting wet.”

However, there is flip side to this issue of practice. There is a saying, “practice makes perfect”. True enough, but if one were to practise the wrong thing one would be perfectly wrong. Our veteran VIP politician above has been giving speeches for decades. He had a lot of practice but he never bothered to understand the elements of a good speech. By virtue of his VIP status, he was able to hold his audience captive. Many a time they have to sit there gritting their teeth and suppressing a yawn.

Some people have the advantage of their position of power to have a hold over their audience. Unfortunately, ordinary mortals like you and me don’t have that luxury. We have to acquire the essential skill by hard graft. We have to accept the fact that “If you cannot tell it, you cannot sell it.”