Friday, December 2
You are at:Home»News»Sarawak»Long wait to have community centre pays off 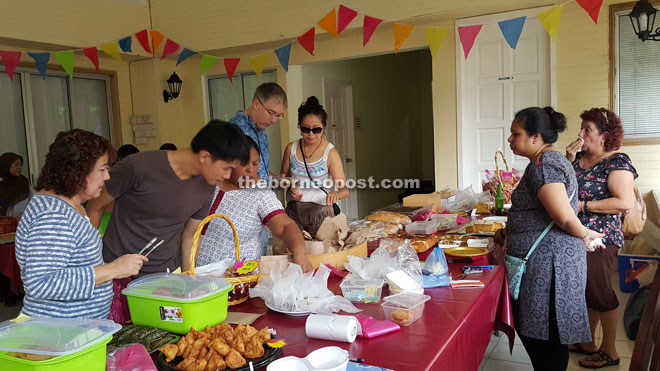 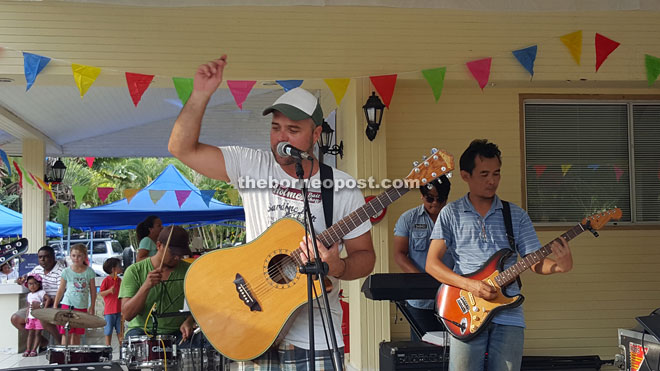 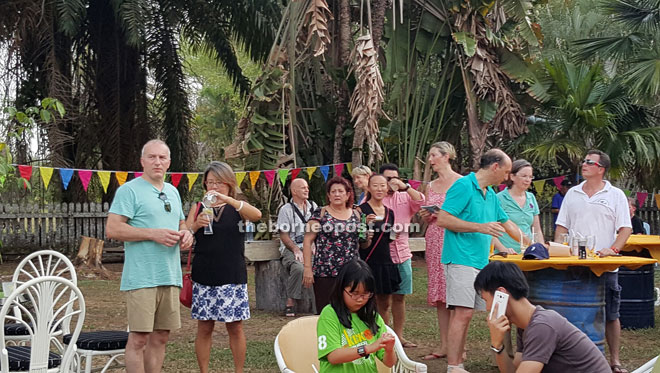 Simon Durkin (standing third right) is among those who supported the country fair. 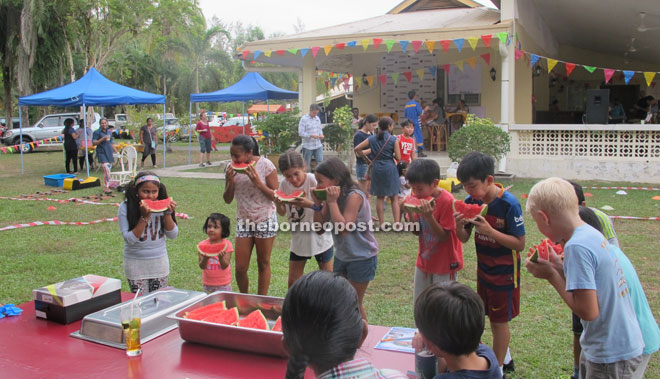 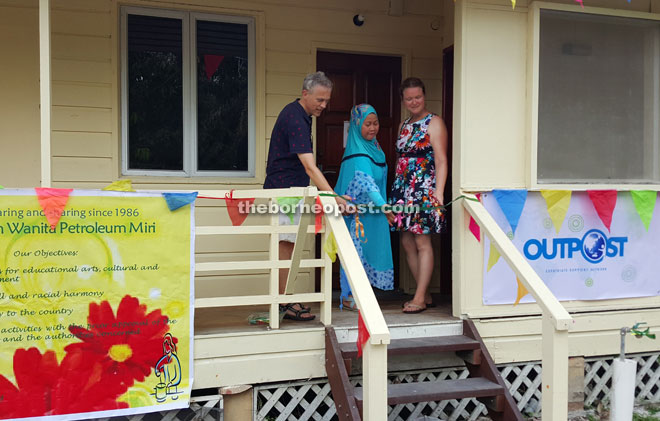 (From left) Peuscher, Cranfield and Mewemans jointly cut the ribbon to open the community centre at P3. 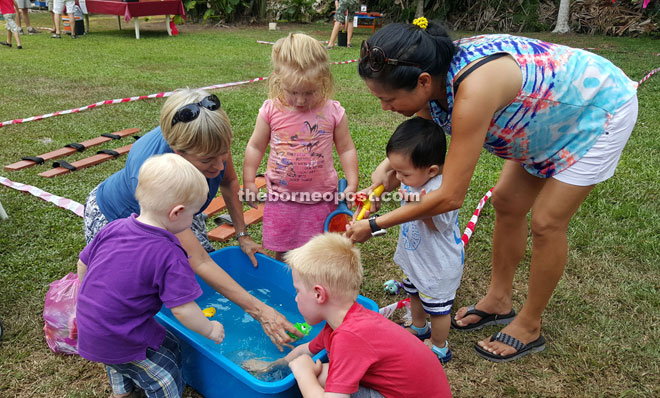 Liz Durkin (squatting) helping out at the games stall for children.

The centre provided by Piasau Boat Club (PBC) is located at P3 building adjacent to its club house which was formerly one of the buildings inside Piasau Camp, now gazetted as Piasau Nature Reserve (PNR).

Both PWPM and Outpost members (who are mostly expat wives) had previously occupied Hornbill House also within the camp, but vacated it to make way for a nature reserve in December 2013.

The Country Fair which was also to raise funds for renovating rooms for the community centre which has a mini library, kitchen and gathering room.

Over 200 Shell staff and family members, the public and members of PWPM, Outpost and PBC turned out for the Country Fair which featured sales of foods and drinks, games and live band performances.

Cranfield was happy they now have a centre to carry out their activities without paying rental.

“We are thankful to PBC for giving us the centre. Over the last two years our activities had been carried out at various places including at the home of members (mostly at my house) besides hotels, Kelab Rekreasi Lutong (KRP) and PBC,” Cranfield told The Borneo Post.

PWPM, a non-profit organisation, has over 100 members from over 10 countries including Malaysia, the Philippines, Indonesia, Nigeria, Canada, Australia, United States, United Kingdom, India, China and Japan.