Monday, January 24
You are at:Home»News»Sabah»TVB to film Kudat islands 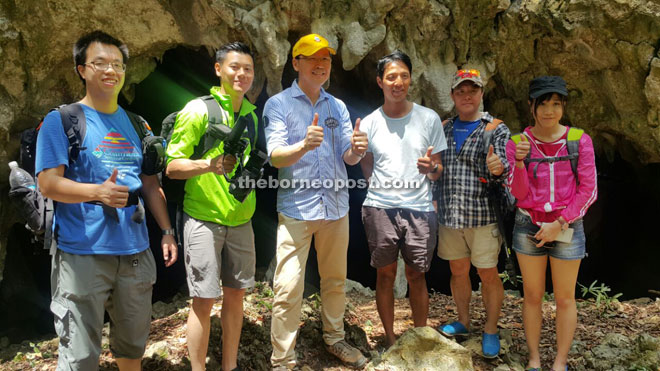 The crew members were here to film Tommy Lam Wai Yin and three others who survived 10 days adrift at sea before they were rescued by Vietnamese fishermen.

The Tanjong Kapor assemblyman promoted the tourism sector in Sabah and Kudat when interviewed by the host of ‘Scoop’, Darren.

Teo hoped that more tourists from China, Hong Kong and Taiwan would visit the state and Kudat.

He said the development potential of Kudat remained relatively untapped and urged more tourists and investors to explore the opportunities there.

Teo also introduced the crew to Tun Mustapha Marine Park, which would be gazetted by the state government soon, and attract more tourists to Kudat.

As part of the visit, Teo led the crew to visit a limestone cave at Balambangan Island and Maliangin Resort, as well as the location where the boat that Lam and three others travelled in capsized during their return trip from Balambangan Island.