Tuesday, August 9
You are at:Home»News»Sarawak»Bau shooting victim succumbs to injuries 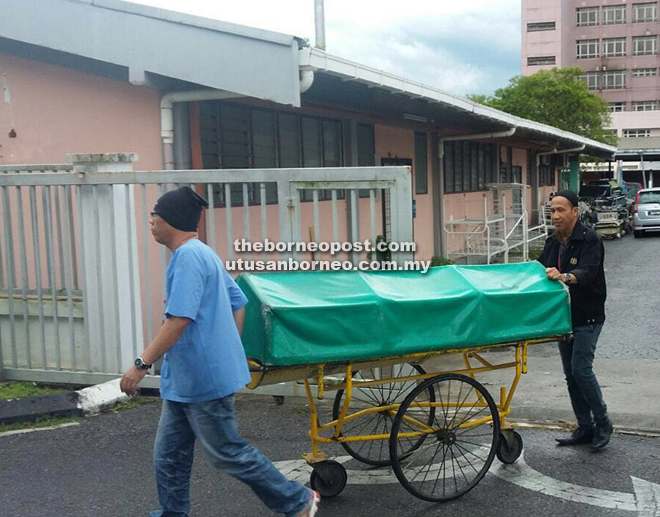 The body of the deceased being wheeled to the SGH mortuary.

KUCHING: Police have re-classified the shooting of a Balai Ringin man in Bau on Tuesday to murder after the victim died in hospital yesterday afternoon.

“The victim died from his injuries before he was set to undergo surgery to remove six pellets lodged in his head.

He also revealed that police yesterday arrested a local man in his 30s from a house in Batu Kawah in connection with the incident, but have yet to locate the weapon used in the shooting.

“We are also working to establish a motive for the shooting along with the possible connection between the two,” he added.

In the incident on Tuesday, the victim and a friend travelled by lorry from Serian to Kampung Jugan in Bau where they had planned to purchase black pepper.

As they were driving into a pepper farm, the friend heard a shot and saw the victim collapsing in his seat with gunshot wounds to his head.

The victim was immediately driven to Bau district hospital before being referred to the Intensive Care Unit at SGH here.