Tuesday, February 7
You are at:Home»News»Sarawak»Clearing the hurdle
For the freshest news, join The Borneo Post's Telegram Channel and The Borneo Post on Newswav.

Proposal for Phase Two of Pan Borneo Highway project sent for approval, expected to be finalised by year-end 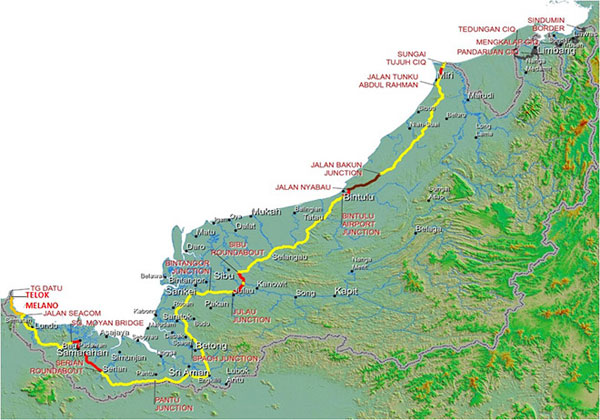 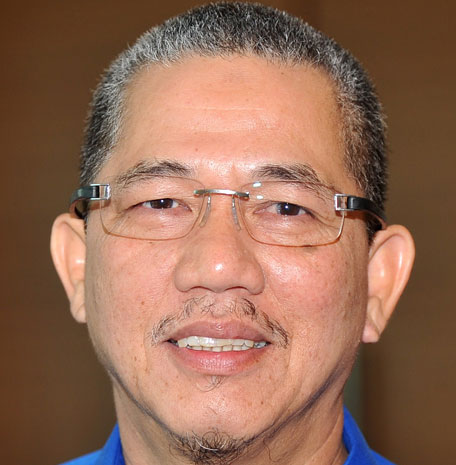 KUCHING: Phase Two of the Pan Borneo Highway project involving the stretch from Limbang to Lawas is expected to be finalised by the end of this year, disclosed Works Minister Datuk Seri Fadillah Yusof.

According to him, the proposal has been presented to the government’s highest technical committee for approval.

“There are a few options for the stretch from Limbang to Lawas including whether to bypass Brunei or (use) other alternative roads. We are now waiting for the final decision (from the committee),” he told reporters when asked about the progress of the mega project at his Hari Raya Aidilfitri open house here yesterday.

Fadillah, who is also Petra Jaya MP, expressed his hope that the decision will be finalised by October.

“Once we have a decision, then we can hand this over to the project delivery partner (PDP) to appoint contractors to implement the line-up of projects for Phase Two of the stretch from Limbang to Lawas,” he explained.

On Phase One of the Pan Borneo Highway project, he said all projects under this phase have commenced.

“There are some projects that have reached more than 50 per cent completion because they started construction early. Some even commenced construction back in December last year,” he remarked.

He also pointed out that most of the projects are either on schedule or even ahead of schedule.

“There are maybe one or two projects that are behind schedule but these are due to problems regarding land which have to be solved first.

“Other than that, the overall performance of this (Phase One) project is at satisfactory level,” he said.

Fadillah and his wife Datin Seri Ruziah Mohd Tahir welcomed visitors from all walks of life to their residence at Jalan Sultan Tengah in Petra Jaya on the third day of Hari Raya where guests were treated to a smorgasbord of delectable Malaysian cuisine as well as thirst-quenching ‘cendol’ to cool down from the hot and sunny afternoon.

“For this year’s Hari Raya, I decided to expand the canopy so that more visitors regardless of race and religion can come and celebrate the festivities with me and my family.

“The public’s visiting of open houses show that Sarawak remains as a united state and this is the uniqueness and strength of Sarawak which we must maintain so that this solidarity can move our state forward and contribute towards the development of a country that’s more united and prosperous,” he said.

Fadillah also welcomed some notable VIP guests during his open house in the morning.