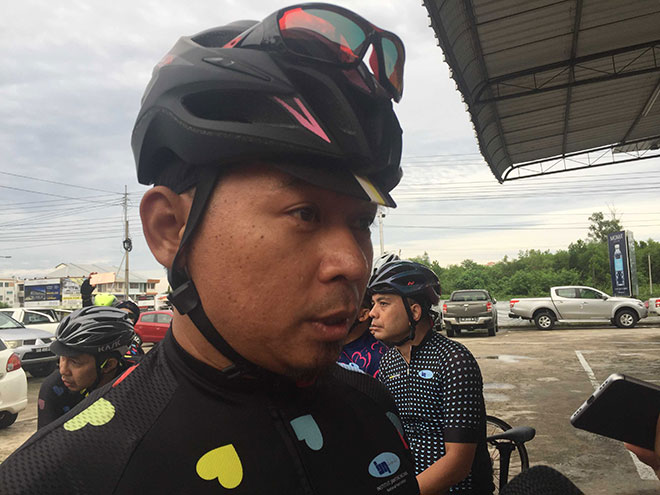 KOTA KINABALU: What Azman Hussin, 42, thought was just a simple case of food poisoning, turned out to be a very serious heart problem, thus proving that a heart attack can occur to anyone at anytime.

Based on his own experience, Azman said the lack of exercise and the uncontrolled consumption of fast food could be the perfect recipe for disaster.

Azman, a former heart patient, had always thought that he was a healthy person. He never thought that the over indulgence in fast food can be detrimental to one’s health.

“I used to not care about my health. I never cared about my diet. My cholesterol rate was very high. Perhaps it was because I was so busy with my work, which gave me little time to keep track of my health,” Azman said.

This then led to a heart problem for Azman. Upon receiving that news, he knew that the time to change has come.

“I remember when I first had my heart attack; it happened when I was working. I was not even stressed at that time. I was cool.

“Then I felt this burning sensation inside of me. At first I thought it was just food poisoning.  However, after some time I started to realize that it is something more serious than food poisoning.

“I then went for a check-up and it was confirmed that I was suffering from a heart problem. Luckily, thanks to a prompt treatment, my heart went back to normal,” Azmad said.

After receiving his imminent wake-up call on 2014, Azman decided to involve himself in cycling activities as he wanted to make a better version of himself.

Before turning a new leaf, Azman used to weigh about 100 kilograms. Luckily, after being active in cycling, he managed to lose over 22 kilograms and he is a much fitter person now.

“Do not ever think that you are healthy just because you are young. Anyone can become a victim of a heart attack, especially men. It is even worse for those who smoke and those who tend to not care about their diet.

“You must always check your cholesterol rate and you must exercise. You must be involved in the appropriate activities. Merely having walks is not going to cut it. For example, young people should do heart cardio activities,” Azman said when met at the My Heart My Life 2017 cycling tour programme yesterday.

He now works as a cardiac angiographer for the National Heart Institute (IJN).