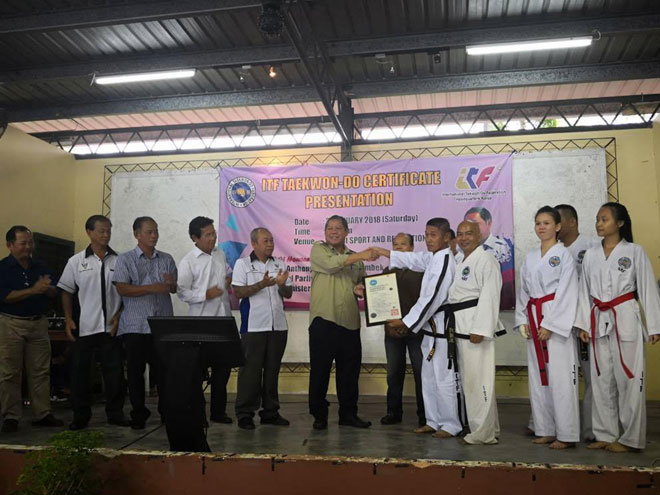 He urged the club to continue promoting the martial art among local youths here as it can inculcate high sense of discipline and responsibility among its members.

He also pledged his continuous support to the club towards producing more national or international level exponents from his constituency, particularly in the up-coming Asia Taekwon-Do ITF Championship 2018 in Kuala Lumpur.

Nogeh, who is also Deputy Minister of Agriculture and Agro-based Industry, said this at the presentation of upgrading certificates to 72 taekwondo members of Singai Sports and Recreational Club, including those from Serian, held  at the club hall in Kampung Sudoh, Singai near here recently.

several other local community leaders from Singai were also present.