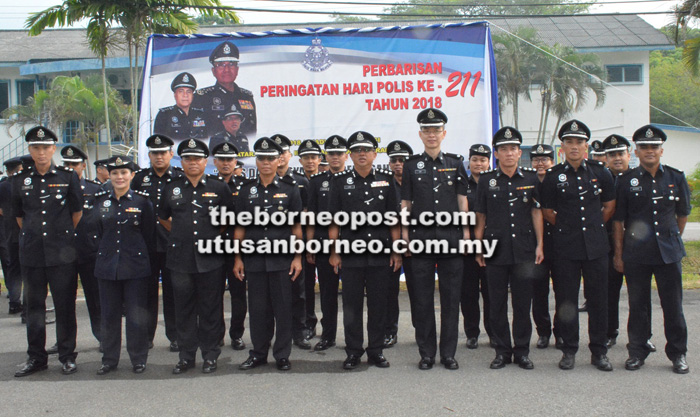 Lim (front, centre) in a photo-call with his officers during the 211th Police Day celebration in Miri yesterday.

District police chief ACP Lim Meng Siah said the success in bringing down the crime index was due to the strong cooperation between police and the community.

“We have carried out various crime prevention programmes that aim to bring us closer to the local community in order to encourage involvement and cooperation in fighting crime. These programmes have thus far received good support from all communities in Miri,” he said during the 211th Police Day celebration here yesterday.

In addition to bringing down the crime index, Lim disclosed that police have also increased the solving rate of cases – from 38.4 per cent in 2016 to 45.9 per cent last year.