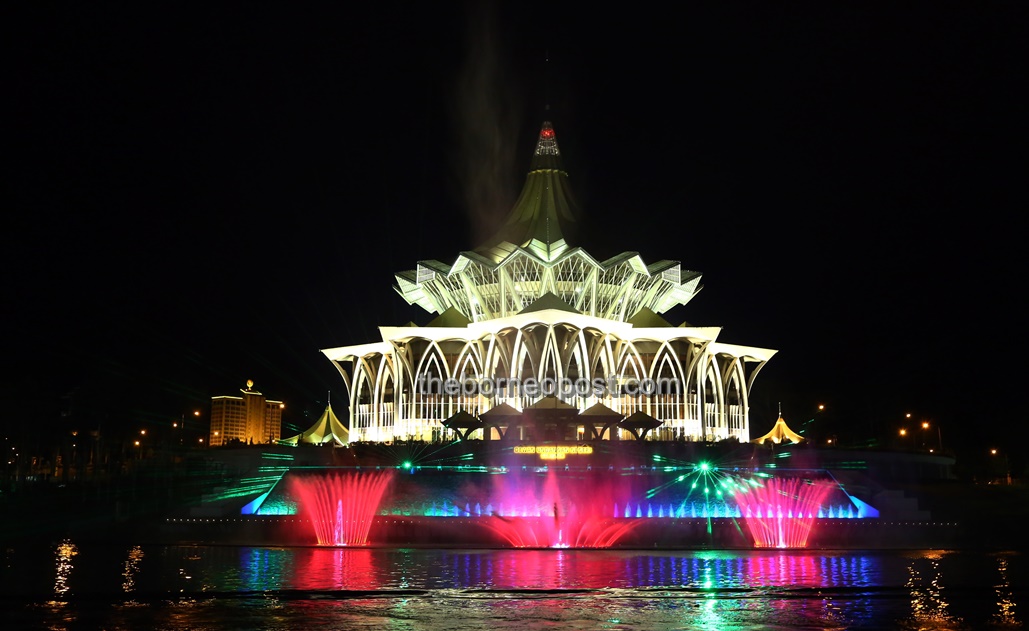 KUCHING: With the price tag of RM31 million, the state government is now facing the music over the practicality of the Darul Hana Musical Fountain in front of the Dewan Undangan Negeri (DUN) building.

In a statement today, Batu Lintang assemblyman See Chee How said the project at RM31 million is being excessively priced. 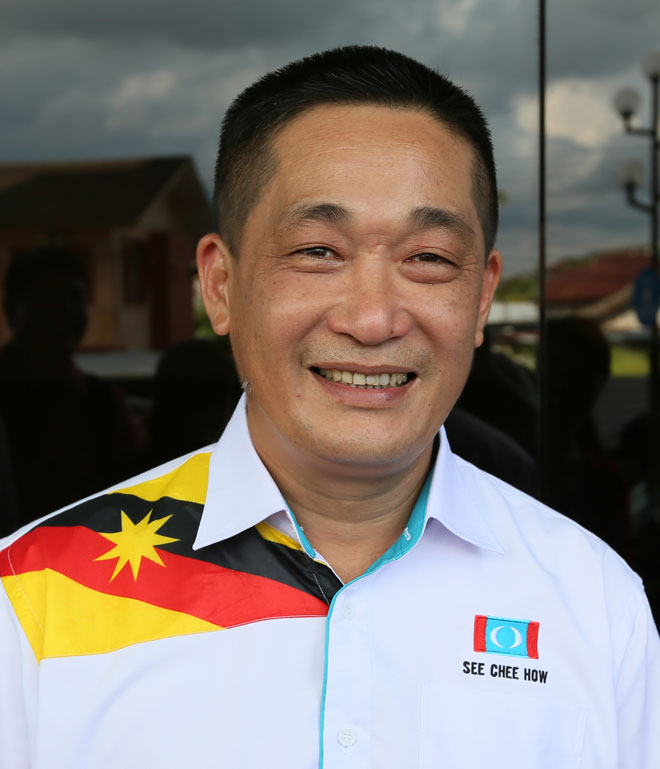 “With that enormous sum, it was thought to be used for a lengthy stretch of the Waterfront on the side of the Astana and the DUN across the river or along the south bank of Sungai Sarawak connecting and encompassing the river frontage to the historical business centre of the old township, the existing Kuching Waterfront which has the length of 1.6-kilometre (km) was then completed for a cost of RM89.9 million.

“But this costly project turned out to be a development of a mere 80-meter stretch (1/20 of the opposite bank development) right in front of the already majestic Dewan Undangan Negeri building, a musical fountain and nothing more,” he said.

For comparison, See said the recently completed Darul Hana Bridge or Golden “S” bridge across the Sungai Sarawak had cost the state RM35 million and the nearly completed floating Mosque a few meters upstream is projected to cost only RM10.6 million.

“Is the Darul Hana Musical Fountain such a monumental engineering feat equal to the Darul Hana Bridge or three times the cost of the floating Mosque?”

Besides noting that the Darul Hana Musical Fountain project as an “excessively priced” project, See questioned whether there was any preferential treatment to a particular contractor which seemingly was a wrong choice.

“For a musical fountain project to cost RM31 million is manifestly overpriced. I do not think that the Chief Minister and the state government had intended to implement such wasteful and extravagant project.”

Now that the project is completed, See said the extravagant project is also poised to go down in history as “an icon for irrational administration decision”.

“The proposed Marudi Waterfront project which is designed to cover 300 metres of the waterfront to form part of the 7.6-acre Marudi Town Square Explanade is estimated as RM23 million, a massive project which is costing less than this musical fountain, is certainly hurting for the Assistant Minister of Local Government Datu Dr Penguang Manggil, who is also the elected representative for Marudi.

“I empathise with the assistant minister who has to vent his anger against the federal government in the mass media, for listing the Marudi waterfront project as “Keep In View” for lack of funds.

“Rationally, and judiciously, his request should be considered and approved by the state government, without going to the federal government. The proposed Marudi Waterfront project should take precedence over the Darul Hana Musical Fountain project.”

Further, See said the allocation for the proposed Batu Kawa Wetlands Waterfront project, which is of greater significance and profound environmental conservation values was given a meager RM5 million.

However, See said there are more questions to the musical fountain project that the state administration and the anti-corruption enforcement officers must investigate into and provide answers to the Sarawakian public, for want of good governance.

“Firstly, how could the works on such a costly project had started in April when it was only in July that the Sarawak State Assembly has approved the allocation under the Ordinary Expenditure of the supplementary budget?

“Secondly, the musical fountain project which is nothing extraordinary was awarded under a negotiated contract. Have DBKU (Kuching North City Commission) and the State Government considered that it could have been constructed and completed at only a fraction of RM31 million, if open tenders or selected tenders were called earlier?

“Thirdly, and sadly, this unusual and irregular decision on an extravagant project and the questionable award and appointment of the contractor epitomised the sliding and downgrading of our public-sector management.”

In view of this, See strongly urged the Chief Minister and the Malaysian anti-corruption commission (MACC) to investigate into Darul Hana Musical Fountain project on its cost with reference to scope of works and whether there was any preferential treatment to a particular contractor undertaking the project.

“It would be timely for the Chief Minister to instruct the state audit department to conduct a performance audit, besides the financial audit of this musical fountain project. Prudent project financial management is not just about keeping to the financial allocations, but good governance and regulatory practices in the management of our public expenditure. Sarawak want no equivocation, ” he said.

The Borneo Post is contacting DBKU Mayor Datuk Abang Abdul Wahap Abang Julai for his comment regarding the matter.