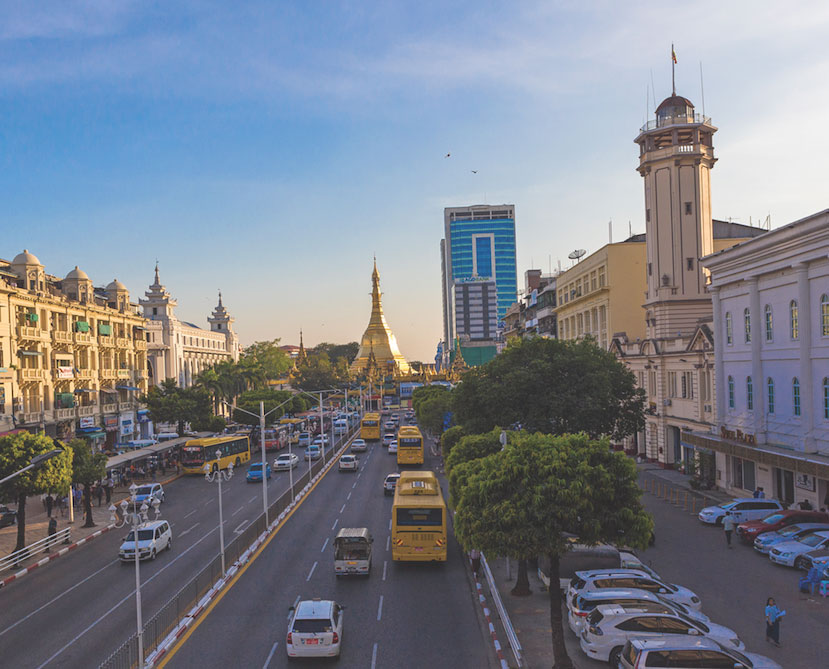 As part of ongoing efforts to liberalise the financial services industry and increase credit to the private sector, the Central Bank of Myanmar (CBM) has introduced regulations to facilitate foreign investment in domestic lenders.

On January 29 the CBM issued Regulation No 1/2019, allowing foreign banks and financial institutions to hold equity of up to 35 per cent in local banks.

To obtain approval from the CBM, a domestic lender will have to provide a copy of the agreement with the overseas institution along with the proposed equity ratio.

It is hoped the change will enhance competition in the market, bring gains in lending and improve service quality.

Prior to the reform, the Myanmar Companies Law, which came into force on August 1, 2018, made it possible for foreign investors to hold a minority stake of up to 35 per cent in domestic firms, although this had not yet been applied in practice in the banking sector as the CBM had maintained strict supervision.

The move follows another significant step forward in the liberalisation of the financial services sector, with the Ministry of Planning and Finance (MoPF) announcing on January 2 that foreign companies could offer life and non-life insurance lines in Myanmar.

In the same vein, the retail banking segment is set to open its doors to foreign participation next year, with U Soe Win, minister of the MoPF, stating in mid-January that the government will allow overseas firms to launch retail banking services in 2020.

Since 2013 the central bank has approved licences for foreign banks to establish representative offices and carry out limited business activities, and in November last year the business activities were broadened to include wholesale banking services.

There are currently 13 international banks – from China, Japan, Singapore, India, Malaysia and Vietnam – operating branches in Myanmar, as well as 49 foreign banks with representative offices and 26 private domestic banks.

“Local private banks have been operating for 25 years, but the sector will not improve unless there is strong competitiveness,” U Soe Win, told local media last month.

“So, we needed to consider whether we should continue to allow only local banks, or we should change and allow foreign banks to help create a competitive environment. Thus, we are allowing foreign banks.”

Preparations under way for launch of Myanmar’s first credit bureau

As well as providing a more competitive financial services landscape, the CBM is looking to boost lending, with low credit access posing an obstacle to growth across the economy.

Key to improving this is the creation of the country’s first credit bureau, and to this end the central bank awarded the Myanmar Credit Bureau (MCB) a licence to collect credit records and provide them to lenders in May last year.

Work is ongoing to prepare for the launch of the MCB’s services, and in December the bureau signed a deal to purchase a credit bureau software licence from Equifax New Zealand – a provider of credit risk services.

Speaking to press after the agreement was inked, U Zaw Lin Aung, chairman of the MCB, said, “This is our first step. Before this, we observed the way local banks maintain their credit files. We have studied the technical aspects, so we believe we will be able to provide services in nine to 12 months.”

The bureau is aiming to develop the risk framework that banks use to make lending decisions, which are overwhelmingly based on secure collateral.

CBM raises interest rate cap on loans to 16 per cent

The CBM’s policy of capping interest rates at 13 per cent – which meant lenders were not able to charge more for higher-risk clients and therefore often avoided providing credit – and strict collateral requirements have also been viewed as inhibiting private sector credit growth.

However, the regulator recently moved to address this, giving banks permission to extend loans to clients at a maximum lending rate of 16 per cent for unsecured collateral as of February 1.

Furthermore, clients will be able to apply for the rate with or without collateral.

“This extra room in interest rates will be a boom for the sector and will make loans viable where before it was tough or impossible due to the previous secured collateral rules,” U Thein Zaw Tun, managing director of CB Bank, told OBG.