Thursday, June 4
You are at:Home»News»Sabah»5,947 grammes of syabu seized from Filipina’s home 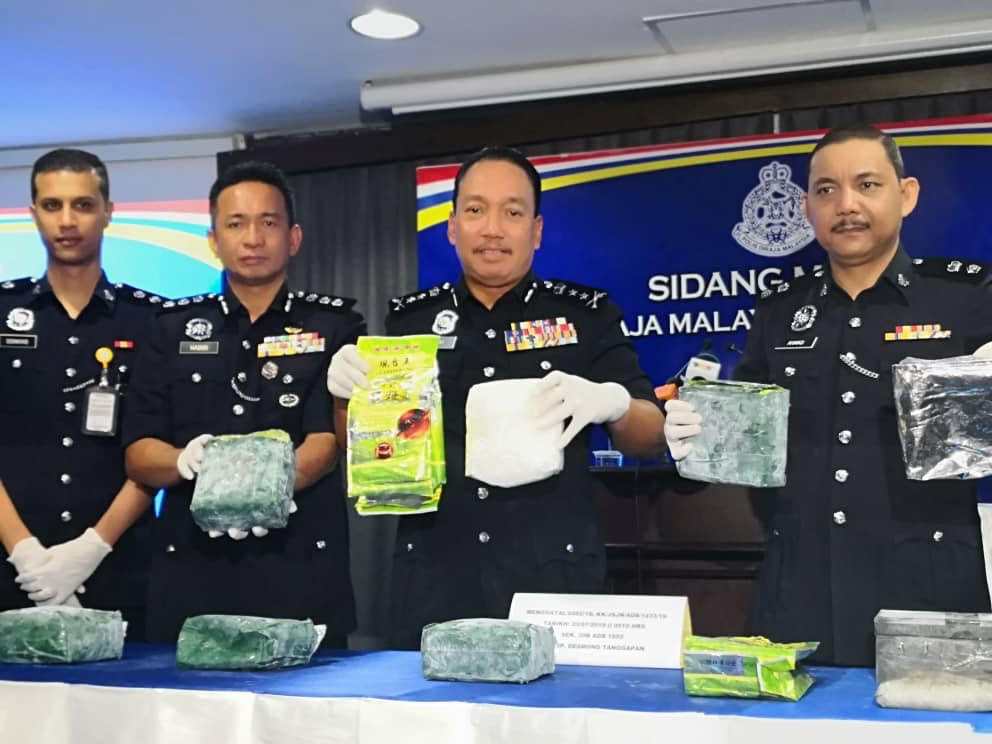 Zaini (second right) with Habibi (second left) and Ahmad (right) showing the drugs that were seized from the suspect’s home in Manggatal.

KOTA KINABALU: A Filipino woman will face the death penalty after police seized 5,947 grammes of syabu from her home at Bandar Sierra in Manggatal here on Tuesday.

Sabah Deputy Commissioner of Police Datuk Zaini Jass said the 32-year-old suspect was alone in her home when police made the raid around midnight on July 23.

“During the raid, police found a backpack inside a kitchen cabinet and upon opening the bag found a Chinese tea packaging which contained crystal substance believed to be syabu weighing 507 grammes.

“Further check of the suspect’s home led police to five packets of crystal substance believed to be syabu with a combined weight of 5,440.27 grammes.

“Two of the packets were found underneath the front passenger seat, one underneath the driver seat and two packets in the bonnet,” he told a press conference at the state police headquarters in Kepayan yesterday.

“The unemployed suspect claimed to have told police that the drugs were obtained from a foreign man for distribution in local market,” said Zaini, adding that the case is being investigated under Section 39B of the Dangerous Drugs Act 1952.