Saturday, October 8
You are at:Home»News»Sabah»Reward for arrest of elephant killers increased 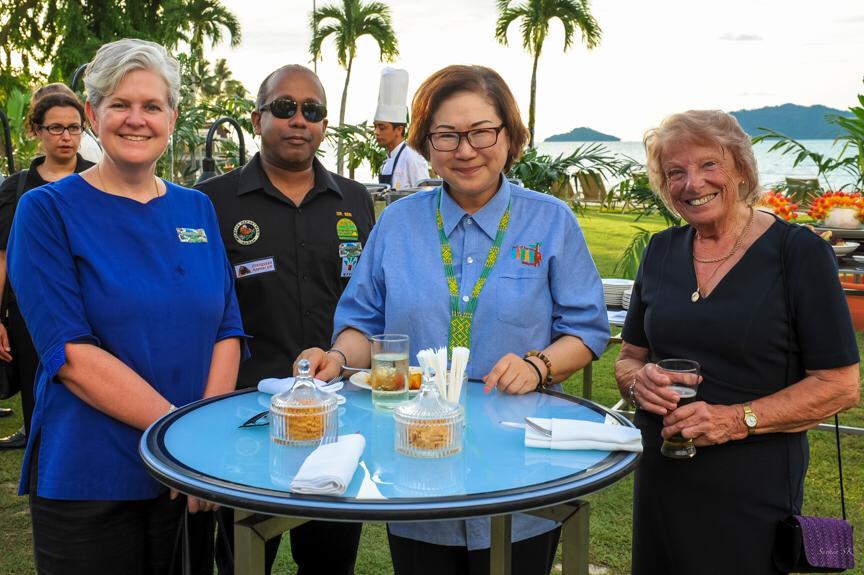 KOTA KINABALU: Orangutan Appeal UK has pledged RM10,000 to the reward offered for the arrest of those involved in the recent killing of an elephant in Sungai Udin, Tawau.

With Orangutan Appeal UK’s pledge, the bounty now stands at RM30,000 with RM10,000 offered by the Sabah Wildlife Department and RM10,000 donated by a concerned individual.

Its founder, Sue Sheward, in making the pledge said she was shocked to hear about the heinous crime where a 30-year-old bull elephant was shot by poachers in Sungai Udin last week.

“I just arrived in Kota Kinabalu two days ago and heard this gruesome news from the Assistant Director of Sabah Wildlife Department, Dr Sen Nathan. He was devastated as he and his team conducted the post-mortem and said that in his 25 years of working with wildlife he has never come across and act of cruelty as this” said Sue.

“As I have made a pledge to the honourable Chief Minister of Sabah, Datuk Seri Shafie Apdal when I met him last year, to help him and Sabah in conservation activities, I would like to pledge RM10,000 into the reward pool for the information that would lead to the successful capture and prosecution of elephant poachers of Sungai Udin, Tawau.

“This is the right thing to do and I hope more Malaysians can step up and assist in capturing this cruel elephant poachers” she said.

Sue said she is in Sabah at Dr Sen’s request to assist Sabah Wildlife Department in translocating a pair of rehabilitated Orangutans from Sepilok to Tabin.

The two orangutans, Ceria and Rosa are ready to go and will be monitored during the whole release program, she said.

“It is sad that Tiger the orangutan who was released last year managed to find its way to a plantation and had to be brought back to Sepilok. This shows how challenging the good work that Dr Sen and his team have to endure and manage. We have not given up on Tiger as we are still working out how we can finally release him out into the forest safely,” added Sue.

On Sept 25, a group of anglers found the body of the juvenile elephant floating in the river in Sungai Udin, Kalabakan, with a rope tied around its neck. When officers from the Wildlife Department went to look for the elephant a day later, it was found without the rope and in a sitting position on the river bank.

A post-mortem conducted revealed that the elephant was a juvenile male aged between 20 and 30 years old with its body riddled with 73 gunshot wounds fired at close range and it had its tusks were sawn off.

The case is being investigated under Section 25/28 of the Wildlife Enactment 1997 which carries mandatory jail time if convicted. Police have also been roped in to help with investigations, in what is dubbed as “Ops Khazanah”.

Sabah Wilfdlife Department director Augustine Tuuga said that there has been more than 100 elephant deaths reported in the last nine years, from a variety of causes including being shot to death, poisoned or deathly illnesses.

Sue is the chairperson and founder of a UK based NGO- Otangutan Appeal UK (OAUK) which has been working with Sabah Wildlife department for the past 20 years helping to fund various activities and staffing at Sepilok Orangutan Rehabilitation Center.

The vehicles were officially handed over to the unit, witnessed by Deputy Chief Minister Datuk Christina Liew  a few months ago in Kota Kinabalu.