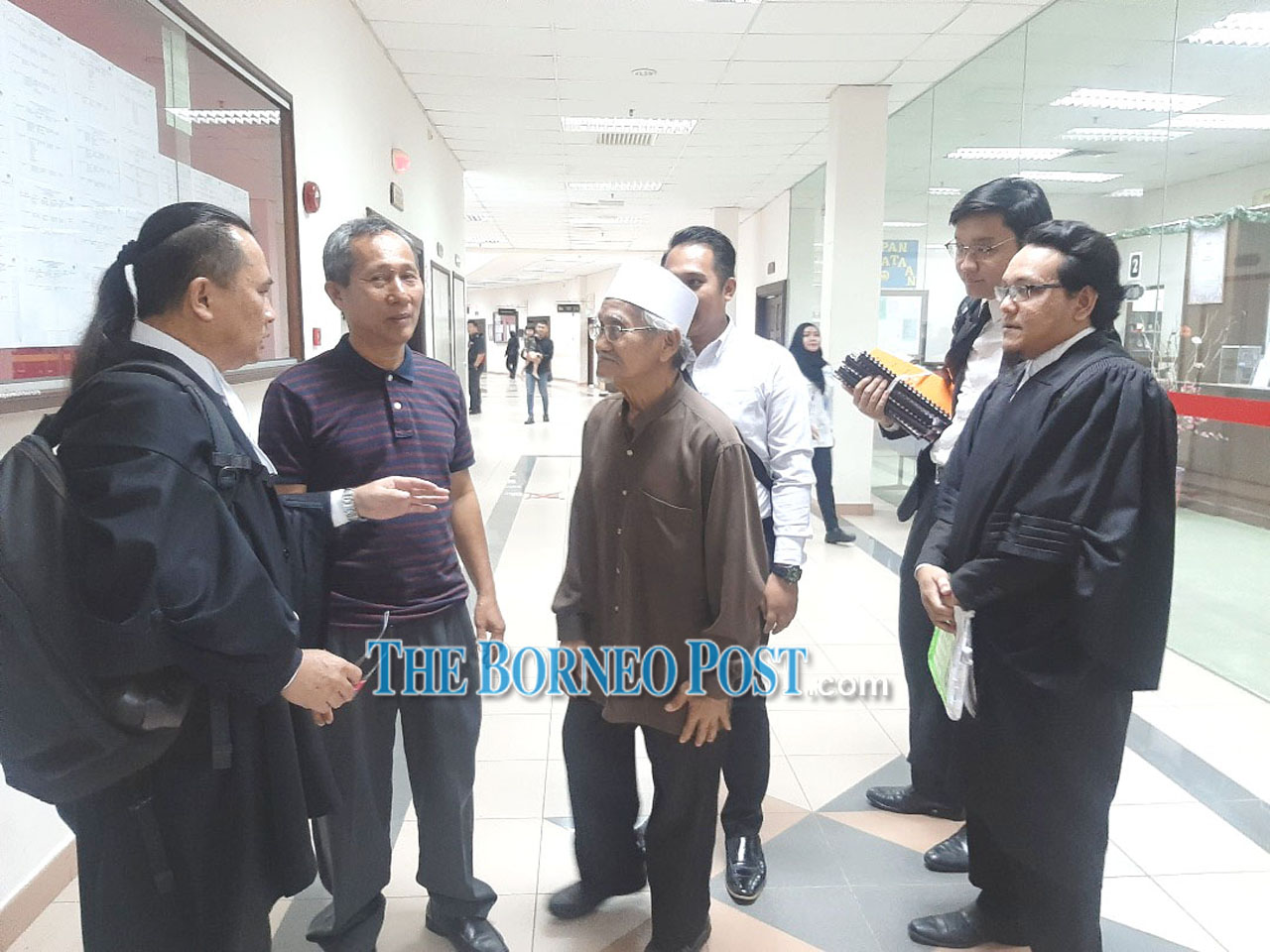 Ahamit (second left) with his lawyers Abdul Rahman (left) and Christopher (right) seen after the Court of Appeal proceeding.

KUCHING: The Court of Appeal yesterday set aside a two-year jail sentence on a former teacher who allegedly molested his 11-year-old student three years ago.

A three-member panel led by Dato Zaleha Yusof unanimously ruled in favour of Ahamit Umping, 58, after finding some issues pertaining to the credibility of a witness in the case.

Ahamit had previously claimed trial to outraging the modesty of the pupil in January 2016.

He was accused of caressing the pupil’s genitals and chest in a sports equipment storeroom at a primary school here, and was convicted by the Magistrate’s Court under Section 354 of the Penal Code and sentenced to two years’ imprisonment.

He then appealed his sentence in the High Court, and walked free after the court allowed his appeal. The decision saw the prosecution file an appeal to the Court of Appeal.