Wednesday, June 23
You are at:Home»Health & Environment»Climate change ‘tipping points’ too close for comfort 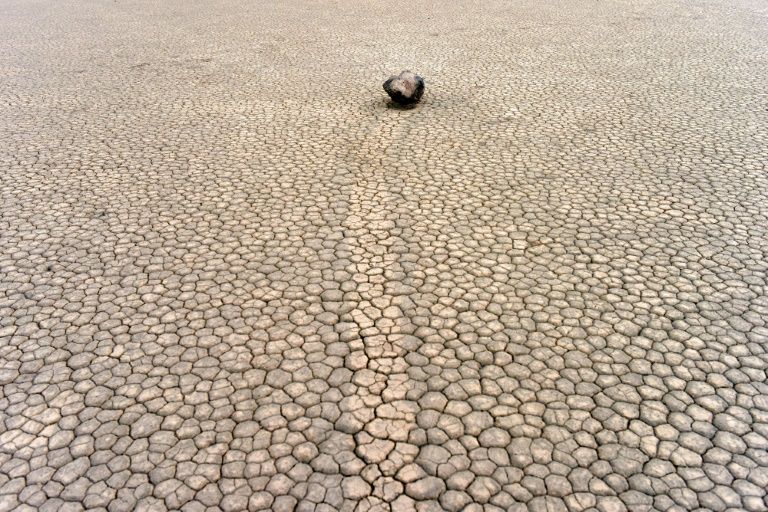 There are 15 known tipping points in the planet’s complex and joined-up climate system, and nine of them are alarmingly “on the move”, scientists say. AFP Photo

PARIS: Loading the atmosphere with five million tonnes of CO2 every hour has pushed Earth dangerously close to a no-return threshold, beyond which lies an unlivable hothouse world, top climate scientists have warned.

There are 15 known tipping points in the planet’s complex climate system, and nine of them — including permafrost, the Amazon rainforest, the Greenland icesheet, Arctic sea ice, and the Atlantic Ocean’s circulation — are alarmingly “on the move”, they reported in the journal Nature.

Locked inside the tundra of Russia, Alaska and Canada, for example, is twice as much CO2 and methane as there is already in the atmosphere. If humanity cannot manage its own carbon pollution, what will we do if Earth turns from sink to source, adding even more?

Q. How has scientific understanding of tipping points changed over the last decade or two?

ROCKSTROM: Today we are reaching a point of unequivocal scientific evidence that these tipping elements are real. The Earth system is an interconnected, self-regulating bio-geophysical system that can exist in different stable states. You can have rainforests, such as in the Amazon, that can tip over and become savannah. You can have stable icesheets, or ice-free conditions.

We have come to realise that two degrees Celsius (35.6 degrees Fahrenheit) is not just a political temperature target, it is actually a planetary boundary. Go beyond that and we are at risk of unleashing self-reinforced warming — this is what Earth system scientists fear most.

The moment that the Earth system flips over from being self-cooling -– which it still is –- to self-warming, that is the moment when we lose control.

In 2001, the threshold was seen to be around 5C or 6C of warming. Today the IPCC estimate is between 2C and 3C. Coral reefs, Arctic sea ice and the West Antarctic icesheet have either crossed the tipping point already or are very close. You could call them the first planetary victims of Anthropogenic climate change.

Q. Does that mean we need to shift our focus to preparing for the inevitable impacts that will follow?

LENTON: We will have to adapt to some changes that may now be unavoidable. The Amundsen Sea Embayment of West Antarctica might have passed a tipping point — the “grounding line” where ice, ocean and bedrock meet is retreating irreversibly.

When this sector collapses, it could destabilise the rest of the West Antarctic icesheet like toppling dominoes, leading to about three metres of sea-level rise on a timescale of centuries to millennia. Models suggest that the Greenland icesheet could be doomed at 1.5C of warming, which could happen as soon as 2030.

For long-term sea level rise, then, we should be looking seriously at relocation.

But what we know about tipping points should strengthen the argument for reducing greenhouse gas emissions. The fact that we start to see some unexpected shifts in the system should give an extra impetus to meet the Paris goals of limiting the warming as close to 1.5 as we can.

We’ve got a short-term challenge which is to try and get to net-zero greenhouse gas emissions in the next 30 years. That should be the focus of the most urgent attention. We need a joined-up strategy — it has to be a two-pronged approach.

Q. You highlight the ways in which different facets of Earth’s climate system interact, and how that may amplify the risk of dire impacts.

ROCKSTROM: The cascading combinations are critically important, and pose a challenge to the scientific community. We see three in evidence today.

There is a connection, for example, between the Arctic and Antarctica via the ocean circulation system in the Atlantic. The slowdown in the so-called Atlantic overturning leads to more warm surface water in the Southern Ocean, which in turn leads to faster melting of the West Antarctic icesheet.

Changes in the Arctic and Greenland, meanwhile, can also help explain the more intense droughts in the Amazon basin, which result in more forest fires and pulses of CO2 into the atmosphere.

About 17 percent of the Amazon has been lost since 1970. Estimates of where an Amazon tipping point could lie range from 40 percent to just 20 percent of forest-cover loss. Finding the tipping point will require models that include the interaction of deforestation and climate change. – AFP