Tuesday, September 28
You are at:Home»News»Crime»Man arrested after over RM3k worth of drugs found in his possession 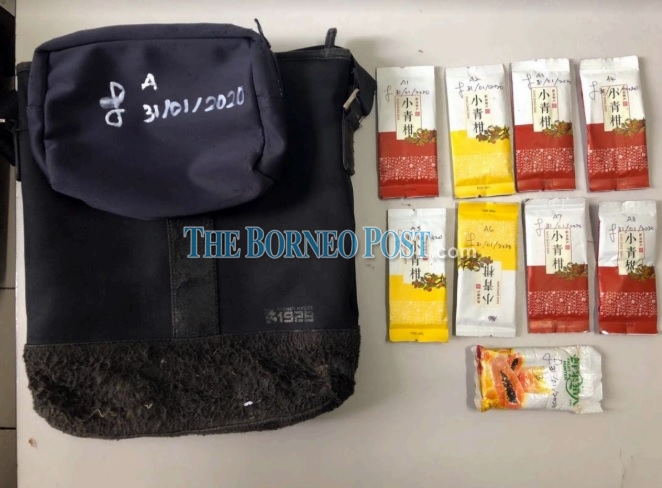 The drugs that were found in the suspect’s possession.

KUCHING: Police have arrested a 39-year-old man after they found 267.16 grammes of drugs believed to be ecstasy (powder form) in his possession.

Sarawak Narcotics Criminal Investigations Department (NCID) head Supt Hasnir Abdul Hamid in a statement today, said the suspect was arrested at a house in Kampung Semariang Jaya around 9.30am on Jan 31.

“The drugs were concealed inside eight ‘Xiao Qing Gan’ tea packets (236.26 grammes) and one ‘Fruit Hunter’ packet (30.90 grammes) that were found inside a sling beg worn by the suspect,” said Hasnir.

Police estimated the drugs to worth about RM3,150.

The suspect was later brought to the Sarawak Police Contingent Headquarters to undergo a drug test. He was tested positive for amphetamine / methamphetamine.

Hasnir said the suspect, who is a car wash worker, has a past criminal record for a drug related offence.

The case has been classified under Section 39B and Section 15(1)(a) of the Dangerous Drugs Act 1952.

The suspect is currently under remand for seven days.