Wednesday, October 20
You are at:Home»News»Sabah»Timing of suit against Musa suspicious – Abdul Rahman 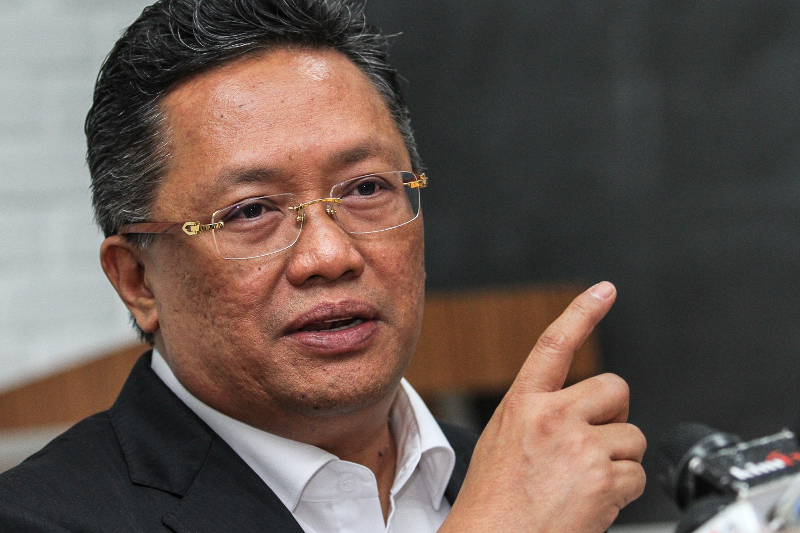 The Umno Tuaran division chief is of the opinion that the RM872 million lawsuit by Yayasan Sabah against Musa is a clearcut smear campaign and stinks of political vengeance by a weakening administration.

Abdul Rahman in a statement on Sunday said he also fully supported Musa seeking RM1 billion in damages and a formal apologiy from the Yayasan Sabah Board of Trustees over its decision on the multi-million ringgit suit against him.

He is of the opinion that the Warisan-led Sabah government is once again more focused on politicking than running the state, preferring to engage in mudslinging politics rather than reviving a dwindling state economy and improving the welfare of the people.

Musa, he said, had called the allegations false and scandalous and had in no uncertain terms denied any wrongdoings in discharging his fiduciary duties when he was Yayasan Sabah chairman, adding that there were a few glaring anomalies about the lawsuit in question.

“I agree with Musa’s counsel, Tengku Fuad Tengku Ahmad‘s view that it is highly irregular and improper to announce a lawsuit through the media prior to serving the papers to the defendant.

“It clearly looks like an attempt at shock and awe to generate sensation, both in the mainstream and social media, for the pure objective of gaining political mileage. Secondly, the timing of the lawsuit is highly suspicious. Why now and not six months or a year ago?” Abdul Rahman stressed.

According to him, the sudden lawsuit mounted by Yayasan Sabah under Warisan’s watch was reminiscent of the same attempt to reimpose old corruption charges for which Musa was already cleared of just three days before his appeal on the rightful Sabah Chief Minister case in 2018.

“Today we are once again at that juncture and we see same mischief being committed just as the Federal Court of Appeal is about to decide on the final appeal on the rightful Chief Minister case,” he said.

Abdul Rahman pointed out that the attempt to tarnish Musa’s name also seemed to coincide with talks of Warisan elected representatives ditching the party due to the party’s failure to govern the state and revive the badly impacted economy due to Covid-19.

“Is the Warisan-PKR-DAP-Upko coalition so fearful of collapsing, that it is resorting to such dirty legal tactics to keep their shaky government? Sabahans realize that the claims in the Yayasan Sabah lawsuit against Musa are basically similar to  the corruption and money-laundering charges that were recently dropped by the Attorney-General’s Chambers,” he said.

According to Abdul Rahman, Attorney-General Idrus Harun had reportedly said the charges against Musa were untenable and the decision to free former Sabah chief minister Musa Aman was taken in accordance with his powers under Article 145(3) of the Federal Constitution.

“It looks like the Warisan-led government is dissatisfied with the decision and is hell-bent on getting Musa,” he opined.

“Warisan’s Sepanggar Member of Parliament Datuk Azis Jamman said he  was perplexed that new Attorney-General Idrus Harun deduced that Musa was innocent whereas the previous AG, Tommy Thomas, thought there was a case against the former Sabah Umno chief.

“He said things have changed since Perikatan Nasional took over the government and if the government changes again, the AG might change and the opinion might change as well. Ironically Azis’ statement just proves that the witch hunt on Musa started when the Warisan came into power supported by the Pakatan Harapan government,” Abdul Rahman said.

Azis, according to him, also said it seemed the law changed following a change of government.

“To this, I wish to inform him this practice started under the PH government. Despite having been cleared by MACC and Hong Kong’s ICAC, the case reopened on the heels of Musa’s legal challenge for CM’s post.

“My question to Azis is why is it acceptable for Tommy Thomas to revive a case after more than a decade but it is questionable for the present AG to drop the case. Should an administration succumb to such double standards?” asked Abdul Rahman.

It went to show that the Warisan-led government was in constant turmoil, focusing more on operation ‘Get Musa’ than running the state, he said and lamented that it was most unfortunate for the people of Sabah.

“Your elected representatives should be concentrating on developing the state, reviving the economy and improving the people’s welfare instead of being in constant fear of past leaders returning,” he stressed.