Saturday, August 20
You are at:Home»News»Sarawak Catholic churches to remain closed for Ash Wednesday, Mass to be held online 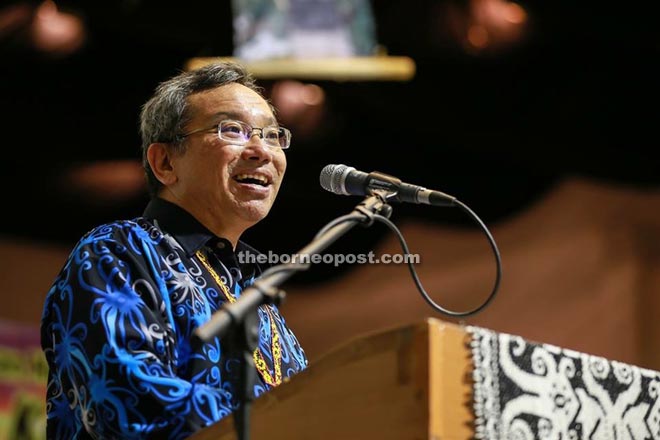 KUCHING (Feb 16): Catholic churches in Sarawak will not reopen for Ash Wednesday tomorrow although houses of worship in Covid-19 green and yellow zones are now permitted by the Sarawak Disaster Management Committee (SDMC) to hold prayers.

Archbishop of the Roman Catholic Archdiocese of Kuching, Simon Poh said the Holy Mass for Ash Wednesday will be a live-streamed Mass at 9am from St. Joseph’s Cathedral, Kuching.

Alternatively, he said Catholics may use the home prayer for Ash Wednesday prepared by the Archdiocese of Kuala Lumpur, Diocese of Penang, and Miri Parish within a household.

He however cautioned different households or families not to gather to observe Ash Wednesday, which is the first day of Lent.

“Ash Wednesday is not a Holy Day of Obligation. So there is no obligation to attend Mass nor receiving ashes. The Church requires that all Catholics aged 14 to 60 year old to observe Ash Wednesday as a Day of Fasting and Abstinence.

“I entrust our Catholic Church Prayer Leaders in around 300 Catholic villages in the Archdiocese to monitor and ensure SOP compliance during wake prayers and burial rite. SDMC considered such gatherings as high risk for potential infections as we have witnessed in this recent wave in Sarawak,” he said.

SDMC in an updated Standard Operating Procedure (SOP) yesterday have permitted houses of worship in yellow and green zones to open but for only prayers and under prevention and control measures.

Other activities like cultural activities, funeral services, wedding services, meetings, seminars, courses and so on are still not allowed.

Poh also hoped that despite the pandemic, Catholics would continue to observe the Lenten penitential practices of almsgiving, prayer and fasting.

“These three Lenten practices are to be carried out together. Do this and we too will be personally blessed by the Lord,” he said.

On another matter, Poh who is also Association of Churches, Sarawak (ACS) chaiman expressed gratitude to the Unit for Other Religions (Unifor) for the issuance of the updated SOPs which allow masses in churches under green and yellow zones to not more than 100 people at any one time depending on the size of the building.

He nonetheless reminded Christians in Sarawak that the state is still under Conditional Movement Control Order (CMCO) with many active Covid-19 clusters.

“Though Churches have been given permission to reopen in green and yellow zones, I exhort all Christians in cities, towns and kampongs to do our social Christian responsibility to contain Covid-19 by adhering to safety SOPs and minimising points of contacts in our social circles.

“We believe that together with all people of Sarawak, we will contain this widespread of Covid-19 for the common good of all,” he said.

At the same time, inviting preachers or speakers from outside Sarawak is not allowed unless they have been in the state for 30 consecutive days.

For red and orange zones, SDMC said prayer sessions were still not allowed for the general public.

The Health Ministry categorises districts with no cases as green zones and those with one to 20 cases over a two-week period as yellow zones, 21 to 40 as orange zones and 41 and above as red zones.