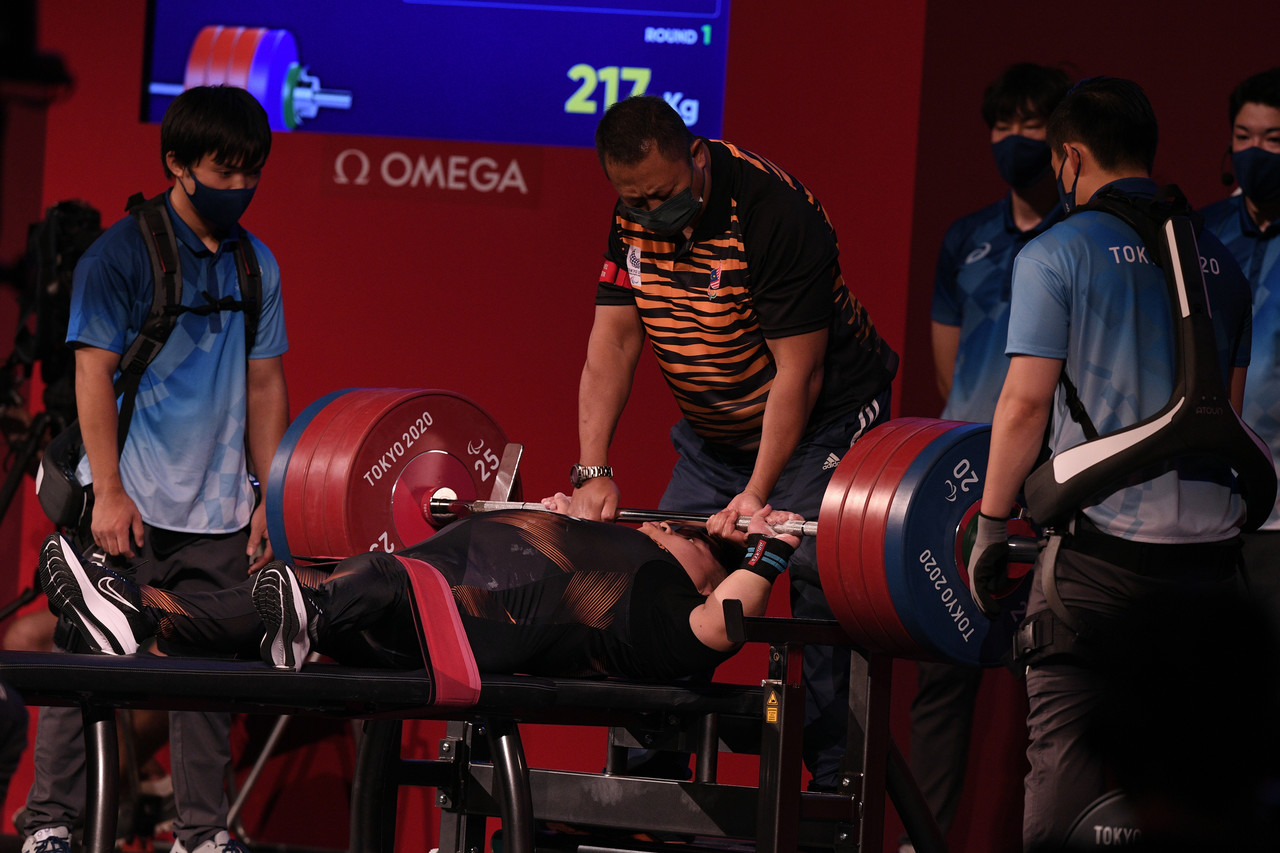 TOKYO (Aug 28): National powerlifting champion, Bonnie Bunyau Gustin pulled off an amazing feat when he won the first gold medal for Malaysia on the fourth day of the Tokyo Paralympic Games today.

What was more impressive was that the Sarawakian, who was born in Serian, also broke the Paralympics record of 227 kg set by Rasool Mohsin from Iraq in Rio 2016 when he lifted 228kg in his third attempt on the first day of the sport.

However, Bonnie did not better his own world record of 230kg that he set at the 11th Fazza Dubai Powerlifting World Cup in the United Arab Emirates (UAE) last June when he failed to lift 231kg ​​in his fourth attempt.

The silver medal was won by Egyptian athlete Mahmoud Attia while the bronze went to Micky Yule of Great Britain.

The dwarf-sized Bonnie started brilliantly with a first lift of 217kg and continued to maintain an exceptional performance, lifting 225kg in the second attempt before completing the third in style to break the Paralympics record.

Bonnie’s success in winning the first gold medal for the country’s powerlifting camp also marked another milestone in Malaysia’s participation in the prestigious games since the 1972 edition in Heidelberg, Germany.

Malaysia’s first medal in the Paralympic Games also came via powerlifting through P. Mariappan who won bronze in the 1988 edition in Seoul, South Korea.

At the next Games in Barcelona in 1992, the national powerlifting squad improved on the medal tally in South Korea with one silver medal contributed by Cheok Kon Fatt and one bronze by Mariappan.

The 2008 edition in Beijing saw another powerlifter, Siow Lee Chan, make history when she became the first female Malaysian athlete to win a medal at the Paralympic Games. She won a bronze.

After Bonnie, the Malaysian challenge in Japan will be continued by Jong Yee Khie in the 107kg event on Monday (Augt 30). — Bernama