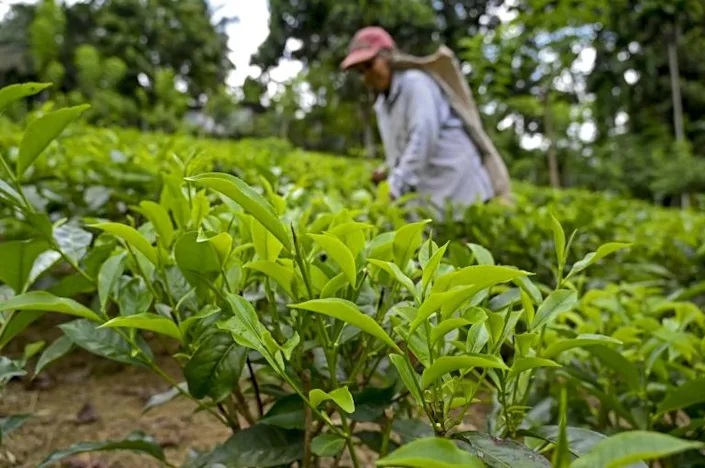 Tea crops have suffered in Sri Lanka due to a lack of organic fertiliser. – AFP photo

Sri Lanka on Tuesday backed down from ambitious plans to become the world’s first completely organic farming nation, reversing a ban on imports of chemical fertiliser.

President Gotabaya Rajapaksa had imposed a total ban on agrochemicals in May, saying he wanted to make Sri Lankan farming 100 percent organic.

Plantations Minister Ramesh Pathirana said Tuesday that the change of course was to help growers of Ceylon tea, exports of which are worth US$1.3 billion annually for the island nation.

“Considering the fact that there has been a quality drop in tea that was produced in factories, the government has taken the decision to import sulphate of ammonia,” Pathirana told reporters in Colombo.

He said imports of chemical fertiliser would continue until the island was able to produce enough organic fertiliser for local agricultural needs.

Rajapaksa’s policy had sparked anger among tea plantation owners and other farmers who warned that a lack of organic fertiliser and lower yields would lead to shortages.

This risked compounding problems for a government already facing an unprecedented shortage of foreign exchange to import fuel, food and medicines.

Last week, the government breached its own ban by importing from Lithuania 30,000 tonnes of potassium chloride, but called it “organic fertiliser”.

“We are not a stubborn government,” government spokesman Dullas Alahapperuma told reporters at the same briefing with Pathirana.

“We are sensitive to the needs of the people.” – AFP