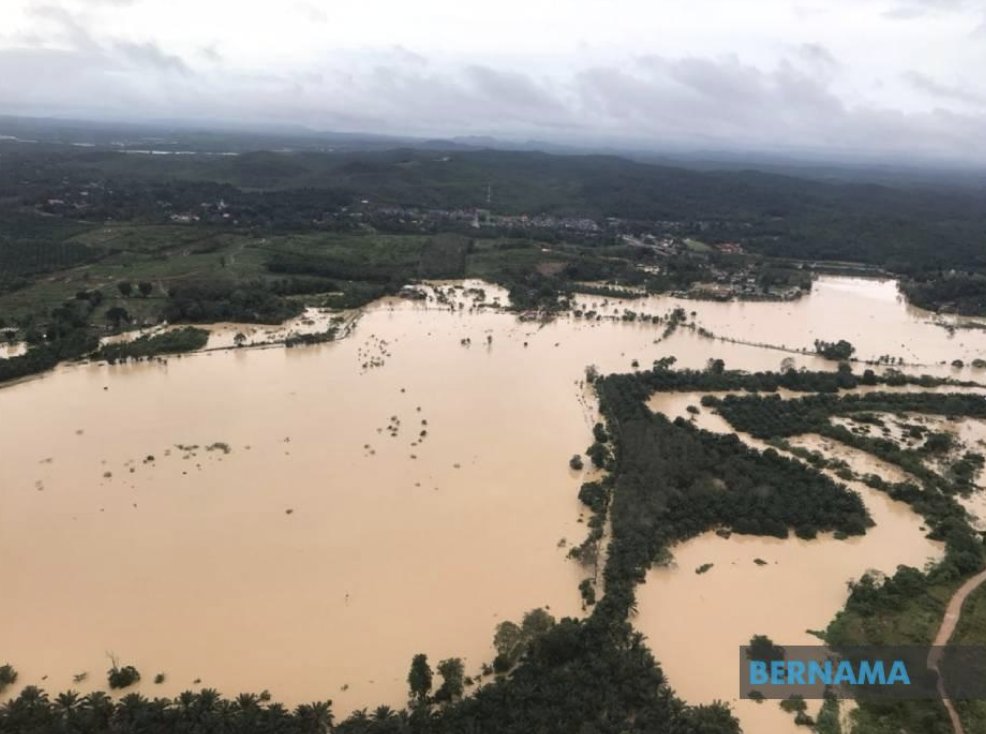 More people have been evacuated due to worsening floods in Sabah, Pahang, Melaka and Johor. — Bernama photo

KUALA LUMPUR (Jan 3): More people have been evacuated due to the worsening floods in Pahang, Johor, Melaka and Sabah this afternoon.

However, the third wave of floods that hit Terengganu has fully recovered, while the number of victims in Selangor and Negri Sembilan remains unchanged.

In Pahang, The State Disaster Management Committee Secretariat reported that the total flood victims in 54 relief centres (PPS) was 2,252 people compared to 2,188 at 51 PPS this morning.

In Johor, the number of evacuees rose to 4,062 as of noon compared to 3,841 this morning, with Batu Pahat being the latest district to be hit by the floods.

“A total of 64 PPS have been opened in seven districts housing 1,064 families.

A Bernama check found that some flood victims in Mersing and Kluang are being allowed to return home as floodwaters have started to recede in certain areas.

The State Disaster Management Secretariat stated that so far, 27 PPS have been opened in six districts since last Friday.

Kota Marudu is the district with the highest number of flood evacuees, with 2,749 people from 1,051 families being housed in 13 PPS, followed by Pitas with 234 victims from 94 families in four PPS and Sandakan (192 victims, 41 families in two PPS).

In Melaka, the number of flood victims also recorded an increase, with 2,555 people from 659 families compared to 2,537 evacuees from 656 families at 8am today.

In Negri Sembilan, the number of evacuees taking shelter at 22 PPS in the state remains unchanged at 2,040 people from 558 families as at 12.50pm.

Kuala Langat district police chief Supt Ahmad Ridhwan Mohd Nor @ Saleh, in a statement on the flash flood situation in Kuala Langat, said the rain has stopped and the water began receding.

The police have also activated the flood operations room for the coordination of rescue operations and aid distribution.

Meanwhile, the Malaysian Irrigation and Drainage Department informed that as of 11am today, Sungai Langat in Bukit Changgang, Kuala Langat was still at danger level but showing a downward trend. — Bernama