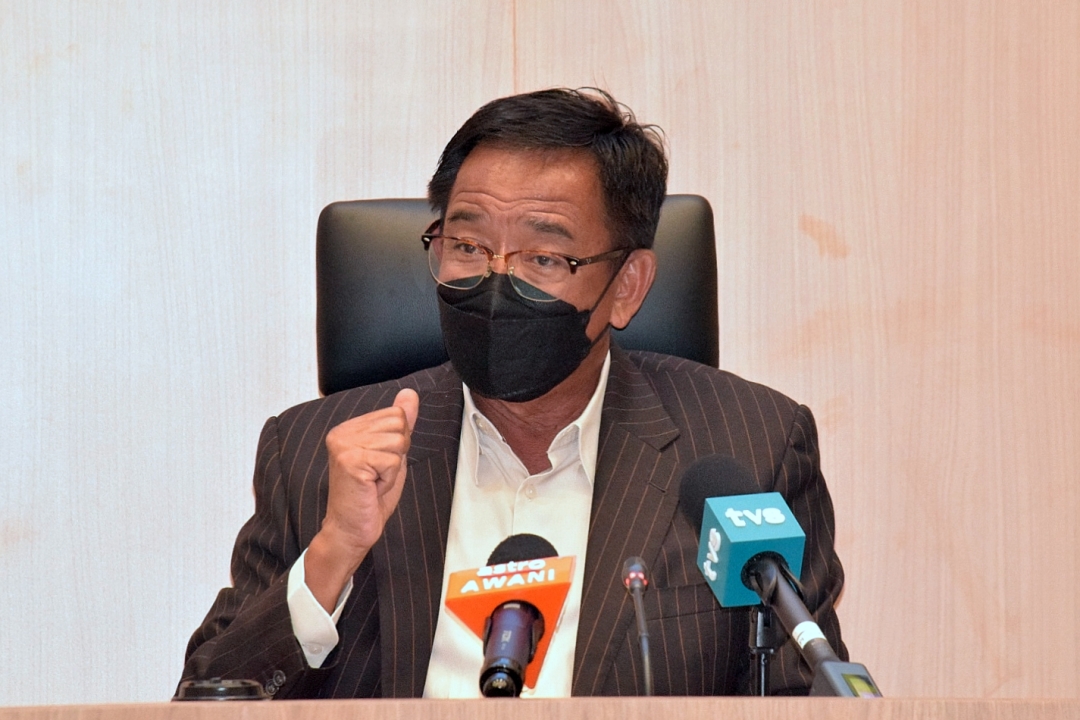 Abdul Karim said such move was also timely because it is important for PBB to ensure future generation of politicians and leaders were keeping up with the latest political developments in Sarawak and the country. – Photo by Roystein Emmor

KUCHING (Jan 13): The all-round support for Parti Pesaka Bumiputera Bersatu’s (PBB) recent move in setting up a new wing for those aged 18 to 28 augurs well in its continuous efforts to provide opportunities for young people to be politically mature in deciding their future, says Dato Sri Abdul Karim Rahman Hamzah.

The PBB vice president said such move was also timely because it is important for PBB to ensure future generation of politicians and leaders were keeping up with the latest political developments in Sarawak and the country.

“Hence, PBB is making the necessary steps right now in order to stay relevant among all strata of the society including the members from different age groups,” he said in a press statement yesterday on the setting up of a new wing in PBB to accommodate younger members.

“It is another good strategy of reaching out to the new group of voters especially the young ones who must attain political maturity, and this makes us in PBB more relevant in the present political climate where the latest developments are of the people’s interest,” added Abdul Karim, who is Asajaya assemblyman.

“The Undi18 constitutional amendments have shown us that the participation of young people in the local political scene is most welcomed and its implementation supports PBB’s leadership talent grooming and development agenda.

“But of course, PBB under the leadership of the chief minister, has already planned the setting up of the new wing as a way forward in addressing the need and concern of people in the 18 to 28 age group.”

Abdul Karim, who is also Minister of Youth, Sports and Entrepreneur Development, said the performance of Gabungan Parti Sarawak (GPS) in the recent state election was convincing and the setting up of the new wing might support the positive outcomes of the coming 15th General Election (GE15), which could be held in 2023 or earlier.

PBB is the backbone of GPS. The others are Sarawak United People’s Party (SUPP), Parti Rakyat Sarawak (PRS) and Progressive Democratic Party (PDP).

Previous ArticleSaberkas ready to work with any NGO, says sec-gen
Next Article MOH needs to be clear on strategy to fight Omicron, says PDP man