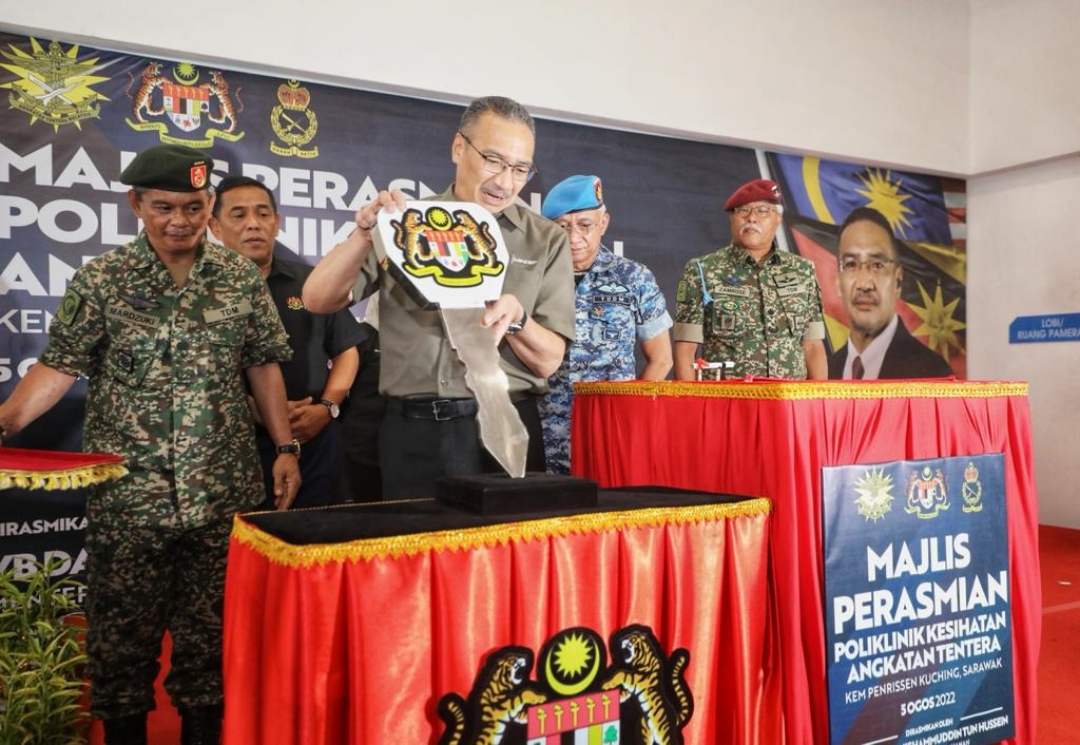 Hishamduddin launches the polyclinic at Penrissen Army Camp in Kuching.

The minister said he was very happy with the official launch of this polyclinic, the first and the one and only armed forces polyclinic in the country.

“This is the first one. It was my idea when I was defence minister before.

“Before, this place was just a flat land. But today we are seeing doctors and patients here.

“There is a lot of satisfaction to see what we have mooted become reality,” he told a press conference at the opening.

Covering an area of ​​13,643 square meters, the clinic will cater to about 12,000 army personnel, their families and veterans in Kuching and the surrounding areas.

The pilot project, which began in November 2017, will incorporate the services of medical and dental specialists including outpatient facilities and wards.

For the record, the RM28.4 million project was implemented by JKR Sarawak.