Wednesday, February 1
You are at:Home»News»Crime»Motorcyclist in Kuching perishes in accident
For the freshest news, join The Borneo Post's Telegram Channel and The Borneo Post on Newswav. 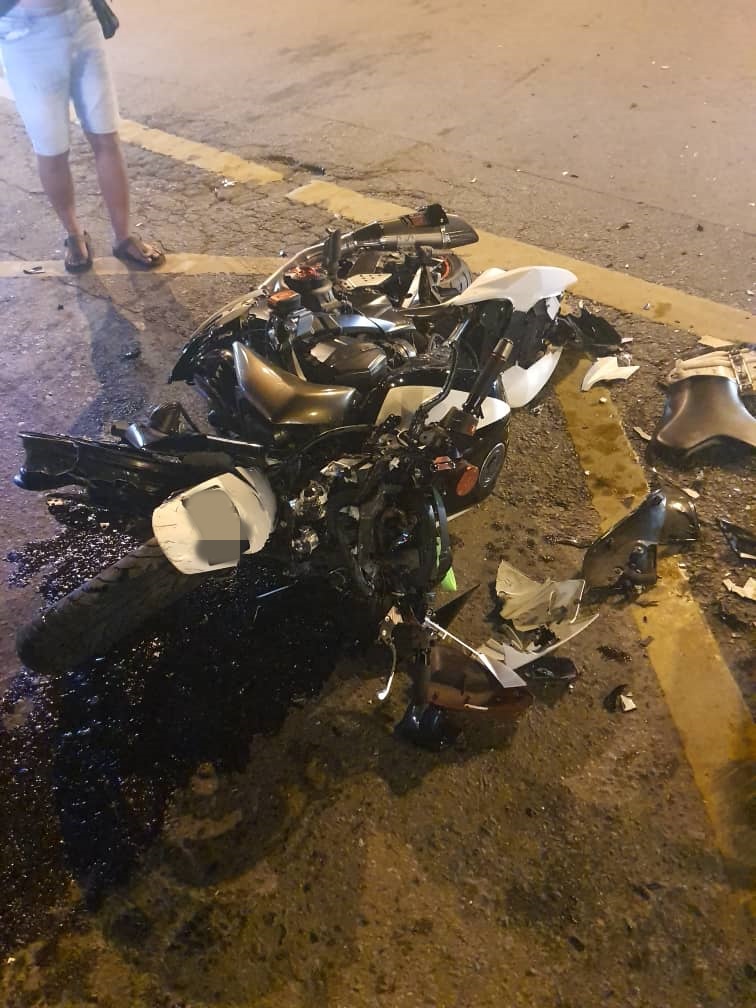 Police photo shows the damaged motorcycle at the scene of the accident.

According to Padawan district police chief Supt Abang Zainal Abidin Abang Ahmad, the motorcyclist was heading straight towards Jalan Penrissen when he crashed into a car making a right turn to Taman Desa Wira in the 9pm incident.

He was pronounced dead at the scene by medical personnel from the Sarawak General Hospital (SGH).

His body was later sent to SGH’s forensic unit for further action.

The 19-year-old driver of the other vehicle did not suffer any physical injuries.