Sunday, May 9
You are at:Home»News»Sarawak»Over 200 Bario homes get 24-hour solar power 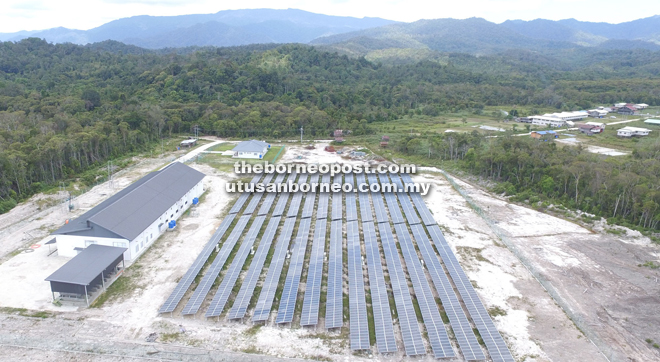 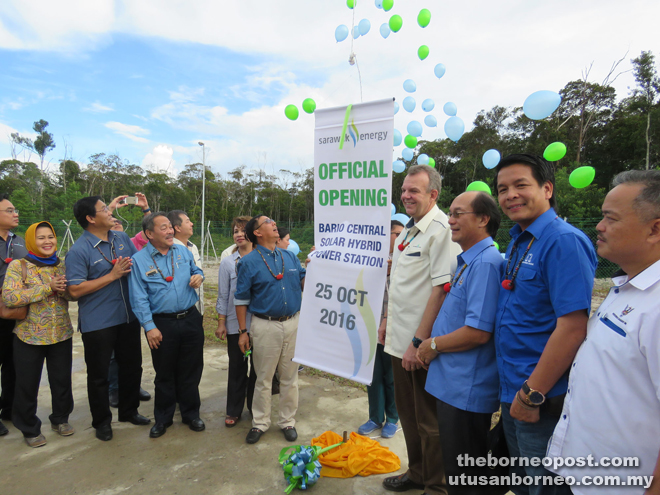 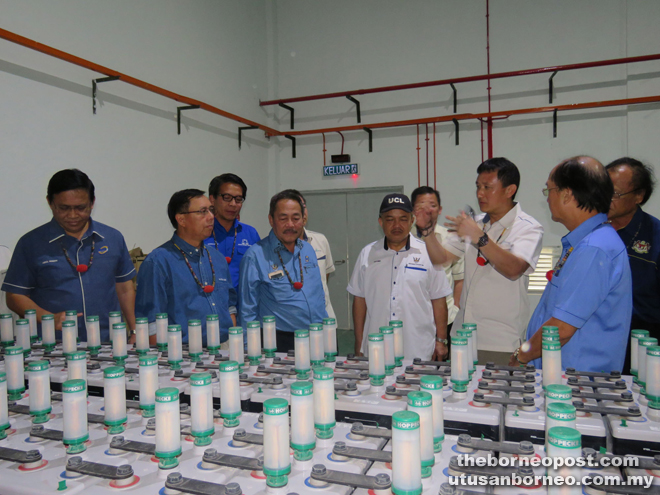 BARIO: Over 200 households in villages here will benefit from the Bario Central Solar Hybrid Power Station, which provides 24-hour supply of affordable and renewable electricity.

The 887kW solar hybrid power system is the biggest solar project to date under the government’s alternative rural electrification initiative in Sarawak.

“We have been discussing ways to supply the rural people with basic amenities and we see this as a challenge as it needs a lot of grants, and the current infrastructure is not enough,” said Minister of Public Utilities Dato Sri Dr Stephen Rundi Utom when launching the power station in Kampung Baru on Tuesday.

“We are trying very hard to provide this to the very rural households.”

He pointed out that Chief Minister Datuk Patinggi Tan Sri Adenan Satem aims to develop Sarawak into a high income state by 2030.

“Besides lighting up the Bario community, it has also created job opportunities for the locals. During the construction of the project, the contractor hired the local community to assist in construction works, including transporting building materials and taking care of the sites.

“Since the commissioning of the power station, Sarawak Energy also hired some of the local youth to become our power plant operators. This is a meaningful project that will bring positive changes to the Bario community,” he said.

Located at 3,200 feet above sea level, Bario is one of the most isolated places in Sarawak with mountainous terrain, making it impossible to have it linked to the state’s electricity grid.

The solar system serves Kampung Baru, Kampung Padang Pasir, Pa Ramapoh A and B, Ulung Palang A and B, Pa Umor, Pa Ukat and Pa Derong; as well as the nearby bazaar and several administrative offices.

Extension work is ongoing to connect Arun Layun and Bario Asal before the end of this year, bringing the total number of households supplied to over 300.

SEB through the Rural Off-Grid Operation Division has been appointed by the Ministry of Rural and Regional Development to carry out the operation and maintenance of this federal-funded RM27 million system and other surrounding solar hybrid stations.

The construction of the solar system began in 2010 and was first commissioned in September last year before it was handed over to SEB in June.

The system makes use of two energy sources – solar photovoltaic as the primary source and diesel generator as back-up with battery banks for energy storage.

As such, at least 70 per cent of the energy derived from this system is solar power, while the remaining is from diesel generation.

Currently, there are 17 similar solar hybrid power stations in operation throughout the interior of Sarawak.

Another 12 to 15 stations are in various stages of implementation and are expected to be commissioned within the next two years.

A total of 70,882 new rural households have been connected either through grid expansion or off-grid hybrids, with electricity coverage in the state now reaching 91 per cent.

To accelerate rural electrification, the state government recently launched the Sarawak Alternative Rural Electrification Scheme (Sares) aiming to construct community-based solar and micro-hydro systems for over 300 of the remotest villages and a budget of RM500 million has been allocated for this over five years until 2020.