Tuesday, August 11
You are at:Home»Features»Football is for all Malaysians 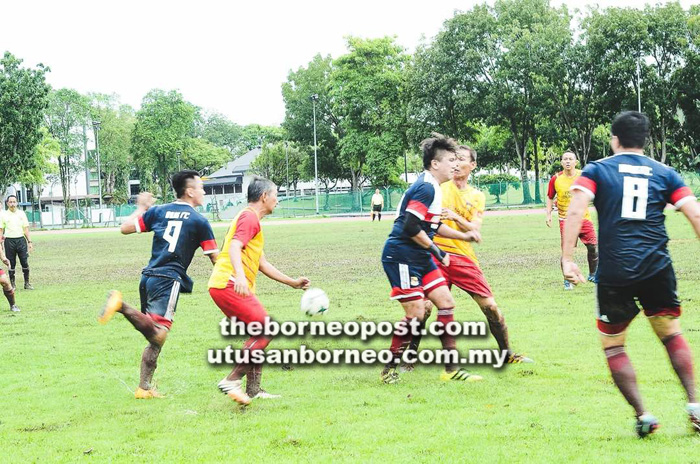 IHub and Pandugan FC in action during the SKH Cup. 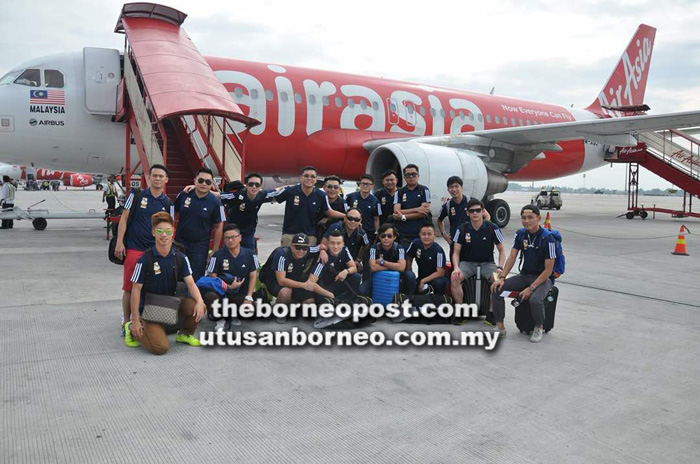 IN Sarawak – and Malaysia as a whole — there’s a tacit assumption that football is largely a sport for the Malays although its fan base may be quite multi-racial. The different communities apparently go for sports they feel they can call their own. This could help explain why many non-Malays shy away from football.

In Sarawak, Assistant Minister of Youth and Sports Datuk Snowdan Lawan said there should be no stereotypes in sports and no one race should be associated per se with a particular sport. Opening a badminton competition in Kota Sentosa last November, he expressed the wish for all sports to be played and enjoyed by all communities.

Local Government and Housing Minister Datuk Dr Sim Kui Hian advocates increasing the involvement of the Chinese community in football. Kicking off a football tournament for the Datuk Dr Sim Kui Hian Cup at the Jubilee Ground, Kuching last October, he said it was ironic many Chinese in Sarawak were fans of football, yet most did not play the game.

Former national coach Peter Velappan has theorised that the quality of football in Malaysia went downhill because it lost its core appeal as a “Malaysian game.” He put this down to “inequitable participation” in the game by the country’s multi-racial population. He made the comment last year in the wake of the national team’s failure to qualify for the 2019 Asian Football Confederation (AFC) Asian Cup.

Velappan, who was a long-serving AFC secretary-general, believes the “lack of diversity” in the team’s composition was a key reason Malaysia has failed to produce talents equal to the “Golden Generation”of the 70s and 80s.

Lately, however, football clubs with a majority of Chinese players have emerged in the state which may help to break the sports-racial stereotype.

Tan, who is also IHub FC president, explained KCPA was not registered as Kuching Chinese Football Association as that would appear race-based. Instead, they settled for KCPA because it denotes the broad-based, diverse nature of their activities.

One of KCPA’s goals is to bring back the glory days of Malaysian football in which players from the Chinese community played a significant role. Tan said KCPA are planning football competitions for Chinese schools which he noted also have many non-Chinese students nowadays.

“Their participation is encouraged to make the matches more competitive and exciting. Above all, by encouraging the various races to play the game together, the concept of unity in diversity is further strengthened in Sarawak.”

However, he pointed out that KCPA had also taken the promotion of racial cohesiveness through sports a step further by planning football competitions for all schools as well – not just Chinese schools.

Tan said if one wants to be really good in football, one has to start young – from primary school level up. For this reason he placed more hope on the “young starters.”

Football teaches children the importance of teamwork, sharing a common goal, focus, discipline and work ethics, he said. These are values and skills useful in their later life and future, outside football.

“Players will start off as friends and may eventually become very good friends. Even opponents will get to know one another and become friends regardless of which teams they belong to. This is especially good for our multi-racial society,” he added.

Tan believes there’s no such thing as any one race being genetically good or bad in a certain sport.

“KCPA aims to break the stereotype that members of the Chinese community are not good in football, and hopefully, get rid of the older generation’s misperception that football is not for the community.”

He hopes that local Chinese football clubs could soon be affiliated with KCPA. Talented players spotted can then be given professional coaching with the KCPA which aims to set up a football academy. According to him, IHub FC now has 30 players, six of whom are under-18, adding that KCPA plan to recruit more players who can take part in Under-16 and 17 categories.

However, one recurring problem is the difficulty of finding a coach with a certified licence from the local clubs. He had approached FAS and was told at least 20 participants were required before a coaching course could be held here.

Orange FC trainer Dick Chew also agrees that there is a long-standing need for the Chinese community to discard the pre-conceived notion that football is not for them.

“Parents, especially, should do away with the thinking that football is dangerous for their children. More should be done to expose the Chinese community to the game and its benefits so that parents would be more receptive to the idea of letting their children play.”

The father of two (a son and a daughter) has played football since he was a little boy but only started to take it up seriously 13 years ago. In his younger days, his favourite team was Manchester United and he idolised Eric Cantona in the 1990s.

“I have a lot of his posters. At that time, I even bought cassette tapes to see how he played,” he said, adding that he was going to get his son into football as soon as possible.

Meanwhile, Tan recalls that he also loved football since childhood and played with Malay friends while growing up at Kampung Gita. In latter years he sustained his interest by playing futsal with friends. It was only in recent years that they decided to form IHub Club.

“Whenever we played in competitions, we were always warmly welcomed by our fellow Malay players. They were amazed and happy to meet members from the Chinese community who loved to play football. And we could feel their excitement in supporting us,” he said.