Wednesday, July 6
You are at:Home»News»Sabah»Council for people with disabilities soon – Frankie 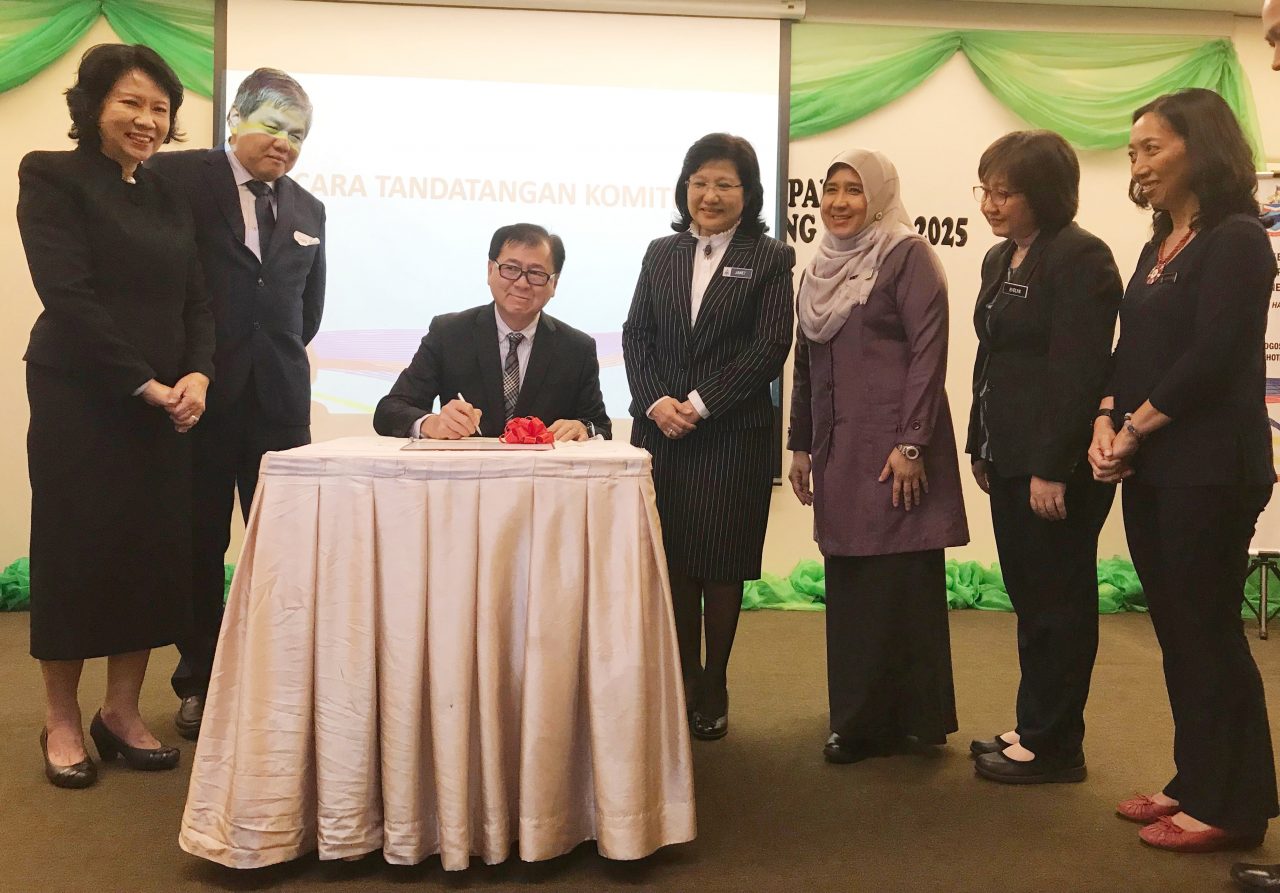 Poon signing a document to show his commitment to implement the Asean Enabling Masterplan 2025 while, from left, Chew, Wong, Chee and others look on.

KOTA KINABALU: The Ministry of Health and People’s Wellbeing in collaboration with the Social Welfare Department (JPKA) will form a Sabah Persons with Disabilities (OKU) Rehabilitation Council to implement policies, laws and programmes with OKU organizations.

Its minister Datuk Frankie Poon Ming Fung said the council, which included various government agencies and OKUs, would look into the needs of physically challenged people.

He said the council aimed to assist OKUs who had difficulties in assessing public facilities.

“Many government facilities have done their level best to cater to the needs of physically challenged persons, including the visually impaired.”

Nevertheless, Poon said the council would study the recommendations proposed and play an advisory role to public institutions such as the Kota Kinabalu City Hall (DBKK) and local councils statewide.

He said this at the closing ceremony of the State-level awareness workshop on the Asean Enabling Masterplan 2025 themed ‘Mainstreaming the Rights of Persons with Disabilities’ here yesterday.

Poon also signed a document declaring the ministry’s commitment to implement the masterplan.

He said the Convention on the Rights of Persons with Disabilities 2006 has emphasized that OKUs have equal rights and status as normal people in terms of the social, cultural, economic and political aspects.

“As such, the views and interests of OKU must be taken into account in every social, economic and political agenda.”

He said people with special needs could equally contribute to the society.

“Hence, we have to cater for and recognize the needs of this special group of people.”