Saturday, February 29
You are at:Home»News»Sabah»100 kgs of bombed fish seized from four fishermen 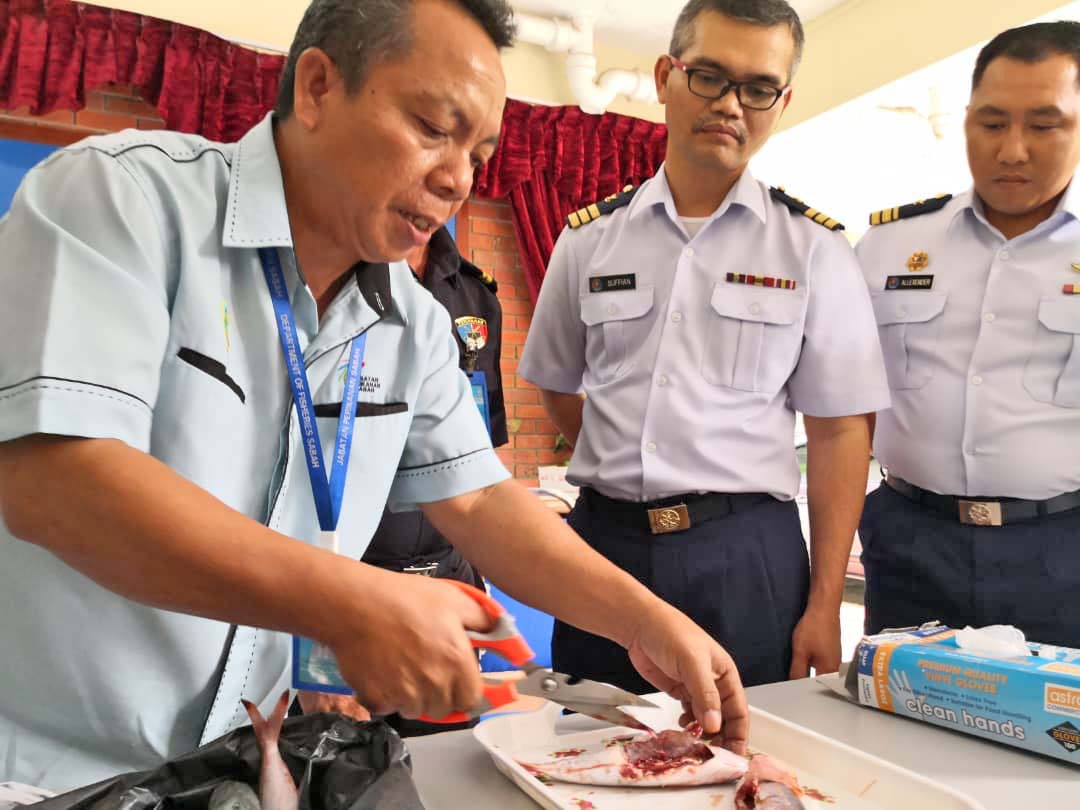 William (left) showing the internal organ of the fish destroyed by fish bomb.

“The operation was carried out following information received that fish bombing activity was taking place near the area. Upon spotting the fishing boat, our men immediately intercepted the boat and found about 100 kgs of assorted fish onboard. It is believed that the fish were caught by fish bombing,” Muhammad Suffian told a press conference at the MMEA headquarters here yesterday.

Muhammad Suffian, however, said that no fish bombing equipment were recovered from the suspects as they had apparently thrown all them into the sea when the MMEA patrol unit was approaching them.

“We have detained all four men of Filipino nationality aged between 18 and 28 years old, for further investigation. The seized fish were handed over to the Fishery Department for verification,” he said, adding that the case would be investigated under the Fisheries Act 1985 and Immigration Act 1963.

Meanwhile, Fishery Department officer William Raymond said following inspection of the seized fish, it was found that most of them were caught by fish bombing.

“The internal organs of the fish were badly damaged, indicating that it was caused by an explosion,” he said.

Previous ArticleBoeing CEO: 737 MAX could be ‘phased’ back into service by regulators
Next Article Stop using MACC as political tool