Saturday, January 22
You are at:Home»News»Motorcyclist, pillion rider killed in collision with car at Miri-Bintulu coastal road 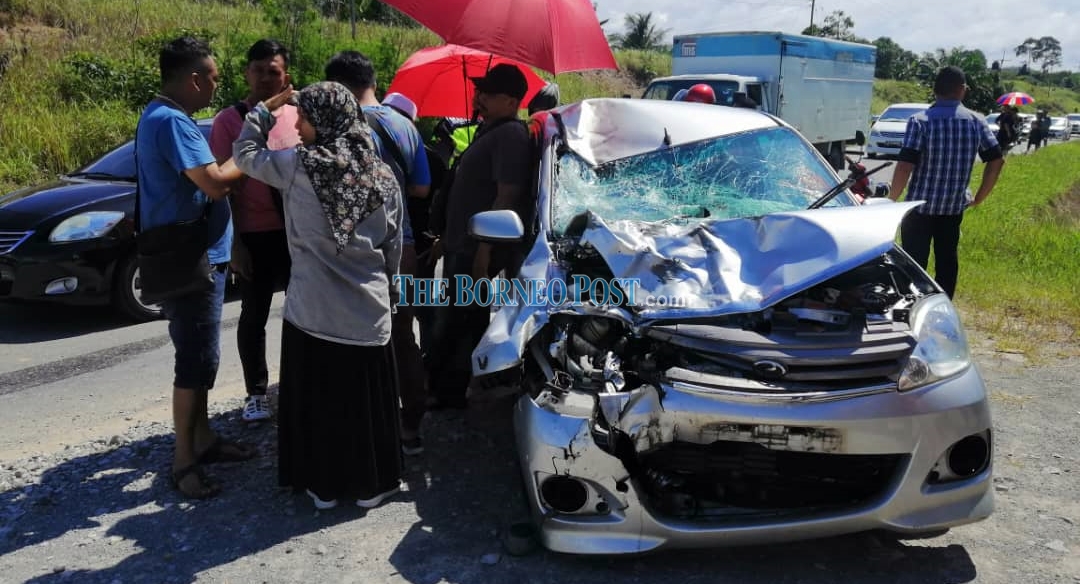 The Perodua Viva was badly damaged in the accident.

MIRI: A motorcyclist and his pillion rider were killed in a head on collision with an oncoming car near Simpang Kejapil, Miri-Bintulu coastal road at around 12.50pm yesterday.

The deceased were identified as Clarance Ramos Kerry who was the motorcyclist and Steven Ateng of Rh Duat Sg Kelitang Sibuti who was riding pillion.

In a statement last night, State Traffic Investigation and Enforcement chief Supt Alexson Naga Chabu said the duo were heading towards Bekenu from Miri when the accident occurred.

Upon passing Kejapil junction, Clarance had tried to overtake a vehicle in front of him, causing their machine to collide head on with an oncoming car – a Perodua Viva, Alexson added.

Alexson said the impact caused their machine to land on the Perodua Viva’s windscreen, while the two were thrown off the motorcycle causing their serious injuries.

He said Steven was pronounced dead at the scene while Clarance, who was severely injured was rushed to Miri Hospital in an ambulance.

“He, however, succumbed to his injuries while receiving treatment at the hospital,” Alexson added.

The driver of the Perodua Viva on the other hand escaped unhurt.

Police are investigating the case under Section 41 (1) of the Road Transport Act 1987.