Saturday, February 29
You are at:Home»News»Covid-19 does not dampen Valentine’s Day mood 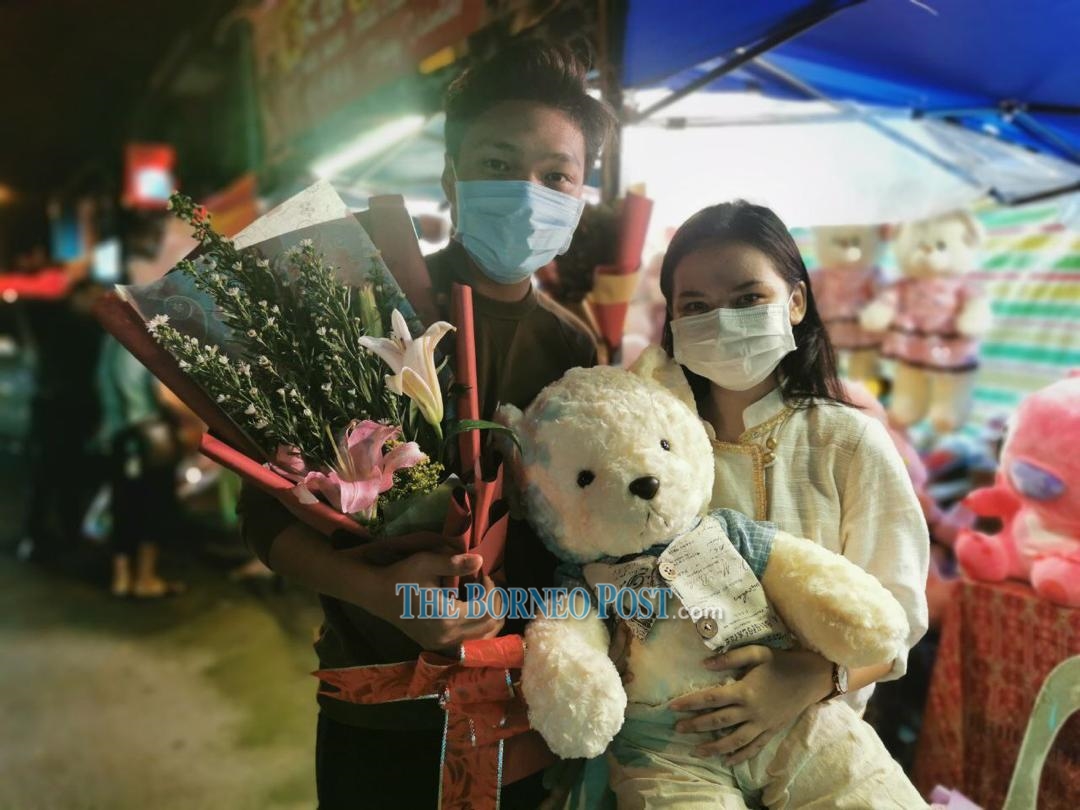 Jenang (left) and Azreen pose with their Valentine’s Day gifts after purchasing them from a booth at Main Bazaar here. – Photo by Roystein Emmor

KUCHING: Covid-19 was unsuccessful in casting a pall on Valentine’s Day, as couples sported face masks to buy romantic gifts from the myriad of Valentine’s Day booths around town.

Not surprising to see that love is in the air, coming from the most romantic state in Malaysia according to e-commerce platform Picodi.com following an analysis of romantic queries online by states in the country.

For Jenang Bana, 18 years old, he visited a stall along Main Bazaar to buy a bouquet and teddy bear for his girlfriend Azreen Shaherra, also 18 years old, as he wanted to make Valentine’s Day this year a special occasion for them.

“We’ve been together for almost two years, so I decided to make this year’s Valentine’s Day a bit special. However, I feel that Valentine’s Day is not the only day that you can show your love for your significant other. You can show that you love them in different ways any time of the year,” Jenang told The Borneo Post. 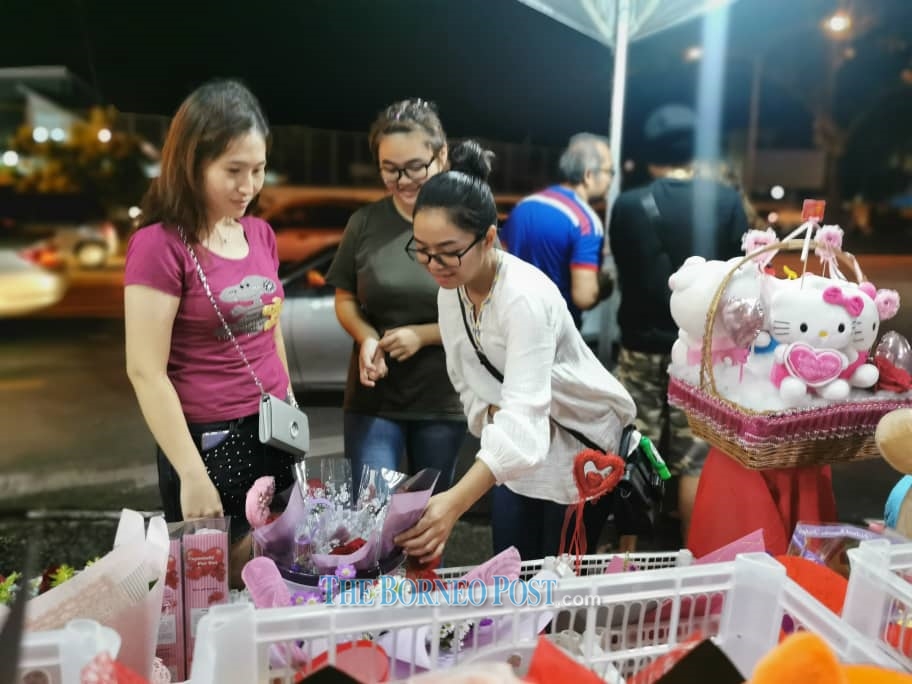 Erna (right) perusing the Valentine’s Day wares at a booth set up in Taman Sahabat here. – Photo by Roystein Emmor

This year’s Valentine’s Day proved to be special for 20-year-old Erna Alyiana Winston, who was celebrating the occasion for the first time with her boyfriend.

While roses and chocolates remain a classic Valentine’s Day gift, another popular gift is on the rise – in the form of cold, hard cash. That’s right, bank notes folded into the shape of flowers are the new romantic gift du jour. 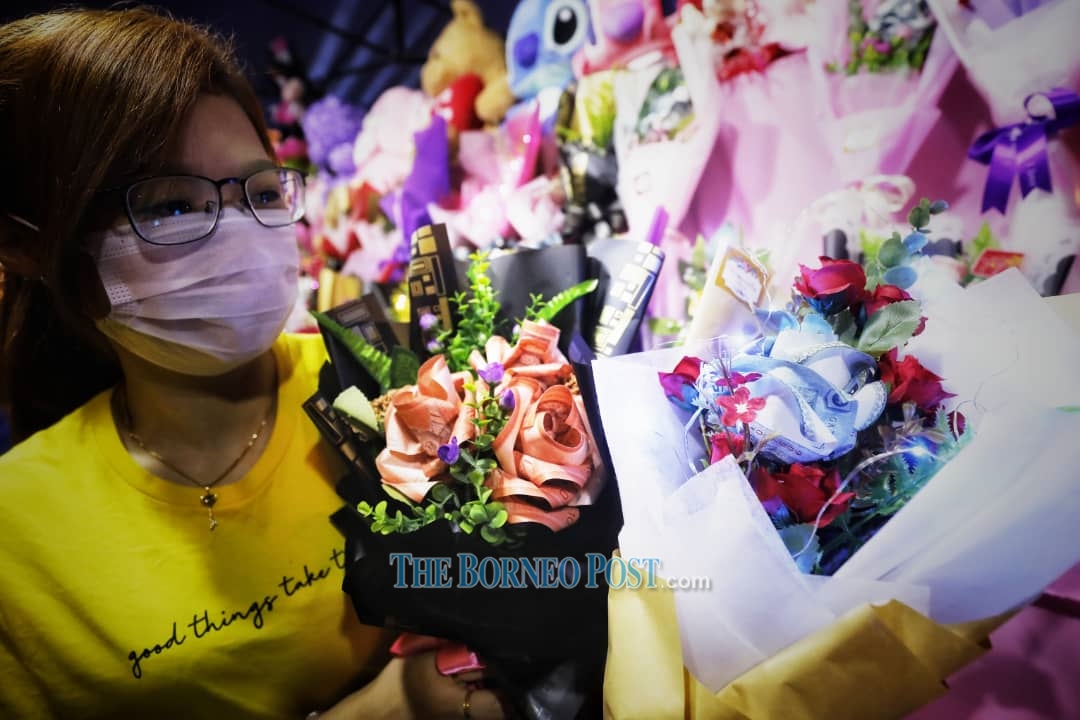 Elaine, sporting a face mask, showing the RM10 and RM50 cash bouquets at her stall at Jalan Padungan here. – Photo by Chimon Upon

Elaine Chong, a seller whose booth is along Jalan Padungan, said that cash bouquets fetched a surprising number of buyers perhaps due to their novelty.

“We use real bank notes to fold into the shape of flowers, and we actually sold these during last year’s Valentine’s Day and found that people responded surprisingly well to these cash bouquets.

She noted that she was helping out at her brother’s stall, which was in operation for the fourth year but this was the first time that the stall was set up along Jalan Padungan, previously being opened along Premiere 101.

Valentine’s Day is celebrated on Feb 14 each year, with people sending messages of love and affection to their partners, families and friends. Couples send Valentine’s Day cards and flowers and spend special time together to honour their love for each other.