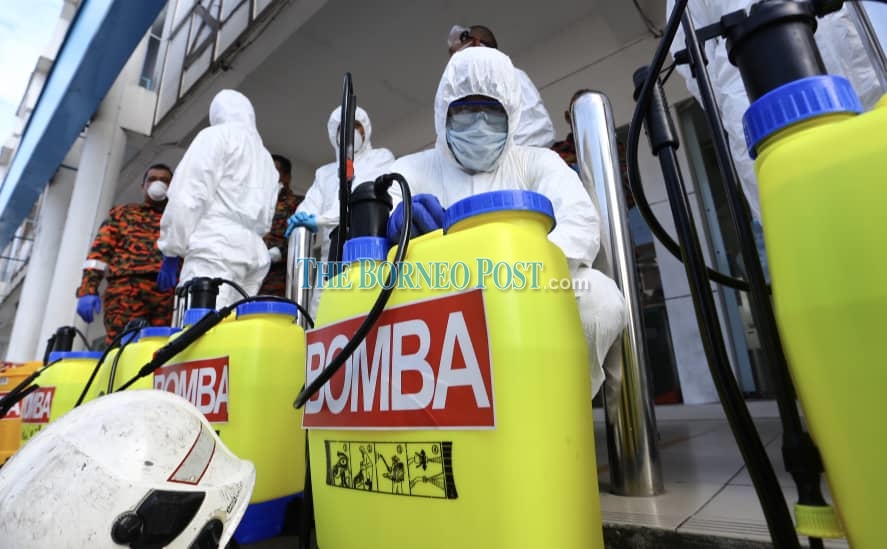 Kuching has been designated a red zone due to its high number of Covid-19 positive cases.

KUCHING: The National Security Council (NSC) has listed Kuching as a Covid-19 red zone as it has the highest number of positive cases at 118, said Deputy Chief Minister Datuk Amar Douglas Uggah Embas.

He said the council meeting, which was chaired by Prime Minister Tan Sri Muhyiddin Yassin yesterday, had categorised the state into three zones, namely red, orange and green.

Areas with more than 41 cases will be designated as red zones while areas with 1 to 40 cases are categorised as orange zones. Green zones are areas with no Covid-19 cases.

“We call on everyone to play their role in ensuring that the green zone remains green.

“It is also one of the reasons why we imposed an inter-district travel restriction and if we could, we will further tighten this restriction if possible so that we will be able to maintain those areas that I’ve mentioned earlier as green zones,” he said.

He added that if the people gave their cooperation to ensure that their areas remained as a Covid-19 free zone, the government will later discuss that perhaps these green zones “can be more relaxed”.

“The same also applies for areas which fall under the red zone. We will decide what to do.”

He said standard operating procedures (SOP) have been laid out by the NSC and that JPBN will study the SOP.

“The bottom line is that for areas which are red, we want them to eventually turn orange and then green; and for orange zones to become green; and for green to remain green.

“But I must emphasise that this needs the cooperation of everyone so please stay at home,” he said.

In addition to carrying out disinfection exercises and controlling movement of the people, Uggah said the government is also considering to impose enhanced MCO on certain areas which have high infection cases.

“Like in Kuala Lumpur, they decided that to impose enhanced MCO to some areas so that whatever happens in the red zone will not overflow to other areas.

“In other words, we want to cut the flow of this virus to other areas. That is why compliance to inter-district travel is very important,” he said.