Saturday, December 3
You are at:Home»News»Covid-19: 18 new positive cases recorded in Sarawak, total at 306 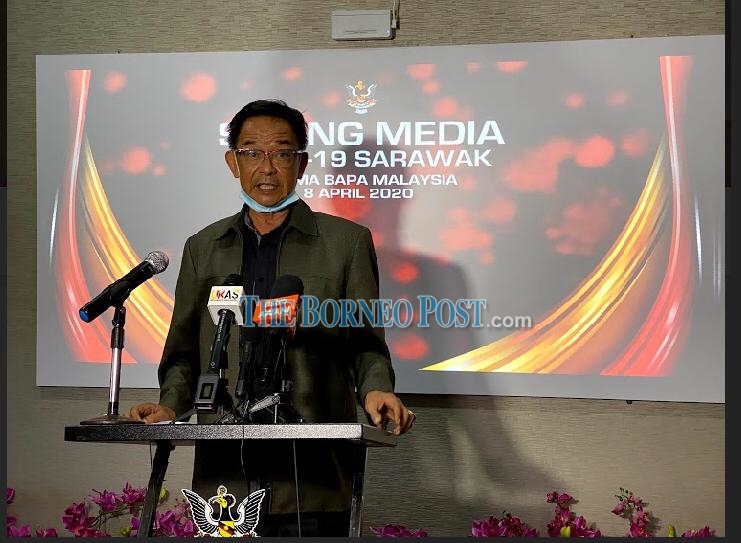 Youth and Sports Minister Datuk Abdul Karim Rahman Hamzah said that of the 18 new positive cases, 14 were being treated at the Sarawak General Hospital (SGH), three in Sibu Hospital and one case was being treated in Miri Hospital.

Asked about the case where a 53-year-old man from Batu Kawa died due to the virus on March 31, Abdul Karim said the Health Department is still investigating the source of his infection.

“He must have gotten it from someone some two weeks or at most a month before his death. The Health Department is still investigating and tracing the source of his infection.

“As of now there are no details,” he said in a press conference giving the daily update on Covid-19 today.

“From the total, 1,503 cases were tested negative and 55 PUI cases are pending laboratory results,” he added.

“Samarahan has 14 new PUI cases, Miri five, Betong three, Bintulu two, Bau one, Saratok one, Sarikei one, Sibu one and Marudi one,” he said.

When asked about a claim that Assistant Minister of Transport Datuk Dr Jerip Susil who tested positive for Covid-19 has been discharged from SGH, Abdul Karim said he has not received any confirmation on the matter.