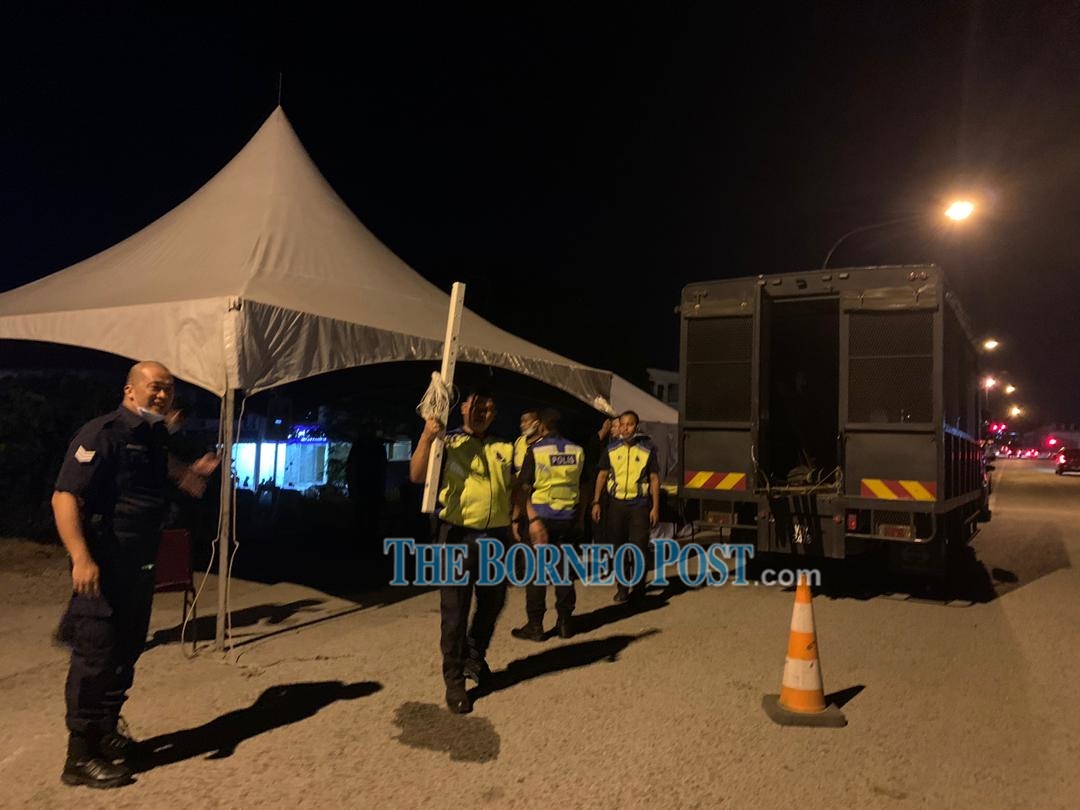 Police personnel wrapping up one of the roadblock sites around midnight last night.

KUCHING: The police will continue to mobilise teams to monitor business premises which have been permitted to operate during the Recovery Movement Control Order (RMCO).

Sarawak Police Commissioner Datuk Aidi Ismail said his men will ensure that these premises will continue to comply with the standard operating procedures (SOP) set by the Sarawak Disaster Management Committee (SDMC).

“Besides business premises which are permitted to operate, we will also monitor and check those who are still not allowed (to operate),” said Aidi.

On June 7, Inspector-General of Police Tan Sri Abdul Hamid Bador said the police would formulate new tasks under the RMCO which will run until Aug 31.

Roadblocks are no longer necessary following the federal and state government’s decision to lift inter-district and inter-state travel restrictions.

In Sarawak, Aidi said the police will work with other security agencies to conduct more roadblocks near the Malaysia-Indonesia border.

“This will deter the entry of illegal immigrants into the country,” he added.