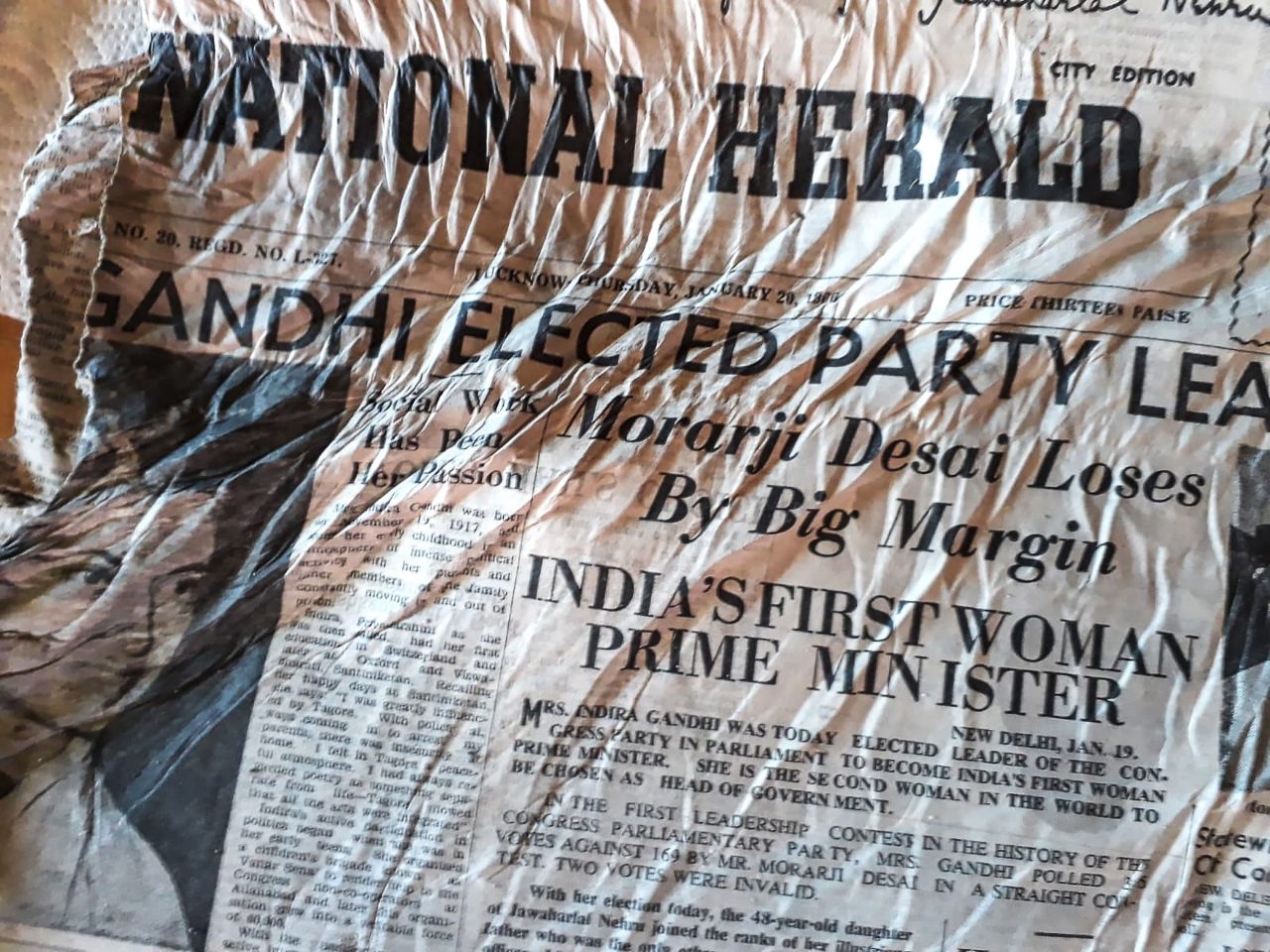 A 1966 copy of Indian newspaper The Herald with a healdline announcing the election of Indira Gandhi found on the glacier. — AFP photo

CHAMONIX, France: The Mont Blanc glacier in the French Alps yields more and more secrets as it melts — this time a clutch of newspapers with banner headlines from when Indira Gandhi became India’s first and so far only woman prime minister in 1966.

The copies of Indian newspapers the National Herald and The Economic Times were probably aboard an Air India Boeing 707 that crashed on the mountain on January 24, 1966, claiming 177 lives.

The trove of around a dozen newspapers was found last week by Timothee Mottin, who runs a cafe-restaurant, La Cabane du Cerro, perched at an altitude of 1,350 metres near the Chamonix skiing hub.

“They are drying now but they are in very good condition,” Mottin, 33, told AFP. “You can read them.”

The modest cafe is around 45 minutes by foot from the Bossons glacier where the plane named after the Himalayan peak of Kangchenjunga mysteriously crashed. Mottin said he was lucky to discover the papers when he did because the ice in which they were encased for nearly six decades “had probably just melted”.

Once the papers have dried out, they will join a growing collection of found items from the crash that Mottin has put on display at the Cabane du Cerro.

He said he preferred to share his finds with visitors rather than ‘hide them in an attic waiting to sell them’.

Human remains were found in the area in 2017 that could have come from the 1964 crash or that of another Indian plane, the Malabar Princess, that came down in the same area in 1950.