Wednesday, June 23
You are at:Home»News»Sabah»Warisan did better in 27 months – MP’s political secretary 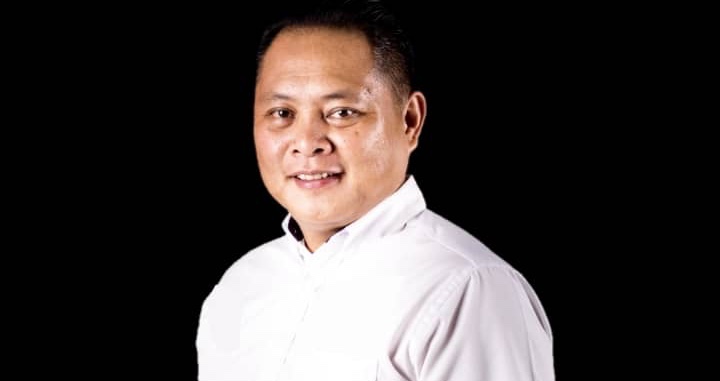 KOTA KINABALU: Penampang MP’s Political Secretary Pritchard Gumbaris took Bersatu Sabah chief Datuk Seri Panglima Hajiji Noor to task for saying that the Warisan-led Sabah government was only good at announcing projects but did not implement them in the 27 months it was in power.

Pritchard said Hajiji had forgotten that while they (Barisan Nasional) ruled Sabah for 24 years, many projects were announced but not implemented.

He pointed out that in 2012, the then Prime Minister and BN chairman Datuk Seri Najib Razak announced the construction of a class three clinic in Penampang ahead of the 13th general election.

“The announcement was just to buy the people’s votes. Although BN lost in Penampang but the government at that time was BN both state and federal levels. In the 14th general election, BN lost in the state and for the first time it lost at the Federal level when Tun Mahathir managed to lead the opposition bloc to overthrow the coalition,” he stressed.

Hajiji, Pritchard claimed, knew that the issue that caused the project’s failure to take off was that the development plan should be approved by the Penampang District Council.

Hajiji as former Minister of Housing and Local Government before the GE14, was in the know, he said, adding that Hajiji may not have known that the allocation for the construction of the clinic was almost withdrawn due to the delay in approving the development plan.

Nevertheless, due to hard work and strong political will, Penampang MP Datuk Darell Leiking managed to prevent the allocation from being withdrawn and the approval of the development plan and building plan had been granted, he said.

He added that Federal Minister of Health, Dr Adham Baba, recently said that the tendering process would be done in October 2020.

“Apparently Hajiji as a former state Housing and Local Government Minister at that time had failed to address the issue of the development plan until BN lost in Sabah. Perhaps Hajiji will say that the project announced would not be instantly built because it required detailed study from each agency involved, especially on technical issues, but the announcement from 2012 until the tendering process in 2020 took eight years to be approved.

“This approval was expedited when Warisan and Pakatan Harapan took over the government in May 2018. I can imagine if BN was still in power at that time, the allocation for the clinic would have been withdrawn,” he pointed out.

According to Pritchard, this was one example of a BN project that was almost abandoned, yet saved by Warisan. The class three clinic is crucial to the Penampang district because the population is growing and the existing Penampang Clinic is not able to accommodate so many visitors.

Hajiji, he opined, may not be aware of the current development that was happening in Sabah under the Warisan government because he was too busy with politics with his new party Bersatu.

In 2019, Darell attended a meeting with the Public Works Department (JKR) to discuss the solution of the traffic congestion problem in Donggongon and Darell was instrumental in getting the allocation approved. JKR had announced that the flyover would be built in December 2020, said Pritchard.

Hajiji, he said, must be aware that Umno took over the reign of government since 1994 and for 24 years many government projects were announced but failed to be implemented such as the Kuala Penyu jetty which was supposed to benefit the local fishermen.

“It was never done before yet again realized by the Warisan government in 27 months with the production of local cooking oil brand BESS in two districts. What about the RM3 billion financial announcement made by BN in 1996, especially for the flood mitigation projects in some areas in the West Coast of Sabah? So far less than 20 per cent of the allocation for development has been channeled,” he said.

These were among the promises made by BN for 24 years and for Hajiji to dispute the efforts of the Warisan government of only 27 months was very hypocritical, said Pritchard.

“One of the Warisan government manifestos is granting land to applicants consisting of villagers and locals. So far more than 3,000 native land grants have been handed over to local Sabahans in the Keningau, Tambunan, Kalabakan and Tawau areas,” he said.