Friday, December 4
You are at:Home»Business»IDC forecasts PC and Tablet shipments to Grow 3.3 pct in 2020 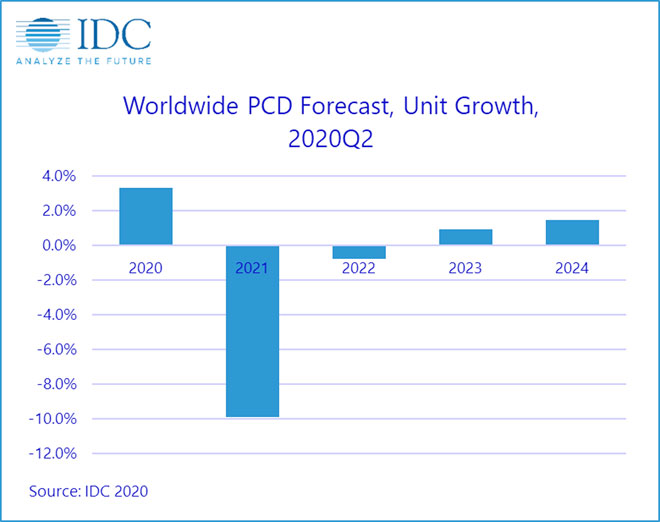 KUCHING: The first half of 2020 (1H20) has seen a resurgence in the PC and tablet markets and demand continues to outpace supply, International Data Corporation (IDC) said in its latest report.

The demand is largely being driven by work from home and at home education needs, although the general lockdowns produced some additional buying for entertainment purposes. As a result, IDC expected the personal computing devices (PCD) market, which includes traditional PCs, tablets, and workstations, would grow 3.3 per cent year over year in 2020 with shipment volumes reaching 425.7 million units.

In a statement, it said this year’s growth is notable given that 2019 was an unusually strong PC market, largely driven by commercial purchases for the Windows 7 end-of-support transition.

The Covid-19 response accelerated demand for PCs and tablets from both the commercial segment and the consumer segment this year.

“Technology has been the big winner in all of this as device spending has been especially surprising, with spend at year-end, holiday-like levels throughout much of the second quarter.”

While this recent surge in PC and tablet demand still has some legs, IDC expected the PCD market to decline in 2021 as businesses and consumers continue to deal with the economy uncertainty brought on by the pandemic.

Looking ahead the market is forecast to resume its long-term decline with a compound annual growth rate of negative 2.2 per cent as shipments fall to 389.6 million units in 2024.

“Schools around the world are already scrambling to procure notebooks for their students. The excessive demand, some short-term component shortages, and general uncertainty about the upcoming school year have led many schools to purchase as many units as they can,” said IDC’s Worldwide Mobile Device Trackers research manager Jitesh Ubrani.

“Unfortunately, these additional purchases during 2020 means that many schools will have blown through their future budgets, which will contribute to double-digit declines in the education segment during 2021 and 2022.”