Wednesday, August 10
You are at:Home»News»CM: Time will tell if S’wak shortchanged in commercial settlement agreement with Petronas 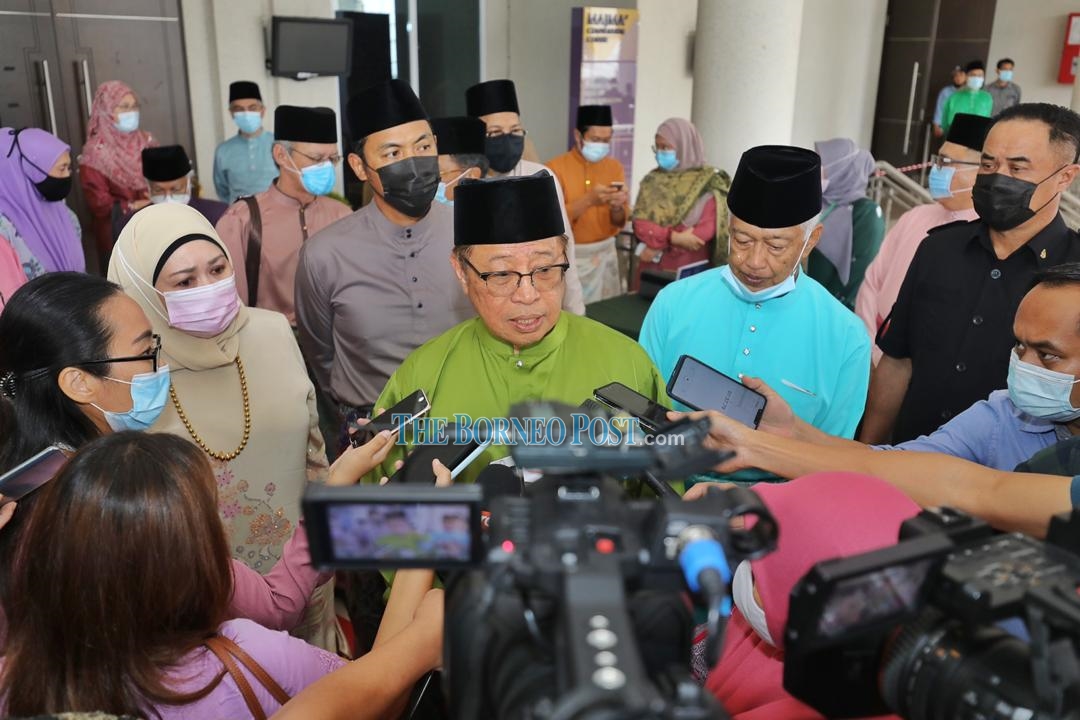 Abang Johari speaking to reporters after officiating the 10th anniversary of Mattary. – Photo by Chimon Upon

He said there was no need to argue with certain quarters who thought otherwise.

“Time will tell whether it is correct or not. We don’t have to argue because we have the rights already,” he told reporters when met after officiating the 10th anniversary of Ma’had Tahfiz Tun Abdul Rahman Ya’kub (Mattary) at Majma Tuanku Abdul Halim Muadzam Shah Hall here today.

He was asked to comment on the statement made by Batu Lintang assemblyman See Chee How who believed that the state has been shortchanged in the commercial settlement agreement.

The PSB presidential council member had said that what was most disappointing and unacceptable to all Sarawakians was the fact that the state government had conceded ground on the constitutionality and legality of the application of the provisions in the Petroleum Development Act (PDA) 1974.

“This was despite it being repeated time and again, inside and outside the State Legislative Assembly (DUN), that the state will never concede and we will not budge on our oil and gas ownership rights within the territory of Sarawak,” he said.

The state government and Petronas signed a commercial settlement agreement on Monday on the issues involving the state’s sales tax and oil mining laws.

The agreement would establish a framework between the national oil company and the state government that would see Sarawak more actively involved in its onshore oil and gas activities through Petroleum Sarawak Bhd (Petros).

Both Petronas and the state government have agreed to establish a consultative framework to enhance collaboration through a structured and formalised avenue comprising a joint coordination committee and an annual strategic dialogue.

These platforms will be co-chaired between Abang Johari and Petronas chairman Tan Sri Ahmad Nizam Salleh.