Thursday, January 21
You are at:Home»News»CM: Sarawak respects Emergency declaration, state polls can be held when Covid under control 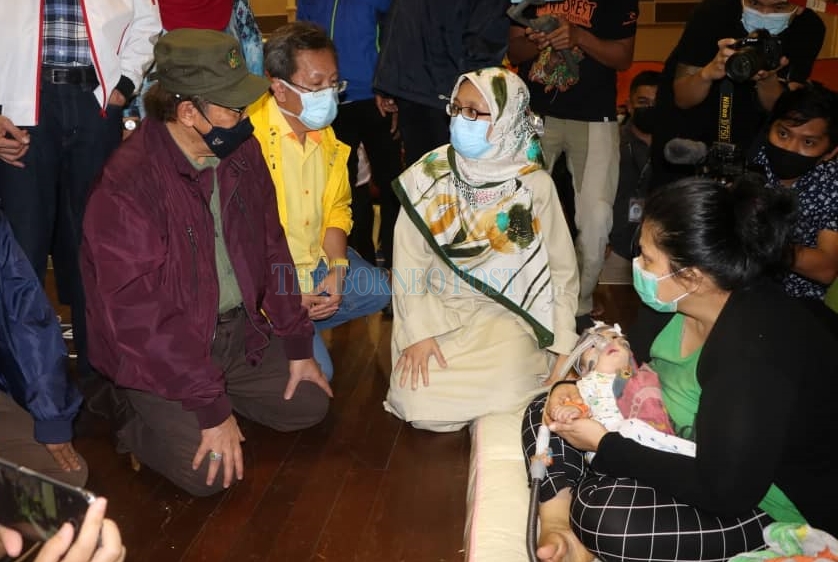 KUCHING (Jan 14): Chief Minister Datuk Patinggi Abang Johari Tun Openg is confident that the state election can be held as soon as the Emergency proclamation to curb the Covid-19 pandemic is revoked.

He said today that Sarawak abides and respects the Yang di-Pertuan Agong Al-Sultan Abdullah Ri’ayatuddin Al-Mustafa Billah Shah’s decision, adding that the Emergency was made in accordance with the Federal Constitution.

However, Abang Johari was confident that Sarawak would be able to conduct the 12th State Election when the Covid-19 pandemic in the state is brought under control.

“If the situation improves and the Agong is confident that the situation has improved, the Agong can declare another proclamation which only involves certain areas (states) in Malaysia,” he told a press conference after visiting flood victims at Dewan Haji Kamaruddin Temporary Evacuation Centre in Kampung Segedup here today.

Abang Johari said the sharp increase in Covid-19 cases in Sarawak was due to the Pasai Cluster in Sibu, and if it could be stemmed, the pandemic in the state would be under control again.

“If we maintain a high level of discipline to comply with the SOPs (standard operating procedures) and it shows positive development, the number of cases will definitely be lowered. And after that, we can hold elections,” he said.

On Tuesday, the Agong approved the Proclamation of Emergency until August 1 as a proactive measure to curb the Covid-19 epidemic nationwide.

The current term of the Sarawak legislative assembly will end on June 6, this year.

Meanwhile, Abang Johari reminded Sarawakians to be vigilant throughout this week due to severe weather conditions.

“I urge the people to be strong and prepared for evacuation to temporary evacuation centres should their homes get inundated, for their own safety. For this week, I hope the people will remain vigilant and wary of the situation around them,” he said.

At the same time, he reminded flood victims who were evacuated to temporary evacuation centres to follow the standard operating procedures (SOP) to curb the spread of Covid-19.

He said the process of evacuating flood victims to temporary flood evacuation centres in the state was closely monitored by the State Health Department and relevant agencies.

“That is why we are careful during the flood, and we do health screening when we evacuate flood victims,” he said.

When asked about special assistance for flood victims, Abang Johari said the state government would consider it on advice by the State Disaster Management Committee.

On the number of flood victims in Kuching division, Abang Johari said there were a total of 2,268 flood victims who had been placed at 30 temporary evacuation centres.

Of that figure, 1,949 were at 17 centres in Kuching district while the remaining 319 were at 13 centres in Bau district.