Tuesday, June 15
You are at:Home»News»Fatimah: 70,180 food baskets distributed in Sarawak EMCO areas since start of pandemic 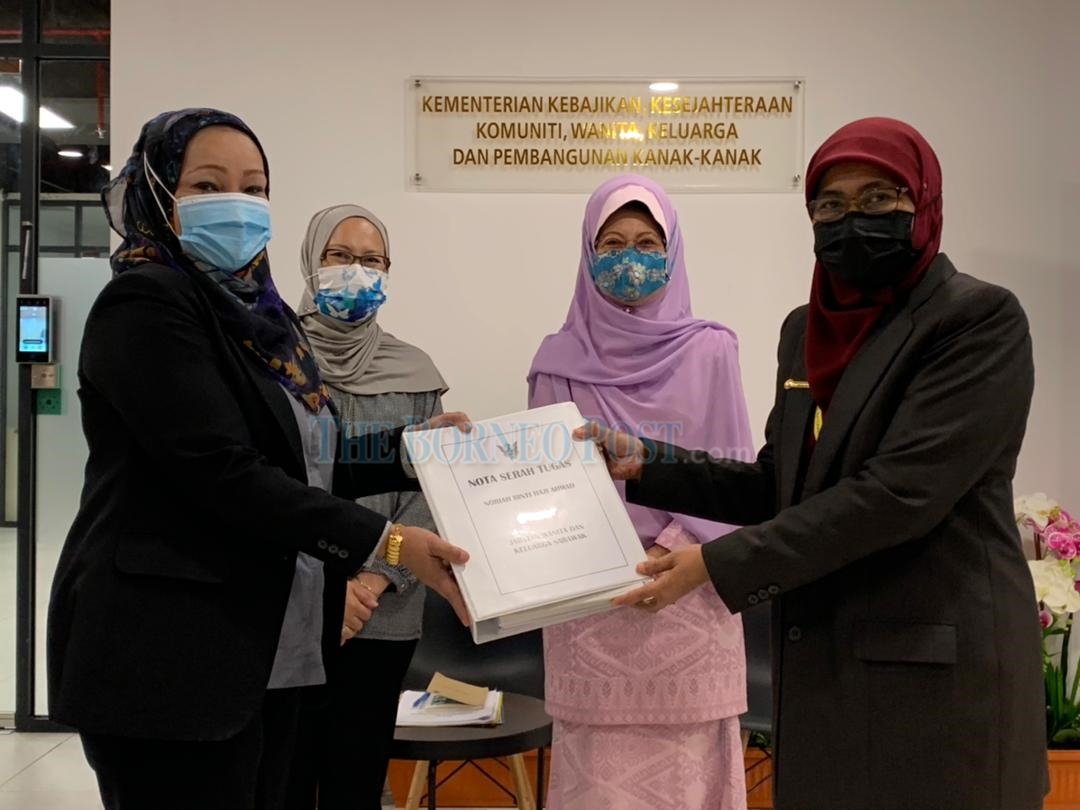 Fatimah (second right) witnessing the hand over of duties as Women and Family Department director from Noriah (left) to Norita.

The EMCO there was implemented from Oct 28 to Nov 10 after five positive Covid-19 cases were detected on Oct 27 following contact tracing. It was extended for another week but was lifted on Nov 13.

Aside from that, she told a press conference via Zoom that her ministry also provided food aid of RM837,840.70 to 5,895 families or 16,490 people affected by floods last year.

Meanwhile, Fatimah’s ministry also has many other state government initiatives to benefit the community from the cradle to the grave.

She said the ministry also introduced the Kenyalang Gold Card for senior citizens, which offers discounts or rebates for goods and services, and the Death Compassionate Assistance (BIK) of RM3,000 which is given to the cardholders’ next of kin to help reduce the family’s burden for burial.

There’s also ‘Bantuan Khas Pesakit Buah Pinggang’ (BKPBP), an aid for kidney failure patients from the B40 and M40 group for treatment and support, said Fatimah.

Noriah (left) handing over of duties to Norita, witnessed by Fatimah (second right) and Dr Rashidah.