Wednesday, December 8
You are at:Home»Columns»Perspective»Bring on your “A” game 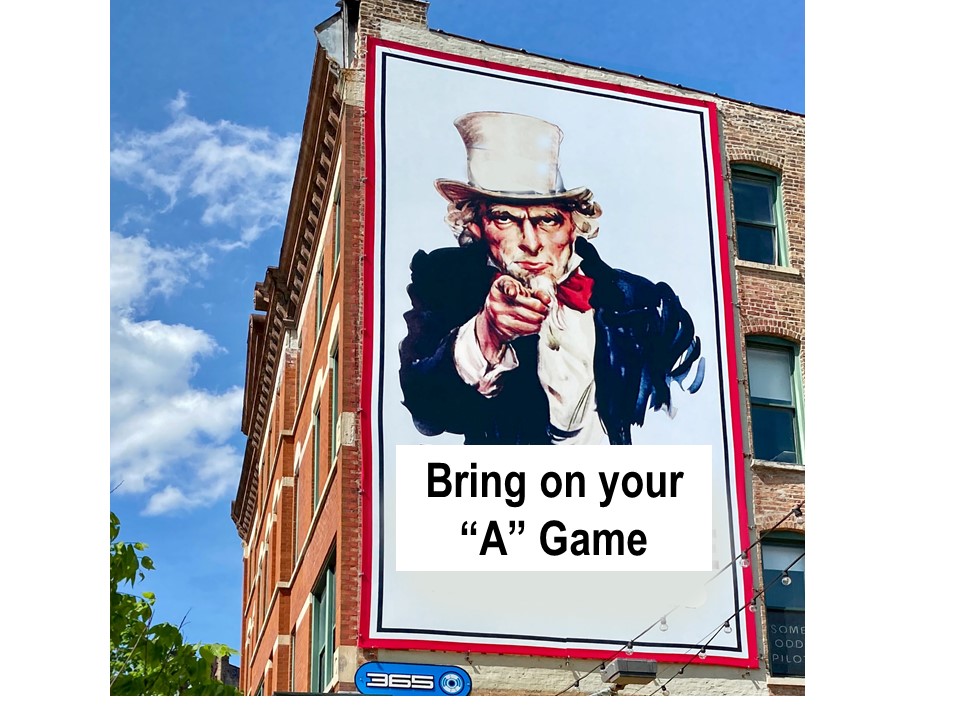 When I was in school, I used to play quite a bit of basketball. But I was not good enough to make the A team and so, I had to settle for the second-string team.

Came the tournament and our coach said to us, “Today we are meeting a tough team, so, it is going to be a big battle. I want you guys to bring out your “A” game. The whole school is going to cheer for you, and so is our sister school.” The news that the girls from our sister school were going to be rooting for the players gave us extra “chi”. Yes, we brought out our “A Plus” game. But to no avail. Our best was not good enough.

I was only sixteen then and I learnt an important lesson: to beat a mighty enemy we need three things:

Malaysia is meeting a mighty enemy, Covid and Co. Do we have the three important requisites? Let us go through the list.

Mahiaddin was given a carte blanche authority to muster his forces. Did he use this unfettered power wisely? Did he choose the best, the ablest and the most qualified? I think not. Firstly, he mistook quantity for quality. He packed his cabinet with ministers. He dished dish out cabinet positions like sweets for his supporters. Presently, he has 70 ministers and deputies in his cabinet as compared to 55 in the previous government.

Let us ignore the number for now, is the cabinet an “A” team? I do not know what or how the rest of the ministers are doing but I do freak out from the little I know about the most important person who is leading the battle against Covid, namely, the Minister of Health, Dr. Adham Baba. In first his public broadcast after his appointment he made the unscientific pronouncement that drinking warm water would flush the Covid-19 virus from the throat to the stomach where the acid there can kill it. I wonder did he pass his medical examination.

There is a quote (generally accredited to Mark Twain), “better to remain silent and be thought a fool than to speak and remove all doubt”. Dr. Adham wisely kept relatively quiet for some time after that utterance … until last week. Then he did it again. This time it was a howler. On 2 April (a day after April Fool’s Day) at his ministerial speech during a book launch at the Hospital Pengajar Universiti Putra Malaysia auditorium, he confused the pandemic flu of 1918 with Spanish Fly which is touted as “a natural and herbal aphrodisiac, which leads to a volcanic eruption of ultimate passion and a feeling of intense sexual desire and lust”.

So, if this is the captain of our team it is impossible to believe that the PM has assembled an “A” team for this epic battle. It seems he has taken a leaf from Najib’s playbook, namely, to place loyalty above intelligence in the selection of ministers.

A few weeks ago, I shared a story about the mayor of a village trying to steal the village bell which had been there since the foundation of the place. The bell was made of precious metal. When the villagers marched to object the mayor cunningly broke the bell and gave some pieces to the leaders of the protest. Those so gifted managed to convince the rest of the villagers to abandon their protest.

That was just a morality tale, a fiction but it appears that the PM played it out for real. In gratitude for their appointment, the ministers would continue to vote to keep him in power.

Over 50 years ago, my school’s “B” team cheered on by ardent supporters produced its “A” game. As we found out an “A” game from a “B” team is not enough.

Our Malaysia team is also trying its best to come up with its “A” game. There is a string of Control Orders (MCO, CMCO, RMCO, CMCO, etc.) and each with its SOP (standard operation procedure). Unfortunately, the number of afflicted with Covid is steadily climbing. We fear that our health system might be breaking.

This is the most important factor. Unfortunately, our government is suffering from a trust deficit. Not just the present regime. Over the years we witness the growing cynicism about the government and now it has developed into open contempt for all politicians.

We are in this Covid swamp together and it is imperative that we must pull together. Trust and support are indispensable. In my school days, the trust and supports of our fans gave us much fighting spirit but that was all they could give us. We, the players, were in the trenches, fighting the war. However, in the present battle against Covid the general populace, that is everyone (I mean everyone) is in the trenches together. Our individual and collective actions determine the outcome of this epic battle.

I submit that it is a misnomer to call the health team and the medicos frontliners. They are the backliners, our last refuge, and like goalkeepers, they hold our fate in their hands. Yes, they are heroes. But the real frontliners are you and me. We are the first line of defence. We must try to hold the fort and not the enemy in. We must eschew our selfish instinct and embrace wholeheartedly the ethos of “I am my brother’s keeper”.

The present government is hit by a triple whammy: it does not seem to be able to muster an “A” team to be able to put forward an “A” game. The general populace does not trust them.

Where do we go from here? We are scanning the horizon for rescuers. I for now do not have a ready answer. I can only take solace that “even with the darkest night, the dawn will still appear”.

I know it sounds so defeatist. However, even as I am typing this a friend sent me a video where someone masquerading as the wizard Gandalf appealed for a dream team to take over the helm of this floundering ship.

Let’s look at that next week. As they say, “hope springs eternal”.