Saturday, August 13
You are at:Home»News»Court»Joint statement on Petronas SST settlement was ‘out of the blue’, Wong tells court 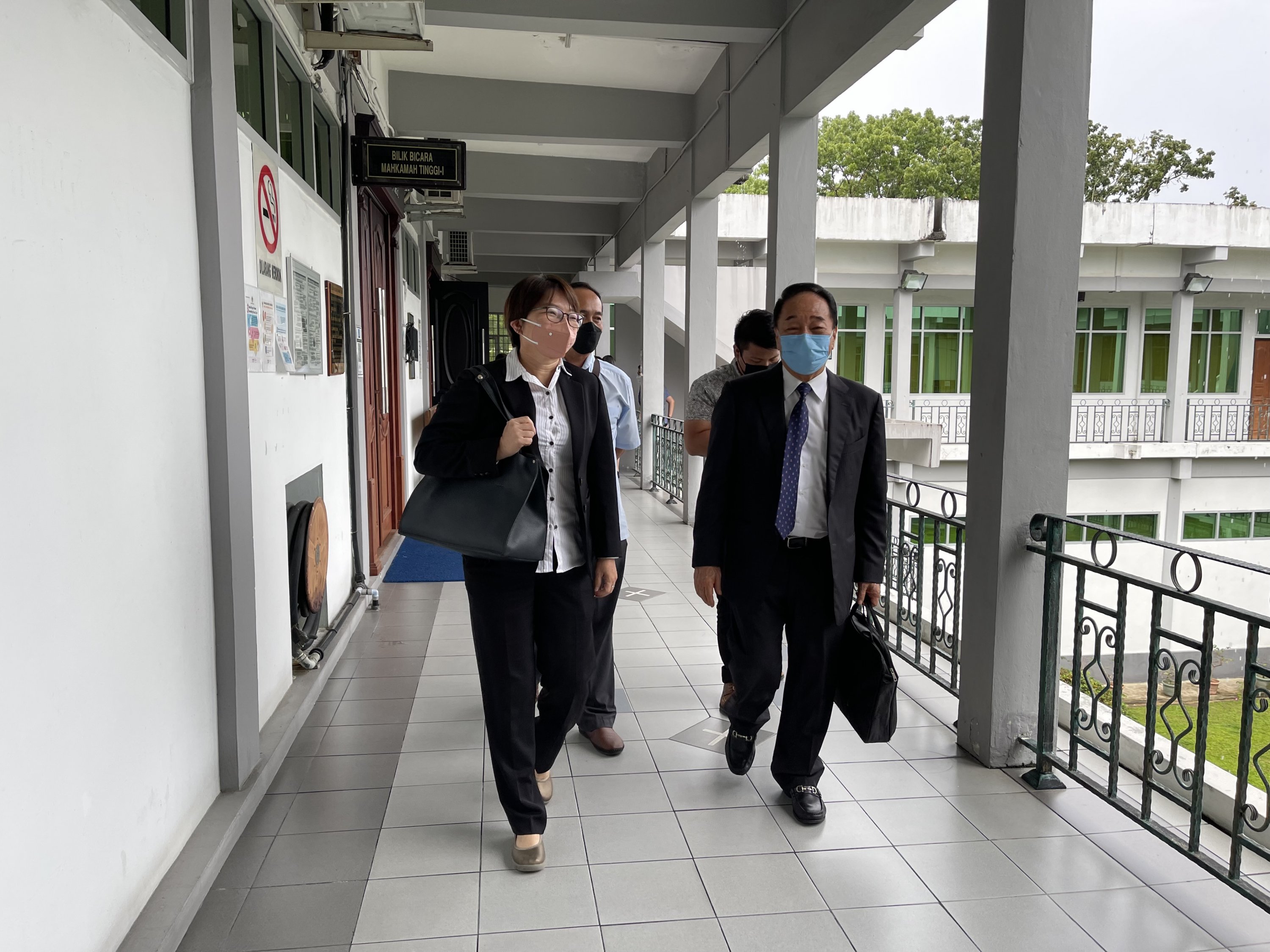 (From left) PSB Sibu task force member Wong Hie Ping and Soon Koh walk out from the court room after the proceedings yesterday.

SIBU (Sept 15): Dato Sri Wong Soon Koh told the High Court here yesterday that the Sarawak government would tarnish its reputation and integrity if it did not fully explain to the public the settlement between it and Petronas on the State Sales Tax (SST).

This was because the general impression of the deal was that it was arrived at behind closed doors, said the Parti Sarawak Bersatu president, who is the last defence witness to testify in the suit brought against him by the state government.

“There was no explanation before the joint statement as to why the joint statement came about out of the blue, unexpectedly particularly when the Kuching High Court had already dismissed Petronas’ application for Judicial Review, meaning that Kuching High Court had declared that the State Government of Sarawak has the constitutional right to impose SST on petroleum product,” he said, referring to the statement issued by the state government and Petronas on May 8 last year.

The plaintiff’s counsel Dato Sri JC Fong had put to Wong that his accusation that there was a ‘massive discount’ given to Petronas would tarnish the reputation and integrity of the government in the eyes of foreign oil and gas investors.

Wong, who is Bawang Assan assemblyman, said that up to the time when he issued his press statement on May 9, which is at the centre of the suit, the sum paid by Petronas was only RM2 billion.

He said there was a period of great uncertainty, including among elected representatives, and anyone who came across the joint statement would be under the impression that it was a hefty discount.

Fong: Your own witness DW2 (former Petronas chairman Tan Sri Ahmad Nizam Salleh) testified that the sum of RM2,956,671,407.36 was the full amount of SST that Petronas has to pay for Year 2019 and there was no massive discount. In light of your own witness’ evidence, do you now agree that there was no massive discount of SST given by the plaintiff to Petronas?

Wong: In the (2019 State) Budget, it was stated that the amount was RM3.897 billion. If Petronas only paid RM2.956 billion, it is still short of RM900 million which is a big sum in view of the fact that the total revenue collected by the State Government from 2016 to 2018 only average about RM6 billion. So, RM900 million short, to me, in view of the relatively small amount of total revenue collected by the State Government would still appear to be a big discount.

Fong: Are you disputing your own witness’ evidence that the sum of RM2.956 billion was the amount that was assessed by the controller based on actual volume of petroleum products sold and the sales price obtained?

Wong: When I issued the statement in May 2020, the fixed amount of SST from Petronas had not been finalised. Comptroller of SST told this honourable court that she could only arrive at the exact amount when she finalised the SST due to the State Government to be paid by Petronas in August. In other words, she only finalised the amount of SST some three months after I issued my press statement. So my statement had to be based solely on the Annual Budget delivered by the chief minister which stated that the total amount of SST was RM3.897 billion.

Fong: Since your witness said RM2.9 billion had been paid by Petronas for SST for the year 2019 as assessed by the Comptroller, do you today still maintain there was a shortfall of RM4.775 billion?

Wong: To me that was immaterial. At the time when I issued my statement, the sum of RM2.9 billion paid by Petronas was not there.

Earlier, Wong told the court that the anticipated amount of SST payable by Petronas for 2019 and 2020 amounted to RM6.775 billion.

Up to the time of the joint statement, Wong said the amount stated to be paid was RM2 billion, thus, the shortfall for the two years would be RM4.775 billion.

He said it was uncertain whether the rest of the payment (RM4.775 billion) would be forthcoming.

Fong: In your statement to the Consultation Committee that Petronas alone should pay RM2.878 billion, you did not impose any qualification on the correctness of that sum, agree?

Wong: That was the statement from me at that moment which appeared to be a reduction according to my former colleague in the Ministry of Finance.

Fong: Can we have the name of your former colleague?

Wong: I have been in the ministry for finance for 16 years, I always dropped by to see them even after I resigned from the State Cabinet and we still discussed a lot of things relating to the state finance over a cup of coffee. I could not pinpoint which one but it was during the discussion that there could be a possible reduction of RM1 billion from among the group from what I learnt.

Fong: From your answer, it would appear that the group of officers in the Ministry of Finance knew that with the exclusion of natural gas as a taxable item, the amount that can be collected from SST would not be the anticipated or estimated sum of RM3.897 billion but RM2.878 billion, right?

Wong: As I said, that was a casual talk among the officers in the Ministry of Finance and they are not sure the exact amount which must come from the Comptroller of SST. So, the deduction of RM1 billion was just a casual talk over a cup of coffee.

Fong: Is there any record from Consultation Committee minutes that you informed the Committee that the anticipated revenue from oil and gas budget 2019 was RM3.897 billion and there was a hefty discount of RM4.775 billion given by the State Government to Petronas?

He also told the court that as Second Finance Minister that he would not be able to check personally the sales volumes as it would be beyond his duty to go into such duties which are supposed to be performed by all the officers concerned.

He said he had to depend on the officers concerned and he accepted the figure of RM3.897 billion for his winding up speech in the August House on Nov 13, 2018 as the Second Finance Minister.

Wong also said that he must take the figure as correct from his superior. He also believed that it was not correct to question the chief minister whether or not the figure was correct.

The chief minister, he said, would also have to trust his officers to come up with a correct figure.

The state government is claiming that Wong had defamed it in the statement issued on May 9 which questioned the settlement with Petronas on the SST.

It is suing Wong for RM5 million.